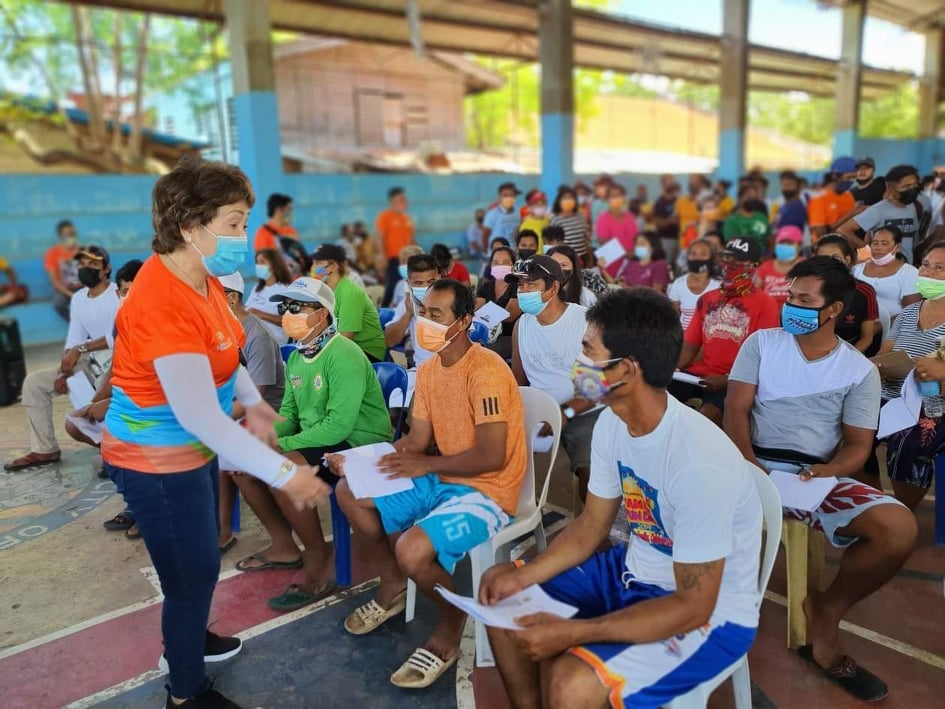 LAPU-LAPU CITY, Philippines — More than 700 residents in Olango Island in Lapu-Lapu City have each received financial assistance worth P1,500 from the Department of Social Welfare and Development in Central Visayas (DSWD-7) on Wednesday May 5, 2021.

The financial assistance came from the Assistance to Individuals in Crisis Situation (AICS) program of the DSWD in Lapu-Lapu City, which is for the poor, marginalized and vulnerable or disadvantaged individuals who badly needed assistance in this time of crisis brought by the coronavirus disease 2019 (COVID-19) pandemic in the city.

The P1,500 was given to beneficiaries in Olango Island’s Barangays Talima, San Vicente, Baring, Tingo, Sabang, and Sta. Rosa, who were engaged in shell craft making, boatmen, island hopping tourist guides, and fishermen.

Radaza helped made the AICS program a reality by ensuring in Congress that enough funds are included in the national budget for the implementation of the program in Lapu-Lapu City.

Aside from those beneficiaries in Olango Island, Radaza said that around 2,000 individuals would also receive financial assistance in mainland Lapu-Lapu in the next couple of days.

Is your family qualified for DSWD’s Livelihood Assistance Grant?

Read Next
6 sweet gestures all mothers will surely appreciate