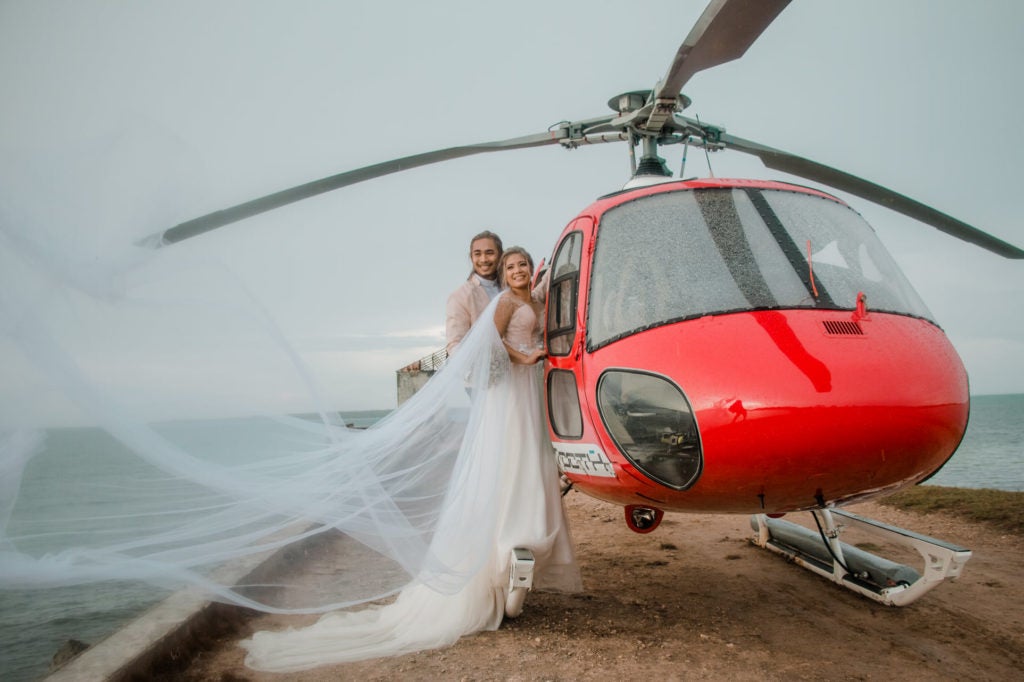 CEBU CITY, Philippines— A couple from Luzon received a wedding gift that they will never forget.

This is indeed one for the books.

Joel and Cherie Ala are originally from Luzon and have been staying in Cebu for eight years due to work.

Joel works as an airline mechanic while Cheri is a financial advisor.

The couple decided to tie the knot in Bantayan Island, Cebu because of their love for the island located north of the province.

To make the wedding more special, they came up with a unique idea to have the bride arrive the venue in a helicopter.

According to London Villaruel, the couple’s wedding photographer, they had to land the chopper a little further from the church for safety reasons.

“The chopper departed from Bantayan Airport, which is situated in the town of Santa Fe, then to the Bantayan Central Elementary School, where it landed. The bride, then, rode her bridal car heading to Saints Peter and Paul Parish in Bantayan proper,” he said.

This chopper ride was a gift from one of the couple’s major principal sponsors, who happens to be the bride’s boss too.

The wedding happened on Saturday, May 8, 2021, and up to this day, the photos posted by Villaruel and CDN Digital have been gaining attention online. 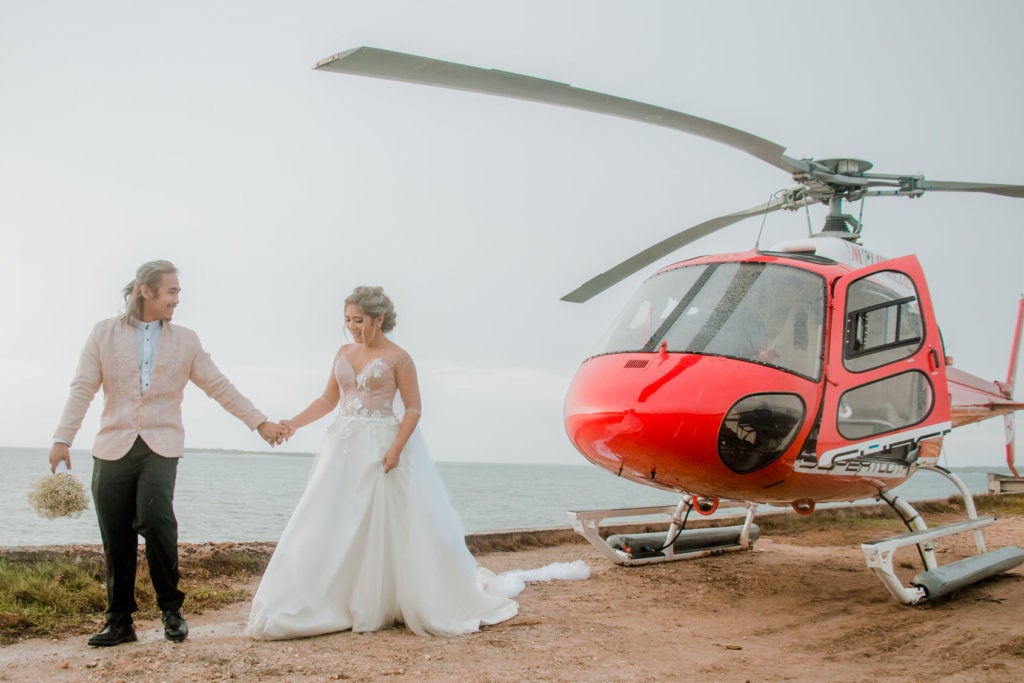 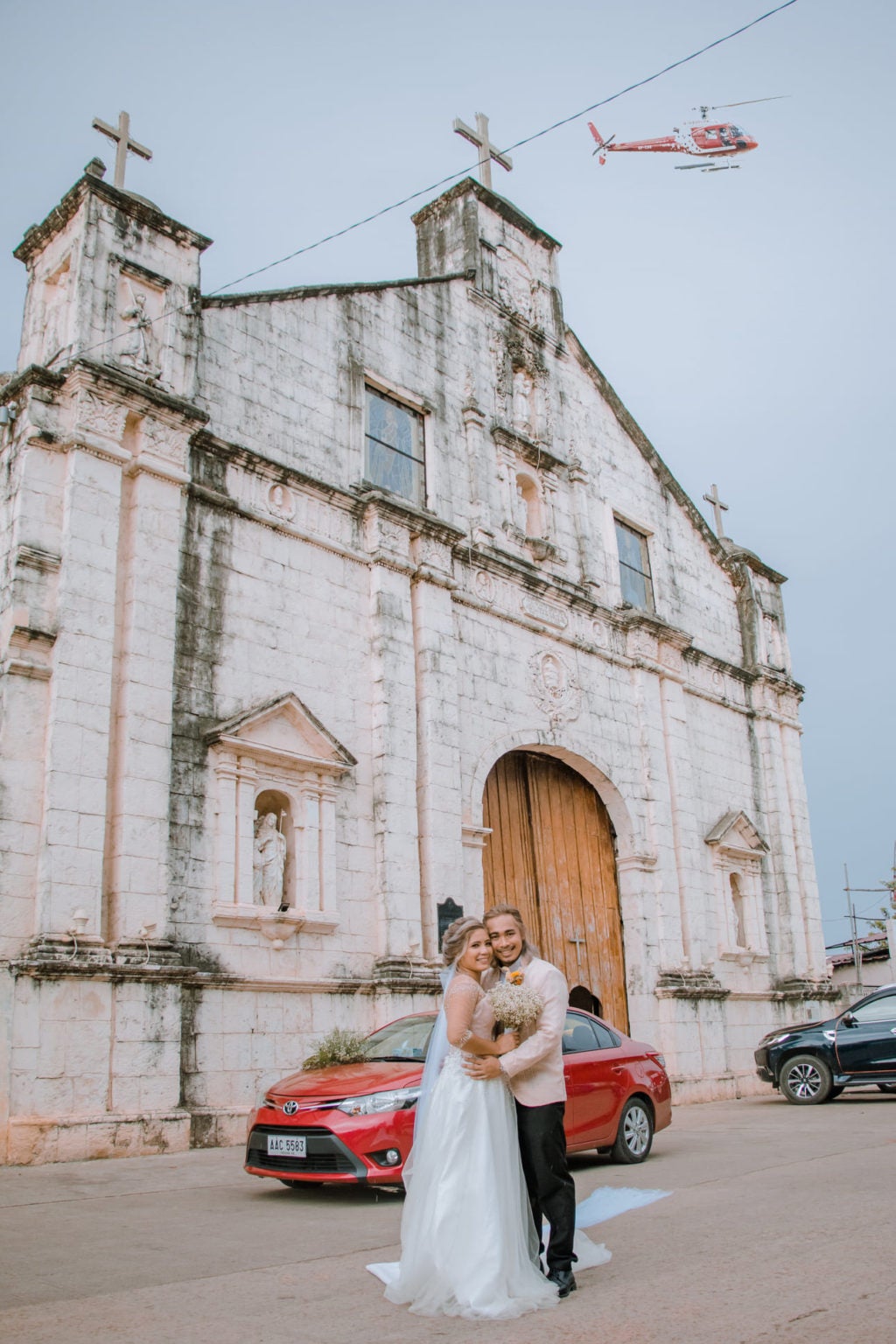 To the couple, congratulations. To the wedding team, job well done in capturing the couple’s special moments on their wedding day.

Love was literally in the air in this one!