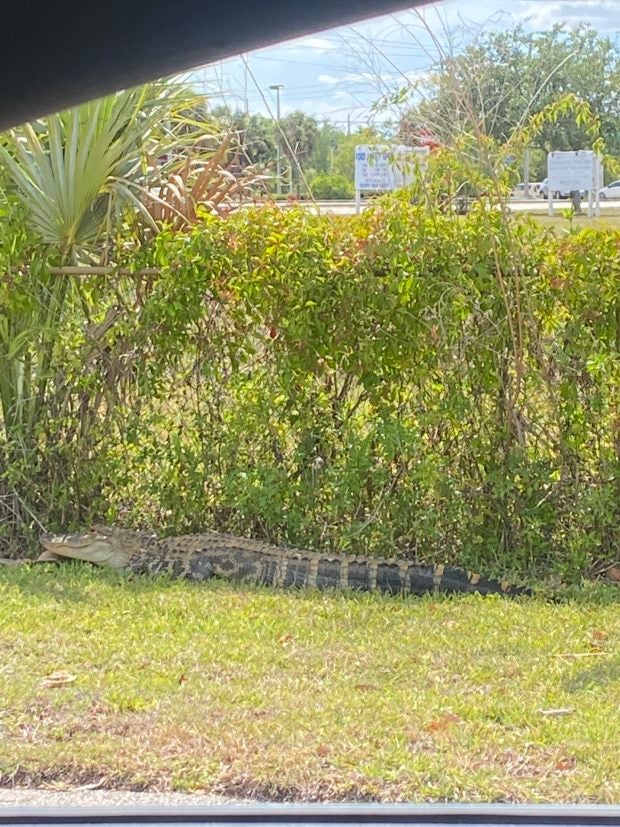 The alligator was spotted at a Wendy’s parking lot in Florida, USA. Image: Twitter/@leesheriff

A “hangry” alligator was seen chasing pedestrians in the parking lot of a fast-food restaurant in Florida in the United States.

The alligator, which was said to measure 6 feet long, was caught at a Wendy’s in Lehigh Acres last Monday, May 17, as per NBC affiliate WBBH the next day.

The Lee County Sheriff’s Office was called to the scene and was able to catch the alligator, it announced via its official Twitter page yesterday, May 18.

“Deputies responded to Lee Blvd today after this 6-ft gator chased pedestrians through a Wendy’s parking lot. He may have just been ‘hangry’ for a cheeseburger, but he gave many quite the scare!” it said.

He may have just been “hangry” for a cheeseburger, but he gave many quite the scare!

Alongside FWC, we wrangled the gator and safely relocated it. pic.twitter.com/OIiDHCmMJC

The deputies were assisted by the Florida Fish and Wildlife Conservation Commission in wrangling the gator, according to the report.

Wildlife officials, meanwhile, said they believed the alligator was just trying to cross Lee Boulevard to get from one body of water to another.

The wild reptile has since been relocated to a farm in La Belle, the report said. No injuries were, meanwhile, recorded. Ian Biong /ra