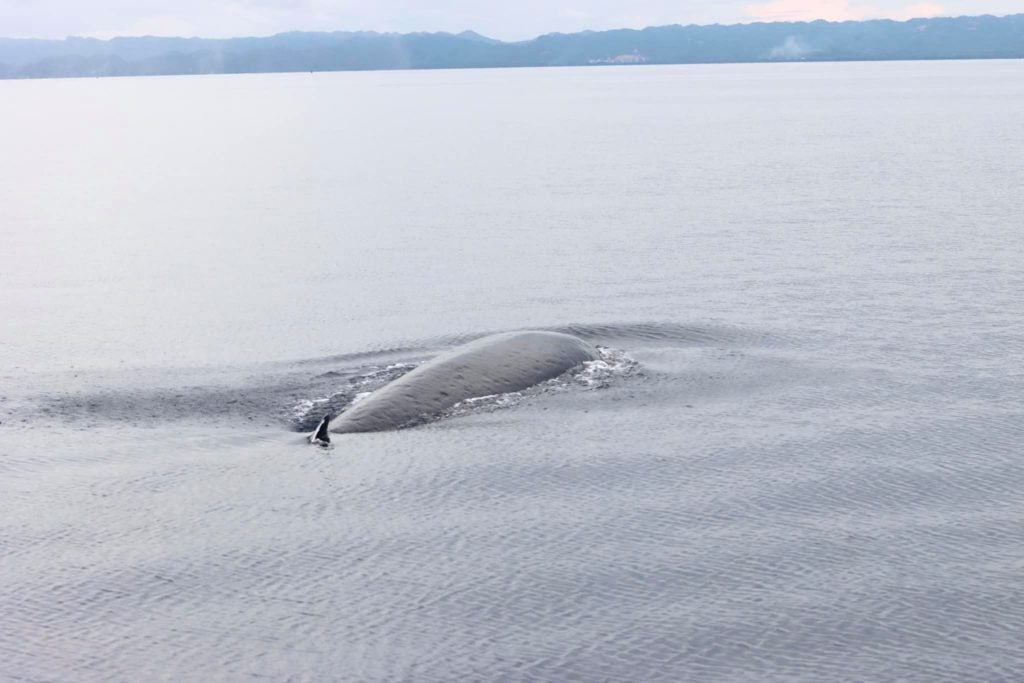 The whale was spotted off the seawaters of Vallehermoso town in Negros Oriental by experts who were doing the 2021 Cetacean Survey for Tañon Strait on Wednesday, May 19, 2021, a post from the Tañon Strait Protected Seascape (TSPS) read.

“A gentle reminder to all people out there to always handle our wildlife with utmost care. Never go near any wildlife for fun and leisure. This sighting was made possible for our research and monitoring within the largest marine reserve in the Philippines,” it added.

According to the National Oceanic and Atmospheric Administration (NOAA) of the U.S. Government,  Bryde’s whales are part of the baleen whale family, or ‘the great whales’, that include the humpback whales and blue whales.

They can be found in ‘warm, temperate oceans, including the Atlantic, Indian, and Pacific.’

Tañon Strait, the body of water that separates the islands of Negros and Cebu, is the Philippines’ largest marine protected area, encompassing 5,182 square kilometers.

It is also known for having a rich marine biodiversity.

Based on a list compiled by the non-profit organization Oceana, other marine mammals found in Tañon Strait included spinner dolphins, sperm whales, dugongs (sea cows in English), and the ‘rare’ pygmy killer whale.

IN PHOTOS: Dolphin watching at the Tañon Strait