More Filipino travelers from abroad expected to transit via MCIA 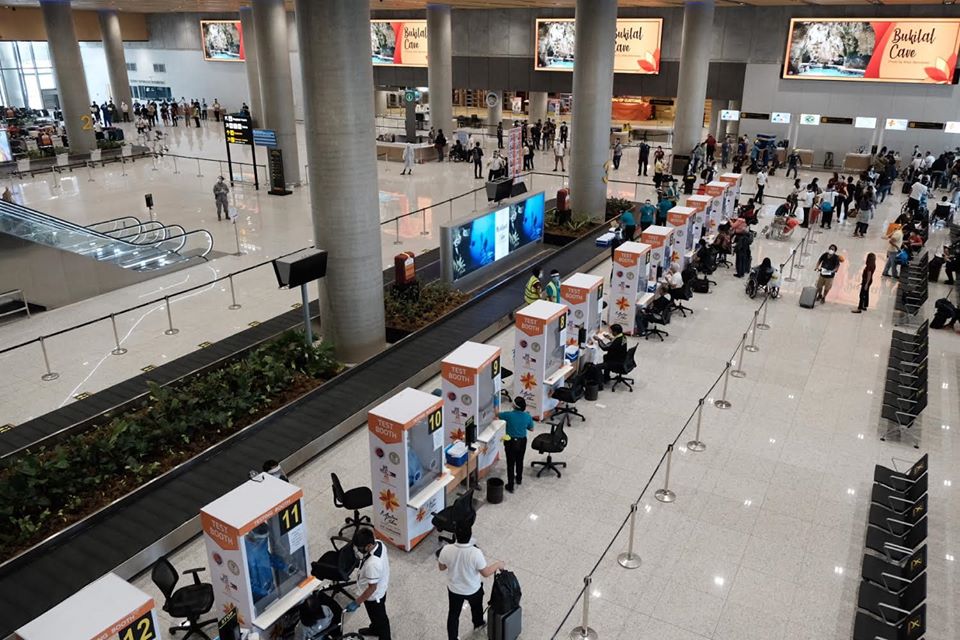 CEBU CITY, Philippines — Local officials here in Cebu assured Filipino travelers from abroad transiting via the Mactan airport that the island-province has enough isolation rooms for their stay.

Dr. Mary Jean Loreche, Department of Health in Central Visayas (DOH-7) spokesperson, said their agency had already coordinated with the concerned state bureaus and hoteliers on the matter.

“Some of them (transiting passengers from abroad) have already been released. OWWA (Overseas Workers Welfare Administration) is busy coordinating this with our BOQ (Bureau of Quarantine),” said Loreche in Cebuano.

“Once they (transiting passengers) have been released from their hotel rooms, definitely we still have enough rooms to accommodate (incoming travelers),” she added.

Cebu Governor Gwendolyn Garcia, in a report from the Capitol’s media arm Sugbo News, also announced that she submitted a letter to the Civil Aeronautics Board (CAB), requesting the latter to scrap the policy imposing a 300-passenger limit of international arrivals at MCIA.

“The CAB order was released on May 12 after the Regional Inter-Agency Task Force for the Management of Emerging Infectious Diseases issued a resolution that recommended setting a limit to the frequency of international flight arrivals at the MCIA due to the lack of quarantine facilities,” read portions of the report from Sugbo News.

Cebu province’s protocols mandate all ROFs and OFWs arriving in MCIA to be swabbed upon arrival and will stay for a maximum of three days in designated hotel rooms pending their results.

They can only proceed to their respective destinations if they test negative COVID-19 otherwise, health authorities will have to transfer them to a nearby COVID-19 isolation facility.

The island-province has 2,500 hotel rooms designated as isolation rooms for ROFs and OFWs, who are only transiting here.

Local health officials here are also bracing for more travelers from abroad to transit via MCIA.

According to Loreche, most of the Filipino passengers from overseas arriving at MCIA are non-Cebu residents.

“Only 20 percent are from Cebu. The other 80 percent are from other regions and provinces… so they need to undergo swab tests on their 7th day. This is why our hotel rooms are nearing full capacities,” explained Loreche.

Loreche also said MCIA’s decision to temporarily bar international arrivals from May 14 to May 15 stemmed from the swab-on-the-7th-day-upon-arrival rule, under IATF’s Resolution No. 104.

“But based on our recent meetings with the governor and the rest of the agencies, and we already have the provincial ordinance that says all Cebu residents can proceed to their LGUs (local government units) after two to three days and that they test negative (of the infection), then we won’t be having any problems in terms of vacancies in our quarantine hotels,” Loreche added.

In the meantime, the DOH-7 official urged incoming ROFs and OFWs, who planned to transit via Cebu, to follow health protocols here in the province, and those from the LGU of their destination.

“We did not relax our health and quarantine protocols. We do not have lax protocols,” said Loreche.

“Scientifically speaking, we believed it is better to test travelers upon arrival so if they turn out positive then and there, we can immediately control the spread. If we’re going to swab them on the 7th day upon arrival, chances are they have already mingled with other people in the hotel where they are staying, and possibly infecting others,” she added.