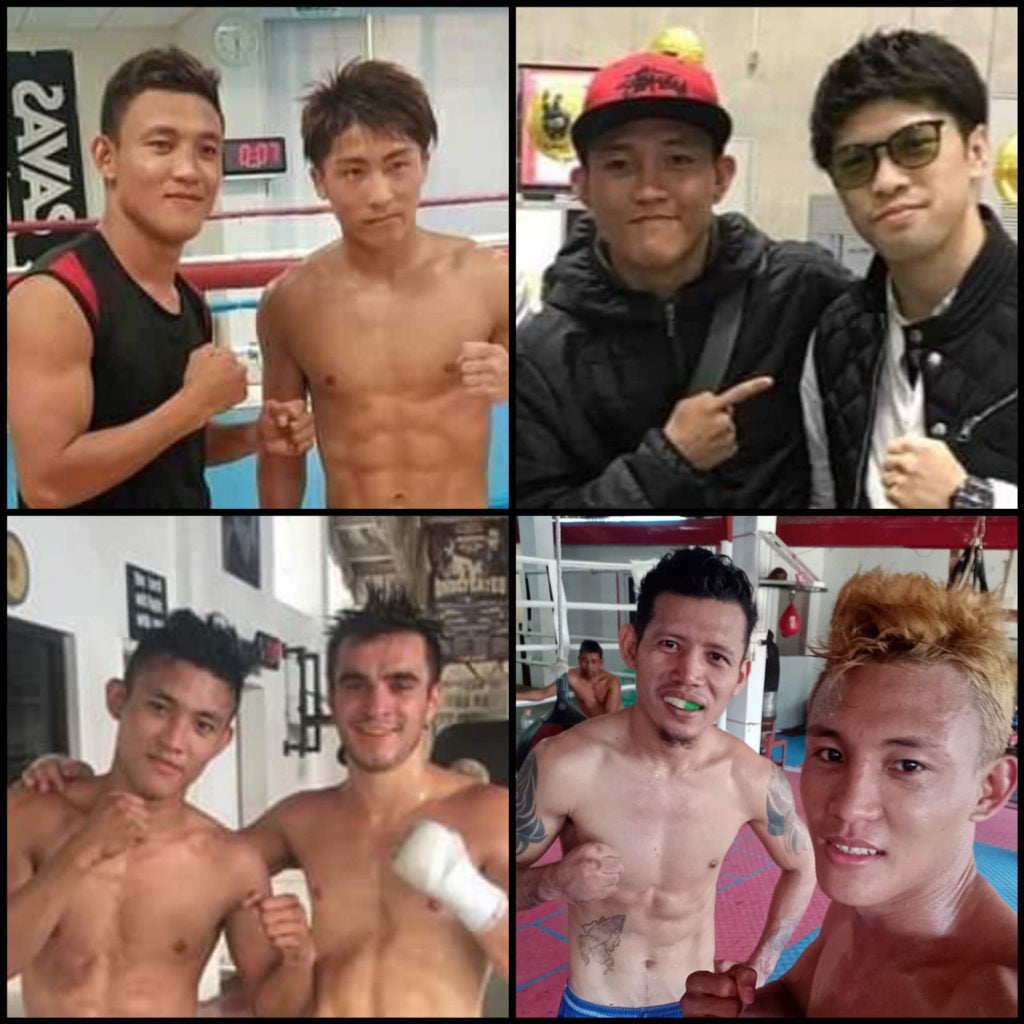 CEBU CITY, Philippines — If anyone out there has tremendous knowledge and experience in boxing at a very young age, it is the undefeated Cebuano ring warrior Kevin Jake “KJ” Cataraja.

At 26, Cataraja may not have fought for a world title either against a world champion, but the pride of Tabuelan town, northwest Cebu, earns his knowledge and hones his skills in the sweet science of boxing through his experience of sparring with world boxing champions.

For several years, Cataraja, the former boxer of the ALA Boxing Gym in Cebu, has been hired by many world champions as their sparring partner to prepare for their scheduled bouts.

Cataraja has been the sparring partner of Japanese boxing superstar Naoya Inoue, the WBA and IBF world bantamweight champion.

“I learned a lot from sparring with world champions. I take note of everything from their moves, their style, and their techniques,” Cataraja told CDN Digital.

“Half of what I’ve learned in my boxing career came from sparring with world champions and it makes me very proud of myself for having that very rare experience. It also gave me confidence inside the ring considering I’ve already exchanged punches with world champions,” said the Cebuano boxer.

“I’m also very lucky because they also shared some valuable tips to me. I memorize everything what they’ve taught me and I applied it on my training and even in my fights,” added Cataraja.

“Sparring with them is also like fighting for a world title.”

Cataraja is undefeated at 12 wins with 10 knockouts. He is the reigning WBO youth super flyweight champion and is currently fighting under Zip Sanman Boxing Stable.

When he was still under the ALA Boxing Gym’s fold, Cataraja served as the regular sparring partner of Filipino boxing legend, the four-division world champion Donnie “Ahas” Nietes.

Currently, he is one of the sparring partners of IBO world bantamweight king Michael Dasmariñas who is set to challenge Naoya Inoue on June 19 in Las Vegas, USA.

When asked who among the world champions hit the hardest, Cataraja said they have different styles, punching power and speed.

However, the Cebuano boxer picked his former stablemate, the 38-year old Nietes, as the most difficult world champion he sparred with.

“I think he’s the most difficult boxer that I’ve sparred because he’s a veteran, second, he’s very hard to hit. I’ve been sparring with Donnie (Nietes) since I was 16 and until now I can’t land a clean punch on his face.”

Cataraja said that his experience sparring with world champions made him to adapt to their styles and mimic them whenever he’s on the ring, sparring another boxer or an actual boxing match.

“I don’t just spar, I also study their every movement, their punches, their footwork and I apply all of that to myself because I want to become one of them, a world champion someday.”

The young Cebuano boxer is currently training for his bout scheduled on June 26. His opponent’s identity has yet to be announced.

Read Next
Almacen, the fourth Pinoy boxer to lose in South Africa in a month