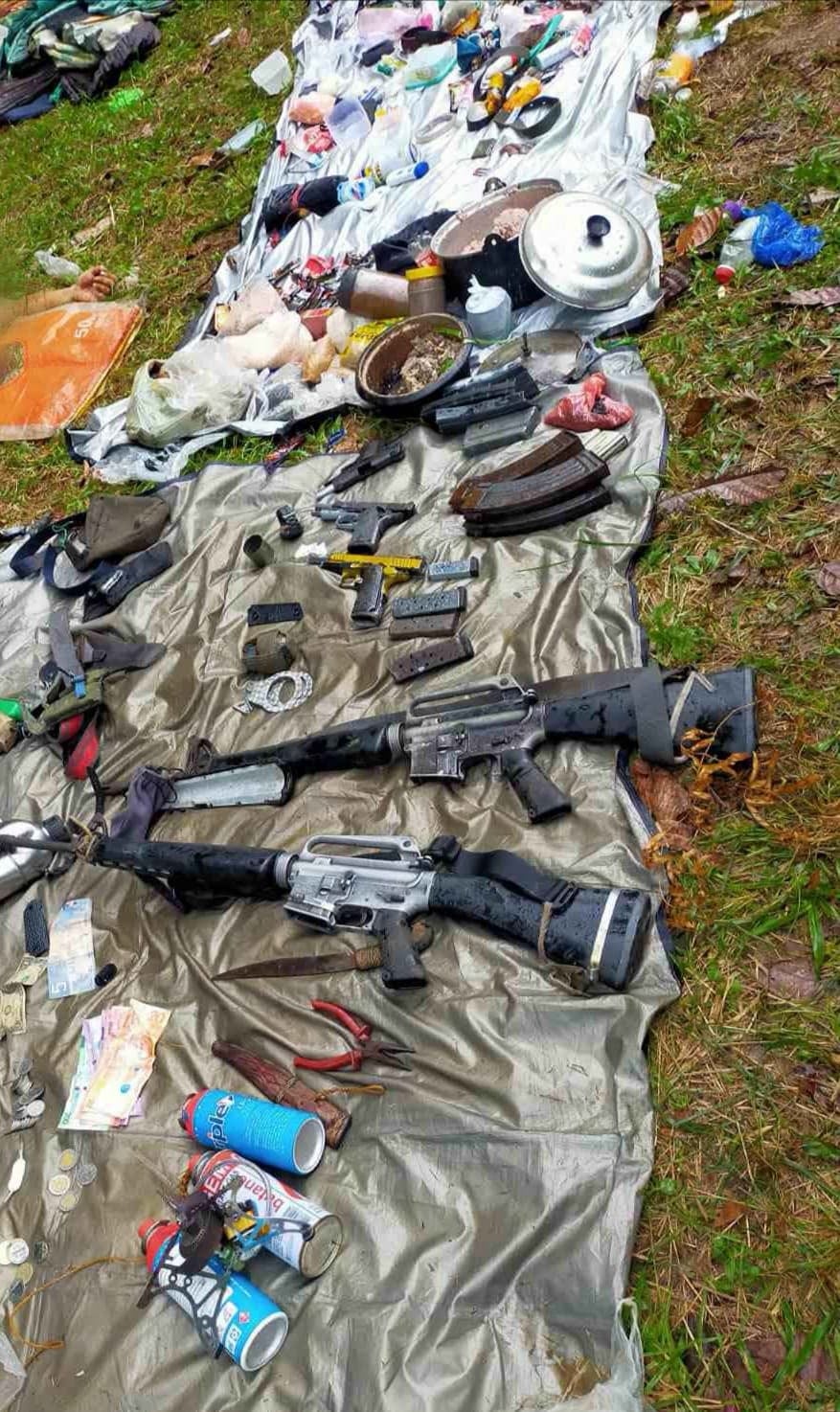 High-powered firearms were among the evidence recovered from the firefight scene in Bilar, Bohol that resulted in the deaths of five suspected NPA members on May 25. The army’s 3rd Infantry Division on Wednesday, May 26, said they will closely monitor the situation in Bohol province following the encounter. | Photo from CentComm

CEBU CITY, Philippines – Following the firefight between soldiers and suspected members of communist rebels in a town in Bohol, the Philippine Army will be closely monitoring the island province for any possible insurgency-related activities.

The 3rd Infantry Division of the Armed Forces of the Philippines (AFP) on Wednesday, May 26, 2021, said they already received reports that some family members are now claiming the bodies of the five alleged members of the New People’s Army (NPA) who died during a gunfight with soldiers from the 47th Infantry Battalion last Tuesday, May 25 in Bilar town.

“I just have received information from the ground nga naa nay niclaim sa mga patayng lawas (the dead bodies were already claimed) but the official report for this has yet to be written,” said Major Cenon Pancito, spokesperson of the 3rd Infantry Division, in a phone interview with the media.

Bohol was declared an insurgent-free province in 2009.

But Tuesday’s two-hour gunfight in Barangay Cabacnitan led the army to be on alert for any personalities or groups that will attempt to revive the presence of armed rebels in the province.

“In terms of expanding and making Bohol a significant committee stronghold, wala pa na nila achieve. It can be suggested that they are already starting but it is not a full-blown insurgency,” he added.

Pancito also said based on their initial findings, the communist-rebels are having a hard time establishing a strong presence in Bohol since they failed to recruit new members.

In the meantime, the Philippine Army extended its gratitude to the local communities in Bohol for helping maintain the province’s peace and order.

“We are so thankful for the community itself in Bohol, the LGU (local government unit), and local chief executives because they are pushing to preserve the peace and order in Bohol,” said Pancito.

High-powered firearms such as two M16 rifles, five caliber .45 pistols, a bandolier, rifle magazines with ammunition, a grenade, a laptop, cellular phones, a radio, and subversive documents were confiscated from the fatalities.

The first armed encounter happened around 5:30 a.m. in which three communist guerrillas died. A member of the 47th Infantry Battalion was wounded and rushed to a nearby hospital for treatment.

The second one occurred 30 minutes later when soldiers gunned down two more rebels attempting to escape.

More than 50 families caught in the crossfire were evacuated and are temporarily staying in Barangay Cabacnitan Hall.