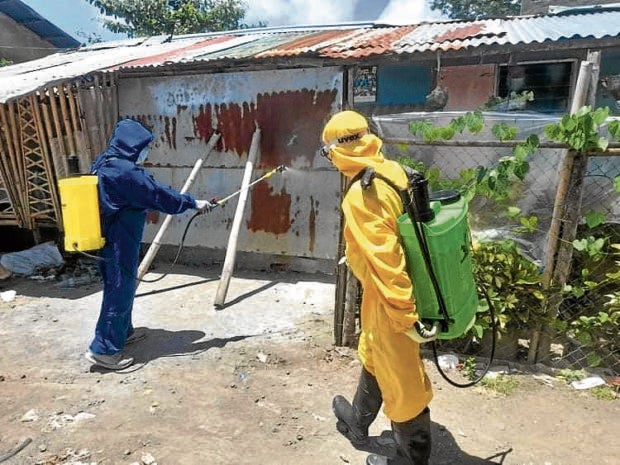 DAVAO CITY—Government hospitals in the cities of Davao and Roxas are scrambling for additional beds as COVID-19 infections continue to rise in the Davao Region and in Capiz province.

He said SPMC would lend 10 of its ventilators to private hospitals willing to accept nonvirus patients referred by SPMC, who would no longer be made to pay and be treated as charity.

This developed as Audan requested Presidential Adviser on the Peace Process Carlito Galvez Jr., also national vaccination head, and Police Regional Director Brig. Gen. Filmore Escobal for the recall of the Army and Bureau of Fire Protection nurses earlier sent to Metro Manila to augment the medical front-liners in the national capital.

He said they would need the nurses as the emergency room (ER) patients of the 1,500-bed SPMC already went up by 140 percent in the last two weeks because of the sheer number of COVID-19 cases.

“We are starting to call our ER every night as the scene of a ‘midnight sale’ because it is already too crammed,” he said.

Audan said they had doubled the number of beds assigned at the intensive care unit to 76 beds, but still only the last bed remained unoccupied.

Of the hospital’s 312 wards set aside for COVID-19 cases, 289 have already been occupied on Monday.

“Probably we were very complacent during the months [of March and April] when the number of daily cases went down,” he explained.

Health Regional Director Annabelle Yumang said most of these new cases were registered in the last week of May at an average of 200 a day.

“Once [RMPH] reaches full capacity, there will be no other option but to declare a time out to allow the hospital to cater to the patients already admitted,” according to the hospital’s statement.

The four private hospitals in the province have also reached their capacity for COVID-19 patients.

As of May 30, Capiz has 488 active cases. Forty-two new cases were reported on May 30 alone, as Roxas City reverted to the more restrictive modified enhanced community quarantine from June 1 to June 16 due to a surge in infections.

Read Next
What will Manny Pacquiao do now?