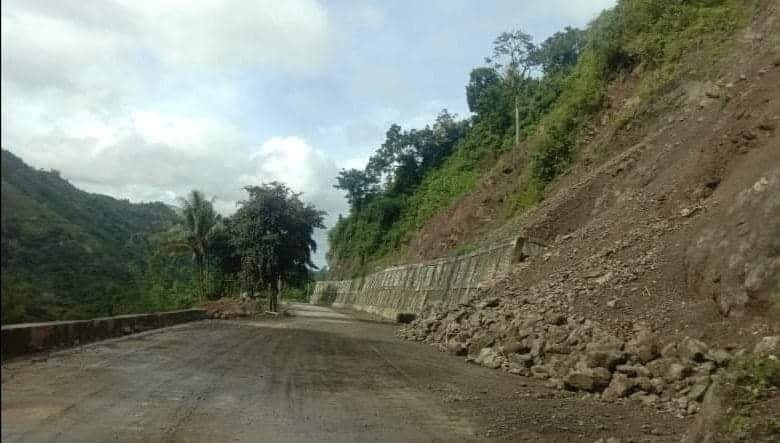 On a Facebook post, Gullas said that the City Disaster Risk Reduction and Management Office (CDRRMO) has advised the reopening of the road after the weather has calmed.

Cebu was lifted out of Storm Signal Number 1 by noon of Wednesday, June 2, 2021, following a day of heavy rain brought by Tropical Storm (TS) Dante.

Initially, a portion of the Manipis Road was blocked by falling debris from a landslide in Barangay Manipis, which buried a motorcycle with it.

The CDRRMO responded to the incident and for a day, the road was closed for motorists.

” With Tropical Storm Dante now out of Cebu and Signal No.1 has been lifted in all parts of Cebu, the city through the recommendation of the City Disaster head have decided to reopen the Manipis-Toledo Access Road back to all vehicles.”

“Aside from that, our City Disaster head, Alvin Santillana, informed me earlier that the debris caused by a landslide on Tuesday has already been cleared,” said Gullas in a post.

Gullas also reported that aside from the landslide and the flooding, most of the city was spared and no casualty was recorded during TS Dante’s onslaught.

He praised the CDRRMO and the barangays for being quick to respond and for being able to mitigate big disasters that could have occurred due to TS Dante.

“Even though we were not hit directly by the storm, it goes to show that our officials are no longer complacent when it comes to disaster preparedness. Makita na gyud nga dili nata mukompyansa basta mangandam ta ug katalagman,” added the mayor.  /rcg