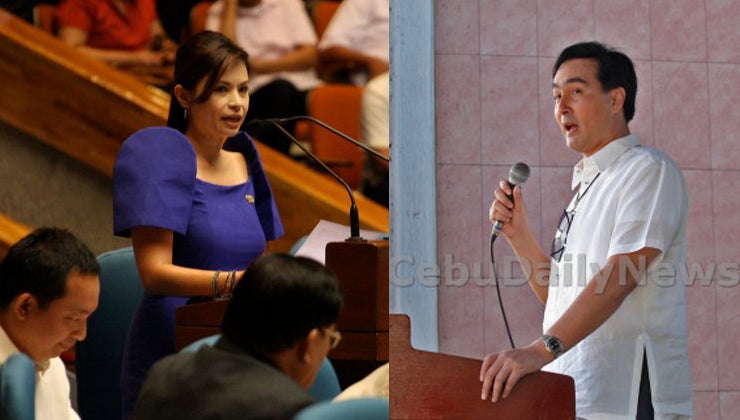 This developed shortly after Former Governor Lito has announced his desire to see his son as the Representative of the North District and for Cutie del Mar as the City Mayor.

Lito has always kept a close relationship with the Del Mar family and although reports have circulated that Cutie will be running for a congressional seat, he said he does not want Mimo and Cutie to fight over the position.

“I am not going to fight with Cutie. I want them both (Mimo) to serve the country and Cebuanos,” said the former governor.

However, in a phone interview with CDN Digital, Cutie del Mar firmly declined the wish of Osmeña saying she is determined to continue her father’s legacy.

Cutie has already served as a representative of the North District in 2010 and has held positions in Congress such as the vice-chairperson of the Committee on Inter-Parliamentary Relations and Diplomacy, as well of the Committee on Public Information. She was also a member of the committees on Appropriations, Games and Amusements, Legislative Franchises, and Tourism.

“Serving the people of Cebu has been my family’s commitment for the past 33 years. I would be happy to continue his work. There are still many projects I have to complete as a member of congress. It’s my commitment to the people, the city, and my late father,” said Cutie.

Cutie said she is not concerned as to who she will be running against in the upcoming elections and she is ready to hold her campaign whoever the opponent may be.

As for businessman, Mimo Osmeña, he is yet to decide if he will be running for the congressional seat, but he said he is now ready to run for an elective position in the government.

In a phone interview with CDN Digital, he said he knows the current economic state of Cebu City and the country and has ideas on how to effectively solve these problems.

For him, the best positions to make a difference would either be in Congress or to sit as the chief executive or mayor of Cebu City.

Yet for now, he is more inclined to run for a congressional seat because this would allow him to bring forth solutions to the national level.

“I haven’t decided yet. Politics is very dynamic and complex. There are a lot of groups that are repositioning depending on the announcement. Many are asking me to run here, to run there, lain-lain nga position. I haven’t decided although I am studying the current situation and the different alliances forming.”

“Dad has his opinions. My uncles have their opinions. But I have not decided yet,” said Mimo.

Mimo said that whether he runs for an elective position or not, he will continue to serve the Cebuano public through his radio programs.

Although the two political contenders have already signified their desires to run, nothing remains final until the filing for certificates of candidacy this October 2021.  /rcg

Ryan Agoncillo and Judy Ann, why they are ‘a perfect match’