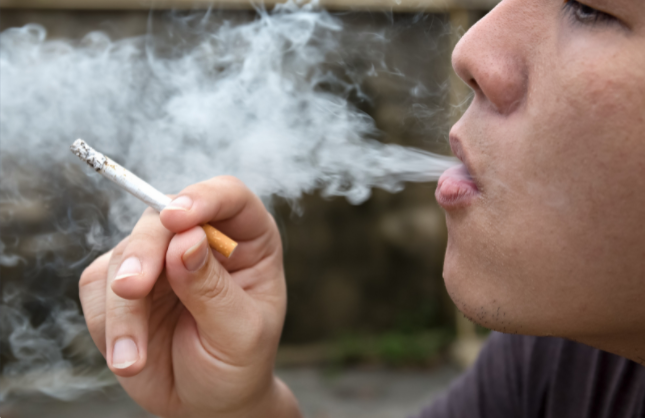 CEBU CITY, Philippines –Inhalation of smoke, not nicotine, is the culprit that causes smoking related deaths and diseases according to a Canadian health expert.

“The nicotine itself is not the problem. The global health catastrophe we face is due to the way it’s delivered. In short, for anyone wishing to tackle the global toll of 20,000 lives a day lost due to cigarette smoking, we need to remember just four words: ‘it’s the smoke, stupid’,” Prof. David T. Sweanor, chair of the advisory board of the Centre for Health Law, Policy & Ethics at the University of Ottawa said.

He stressed that contrary to popular belief, nicotine is not the substance that causes these deaths. “There have been many decades of research on the health effects of cigarette smoking, and we have known since at least the 1970s that the primary cause of the cancers, heart and lung disease is the repeated inhalation of smoke,” he said.

The professor made the distinction to differentiate the risk profile of non-combustible alternatives (NCAs) like vapes, heated tobacco products (HTPs) and oral products like Sweden’s snus which deliver nicotine without burning tobacco. He said by eliminating combustion or the burning process, these innovative products provide smokers less harmful alternatives to smoking.

Sweanor said the human body is simply not designed to inhale smoke. It is the tar from combustion, and not nicotine, that contains carcinogens and toxicants. “We see similar disease patterns in those who cook food over open fires with poor ventilation and in firefighters exposed long-term to smoke inhalation,” he said.

He likened nicotine to caffeine, saying it is a psychoactive substance that is addictive and gives assorted benefits to many users. He, however, noted that “by themselves, neither have significant health risks when used at normal dosage levels. But if obtained through a toxic delivery system such as smoking, great injury can be caused.”

Sweanor said that making NCAs available to countries such as the Philippines will help millions of smokers reduce their exposure to smoke and illnesses.

Mounting evidence from scientific studies around the world confirm that NCAs are significantly less harmful than traditional cigarettes.  According to Public Health England and the Royal College of Physicians, e-cigarettes are at least 95-percent less harmful to humans than combustible tobacco.

A February 2019 clinical trial by UK’s National Institute for Health Research (NIHR) found that e-cigarette was twice as effective as nicotine replacement treatments such as patches and gum at helping smokers quit. NCAs offer a similar ritual and pleasure as cigarettes with less exposure to the dangerous toxins and carcinogens found in tobacco smoke.

“We now can get rid of cigarette smoking much as many countries have got rid of various infectious diseases and transitioned consumers away from a broad range of other overly hazardous products.  We can use science, technology and reason to draft regulations that can end cigarette smoking, and thus address the 20,000 daily deaths globally that are caused by that smoking.  We can make public health history no less significant than the eradication of smallpox,” Sweanor said.

Citing Japan’s experience, Sweanor said the it reduced cigarettes sales by more than 30% in just over three years following the introduction of HTPs.

“Product substitution works and appears to work better than any other strategy we have used to date in reducing cigarette smoking. We have also seen this impact in Sweden, Norway, Iceland and other countries as well, and with a variety of low-risk non-combustible alternatives to cigarettes,” he said.

He noted, however, that many governments can’t keep up with the advances in science and technology.

“They often fail to understand the absolutely enormous differences in risk between different nicotine products and inadvertently protect the cigarette business by seeing low-risk alternatives as a threat rather than an opportunity,” he said.

“The combined offering in terms of consumer needs and wants, and the information, availability and pricing of the low-risk alternatives should ensure that the safer choice is an easy choice,” he said.

Read Next
PRO-7: No body-worn cameras yet in the region