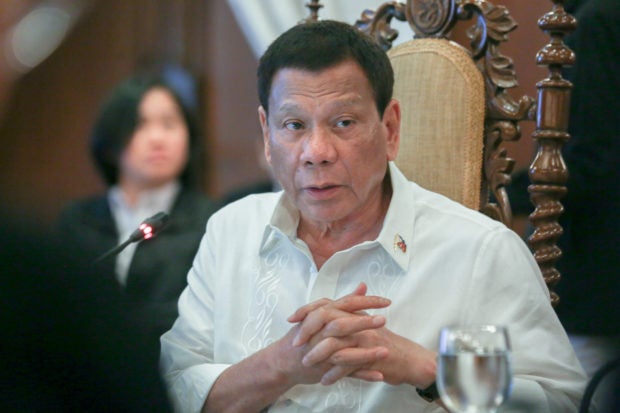 MANILA, Philippines—President Rodrigo Duterte has admitted he is reluctant to run as vice president in the 2022 national elections, saying he is now ready to retire.

(The situation is difficult, Pastor, because I will retire and I will choose the candidate for president, but if any of them wins, they will say ‘it’s only a way to perpetuate yourself in power.’ So I resisted it.)

“Ako naman, I’m ready for retirement,” he went on.

If there is one thing he is proud of during his term as president, Duterte said it would be “exposing” the country’s oligarchy.

“But if you ask me, what is my greatest achievement in a very humble [way], ako Pastor, I exposed the oligarchy in the Philippines,” he said.

(If you ask me what is my greatest achievement in a very humble way, I, pastor, exposed the oligarchy in the Philippines.)

Duterte mentioned the water concessionaires whom he had repeatedly threatened to sue due to the “onerous” contracts with the government.

Asked what his plans are after the presidency, Duterte said: “Uwi ng Davao, retire.” (Go home to Davao and retire.)

READ: PDP-Laban adopts reso to ‘convince’ Duterte to run for VP in 2022 polls

Malacañang has said the President was still in the process of deciding on his future for 2022.

READ: Who am I going to be in 2022? Palace says Duterte will listen to all suggestions