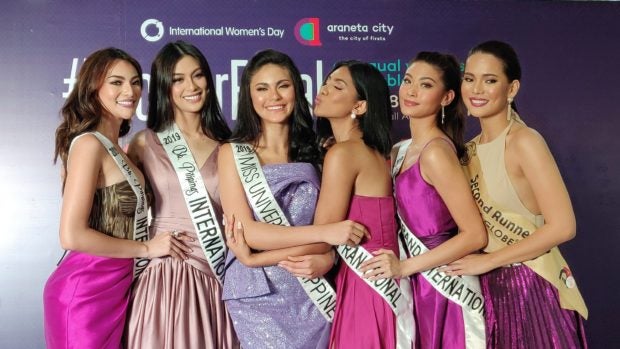 MAKATI CITY, Philippines—Because of the restrictions resulting from the COVID-19 pandemic that escalated last year, the 2020 Binibining Pilipinas pageant was indefinitely postponed. But the premiere national beauty contest in the country is finally pushing through with its long-overdue coronation ceremonies next month, whether through a live presentation or via a virtually shown competition.

During a virtual media conference on June 11, Bb. Pilipinas Charities Inc. (BPCI) official Gines Enriquez revealed that the organization is “ready for two scenarios—there will be ticket-selling if it is allowed to accept 20 or 30 percent audience capacity in the venue, or we’ll do it virtually if it will still be not allowed.”

He said the team is studying every possibility “each day,” and the organization has covered all bases whatever the IATF (inter-agency task force on COVID-19) may allow. “We’re in the middle of de-escalation in NCR+, and if we’re fortunate to have it allowed, we’ll have a live show,” Enriquez said.

BPCI will take its cue from the guidelines that will be announced for the period between June 16 and 30. “The IATF announces guidelines every 15 days,” he added.

It has been more than two years since the last Bb. Pilipinas coronation ceremonies were held, proclaiming six winners. This year’s finals will hail four queens, who will be crowned on July 11 at the Smart Araneta Coliseum at the Araneta City in Quezon City.

If a live audience will be allowed to watch the presentation, Enriquez said health and safety protocols would be strictly implemented. “Everybody will be required to wear face masks and face shields at all times, and distancing measures will be imposed,” he explained.

BPCI had already kicked off production for preliminary events, and Enriquez explained that the day starts early for the team because of the COVID-19 testing that all the candidates and production staff members need to undergo.

Several limitations also prevent the organization from gathering the ladies and the staff members for longer hours and as frequently as it used to do.

BPCI also presented its calendar for this year’s pageant season during the virtual media conference.

The pageant’s website has been revamped, and the refreshed version went online on June 10. The changes highlighted the pageant’s decades-long legacy, featuring a massive archive of memorabilia showing former titleholders and candidates.

Fans are also invited to support their favorite candidates by voting for them for the “Best in National Costume” award. Polling commences on June 12, Philippine Independence Day, via the Bb. Pilipinas official TikTok and Facebook accounts.

A primer showing a behind-the-scenes look at the pageant, and a more intimate peek at the aspirants, will be streamed on the Bb. Pilipinas YouTube and Facebook accounts on July 9.

BPCI also announced that it would soon launch a mobile app where fans may get pageant updates and enable them to vote, browse, and even buy official merchandise.

The organization declined to disclose some details related to the coronation ceremonies but said it would have its first all-female hosting tandem with 2018 Miss Universe Catriona Gray and 2016 Miss Grand International first runner-up Nicole Cordoves taking the microphones.

The July 11 program will be simultaneously seen on the Bb. Pilipinas YouTube channel and on A2Z Channel 11.