One killed, five others injured in vehicular accident in Bogo City 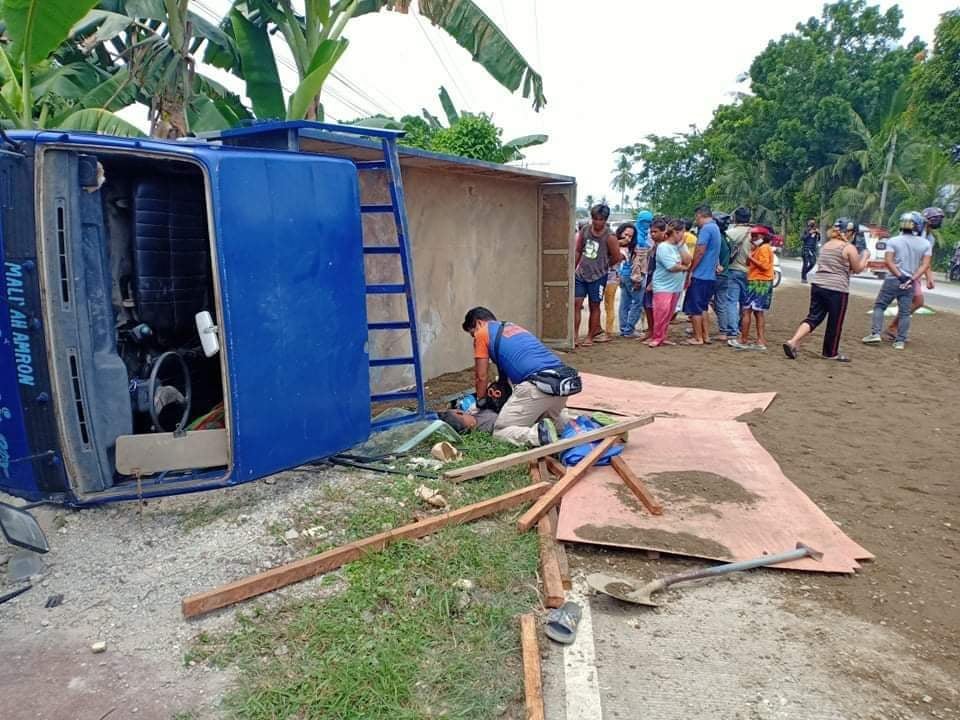 A responder helps one of the victims of the accident in Bogo City, northern Cebu. | contributed photo

CEBU CITY, Philippines–One died while five others, including a minor, suffered injuries in a vehicular accident involving a cargo truck and a motorcycle past 12 noon on Wednesday, June 23, 2021, along the national highway in Sitio Manoong, Barangay Don Pedro, Bogo City, northern Cebu.

Dela Cruz said Sinangote, who was traveling with his wife and 4-year-old daughter, was ahead of Amistoso’s truck.

Amistoso, who was with two truck helpers, reportedly tried to overtake the motorcycle of Sinangote. But in doing so, he accidentally hit the motorcycle, causing it to crash to the ground.

Since it was loaded with three cubic meters of sand and 15 sacks of cement, Amistoso couldn’t take control of the truck after it hit the motorcycle and fell on its side.

Arcipe, who was one of the truck helpers, was sitting at the truck’s rear cargo bed when the accident happened. When the truck fell, he was thrown off and hit his head on the pavement.

“The sand and the cement spilled to the ground while Arcipe was thrown off, too. That’s why he died because he hit his head on the the ground,” said Dela Cruz.

Arcipe was declared dead on the spot by the responding medical team, while Amistoso, his other helper and the Sinagote family suffered minor injuries.

They were brought to the Severo Verallo Memorial District Hospital in Bogo City for further treatment, while the minor was advised to undergo a computerized tomography (CT) scan.

Dela Cruz said Amistoso was put on hold under their custody for Reckless Imprudence Resulting in Homicide, Physical Injuries and Damage to Property.

Read Next
Vices of familiarity and how to overcome them