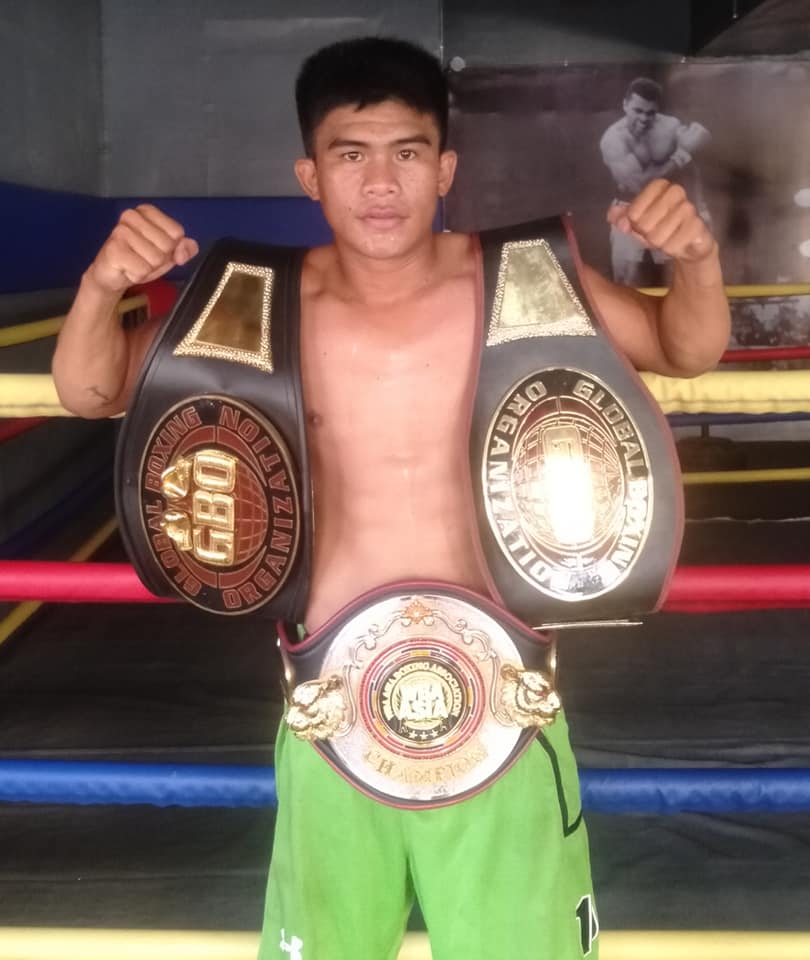 The 26-year-old Impasug-ong, Bukidnon native is scheduled to fight his former stablemate Penitente “Thunder” Apolinar, who is now fighting under Omega Boxing Gym in the main event of “Kumbati 10” on July 3, 2021, Saturday at the IPI compound in Mandaue City.

Although, Apolinar is being favored to win the fight by many, Waminal embraces being the underdog going to the fight saying that he is well-aware of the disadvantages.

(I did different trainings for this fight because I know it is the promotions of my opponent that we are fighting in.)

(I should be better than him because I know how this goes. I trained for two months for this fight.)

Just like Apolinar, Waminal considered this fight a make or break for him. Winning the OPBF title means that it will give them both the chance to break into the world featherweight rankings.

Apolinar and Waminal are both former ALA Boxing Gym pugs.

Waminal has not fought since November of 2019. His last bout was against Indian Sunil Siwach where he won by unanimous decision in Tagum City. It was four months after that he lost to Chinese Zhong Liu in Qingdao China by split decision.

He holds a record of 14 victories, 3 defeats and 1 draw along with 8 knockouts.

Apolinar, meanwhile, is riding on a 15-fight winning streak since 2015. The San Pablo, Laguna native has a more promising record of 14-1 (win-loss) with 8 knockouts.

When asked if he can knock out Apolinar, Waminal said that he would keep that to himself.

However, he said that timing would be his key to knockout Apolinar who he described also as a very talented boxer.

(The round will be for me if I can knock him down. He is strong but I have a plan how to knock him out because if we go the distance I know what will happen.)

Waminal is very inspired for this fight since his wife will give birth to their baby girl soon.

Read Next
Police to public: Don’t make any bomb hoaxes or you will be jailed