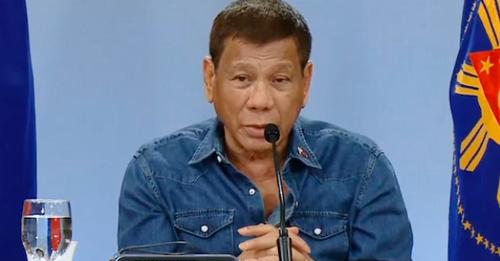 MANILA, Philippines — President Rodrigo Duterte has once again expressed his openness to run for the vice presidency in the 2022 national elections — this time, saying: “It’s not at all a bad idea. If there’s a space for me there, maybe.”

Duterte made the remark on Monday during the taped weekly Palace briefing on the COVID-19 situation in the country.

He added that it would be a “good idea” as he still had to take care of some unfinished business.

“But if there’s no space and everybody is crowding up wanting to be one, let them run first because I’m done,” he added, speaking partly in Filipino.

Nonetheless, Duterte also said that he had promised to support House Majority Leader Martin Romualdez should the lawmaker decide to pursue the second-highest government post.

Duterte made that promise in 2020 amid a fight for the House speakership between Romualdez and Rep. Alan Peter Cayetano, who was then holding the position.

On other occasions, Duterte had already expressed his openness to vie for the vice presidency.

Read Next
DepEd-7 chief to parents: Don’t share learning materials to others