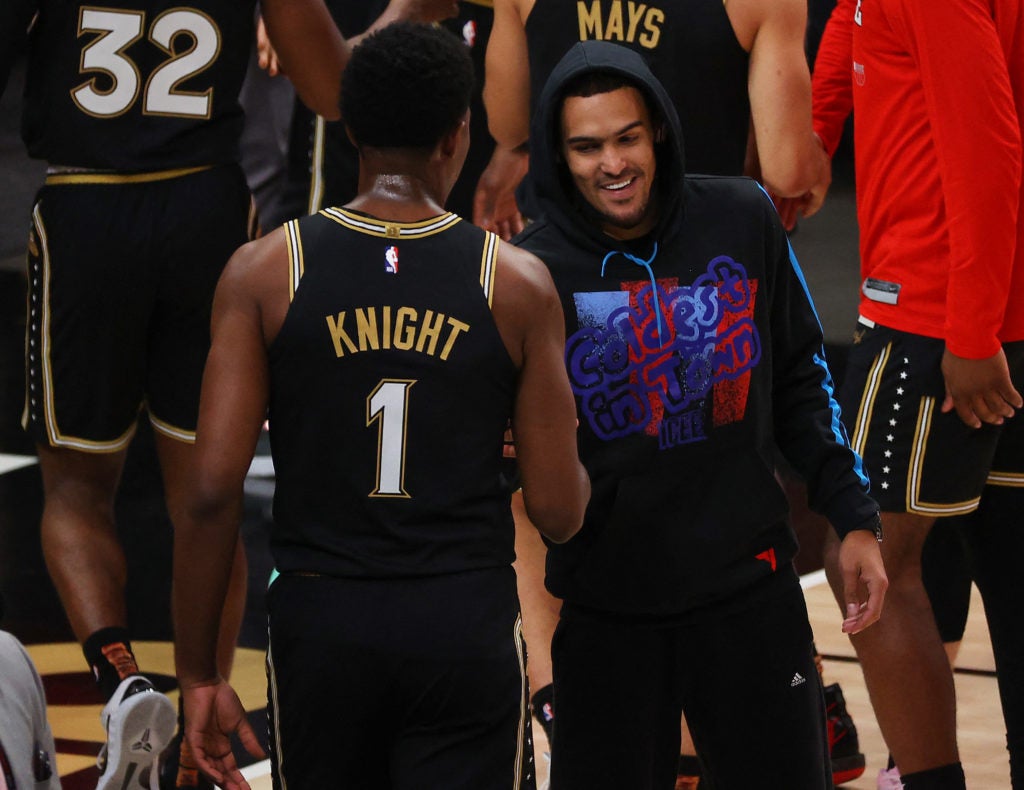 Trae Young of the Atlanta Hawks celebrates with Nathan Knight after the team’s win against the Milwaukee Bucks in Game Four of the Eastern Conference Finals at the State Farm Arena on June 29, 2021 in Atlanta, Georgia. | AFP photo

New York—Giannis Antetokounmpo suffered a knee injury as the Milwaukee Bucks slumped to a series-leveling defeat against the Atlanta Hawks in their NBA Eastern Conference finals clash on Tuesday (Wednesday, June 30, 2021, Philippine time).

An all-round offensive effort from the Hawks secured a 110-88 victory at the State Farm Arena to square the best-of-seven series at 2-2.

Lou Williams, starting in place of the injured Trae Young, led the scoring with 21 points for Atlanta while Bogdan Bogdanovic had 20 points.

But the main talking point from a comprehensive Atlanta victory was the injury to Antetokounmpo in the third quarter.

The two-time NBA Most Valuable Player collapsed to the court in agony after landing awkwardly following a tussle near the basket with Clint Capela. 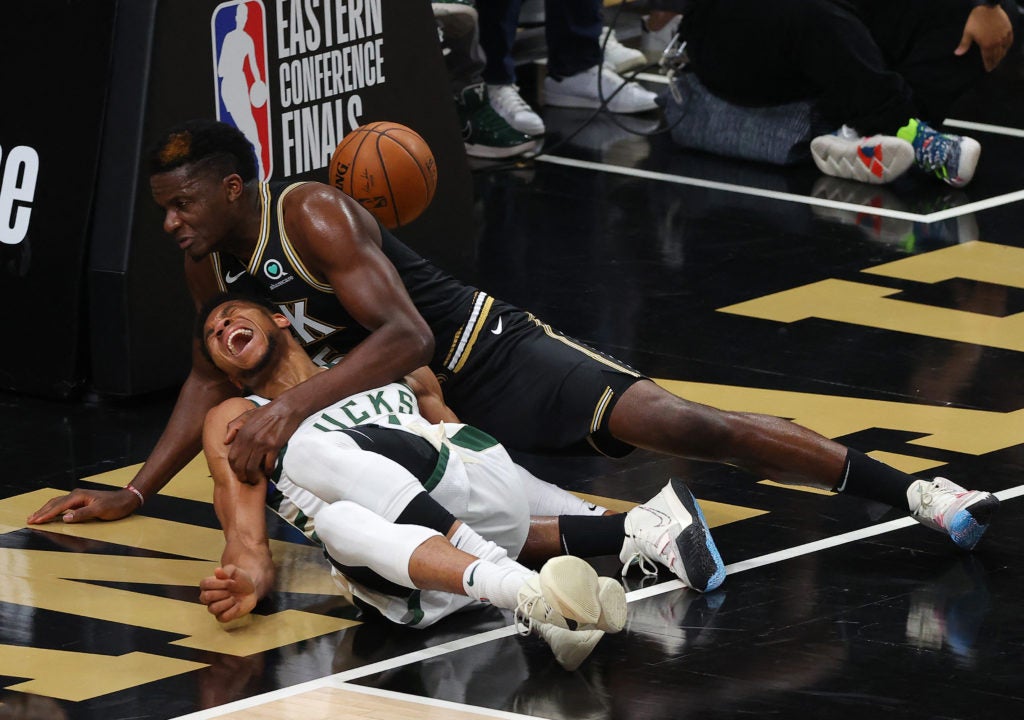 Giannis Antetokounmpo of the Milwaukee Bucks grimaces in pain after getting hurt in a play against Clint Capela of the Atlanta Hawks during the second half in Game Four of the Eastern Conference Finals at State Farm Arena on June 29, 2021 in Atlanta, Georgia. | AFP photo

He was later led off the court and back to the locker room.

He returned unassisted shortly afterwards before eventually being ruled out of the game with what the Bucks said was a hyper-extended left knee.

The incident appeared to rattle the Bucks, who trailed by 10 points 62-52 when the injury occurred.

With Antetokounmpo off the court, the Hawks sought to ram home their advantage and surged into a 25-point lead at 87-62 by the end of the third quarter.

The Hawks kept the throttle down in the fourth quarter, maintaining comfortable lead to close out a convincing win.

Atlanta had dominated from the outset, surging into an early 25-22 lead in the first quarter and then outscoring Milwaukee by 10 points in the second to lead 51-38 at the half.

A miserable night for Antetokounmpo saw him once again struggle from the free throw line to the delight of a merciless Atlanta crowd.

Hawks fans repeatedly counted down loudly in order to throw Antetokounmpo off his rhythm, and jeers rang out as the Bucks star aimed multiple airshots at the basket from the free throw line in the first half.

Game five in the series takes place in Milwaukee on Thursday.