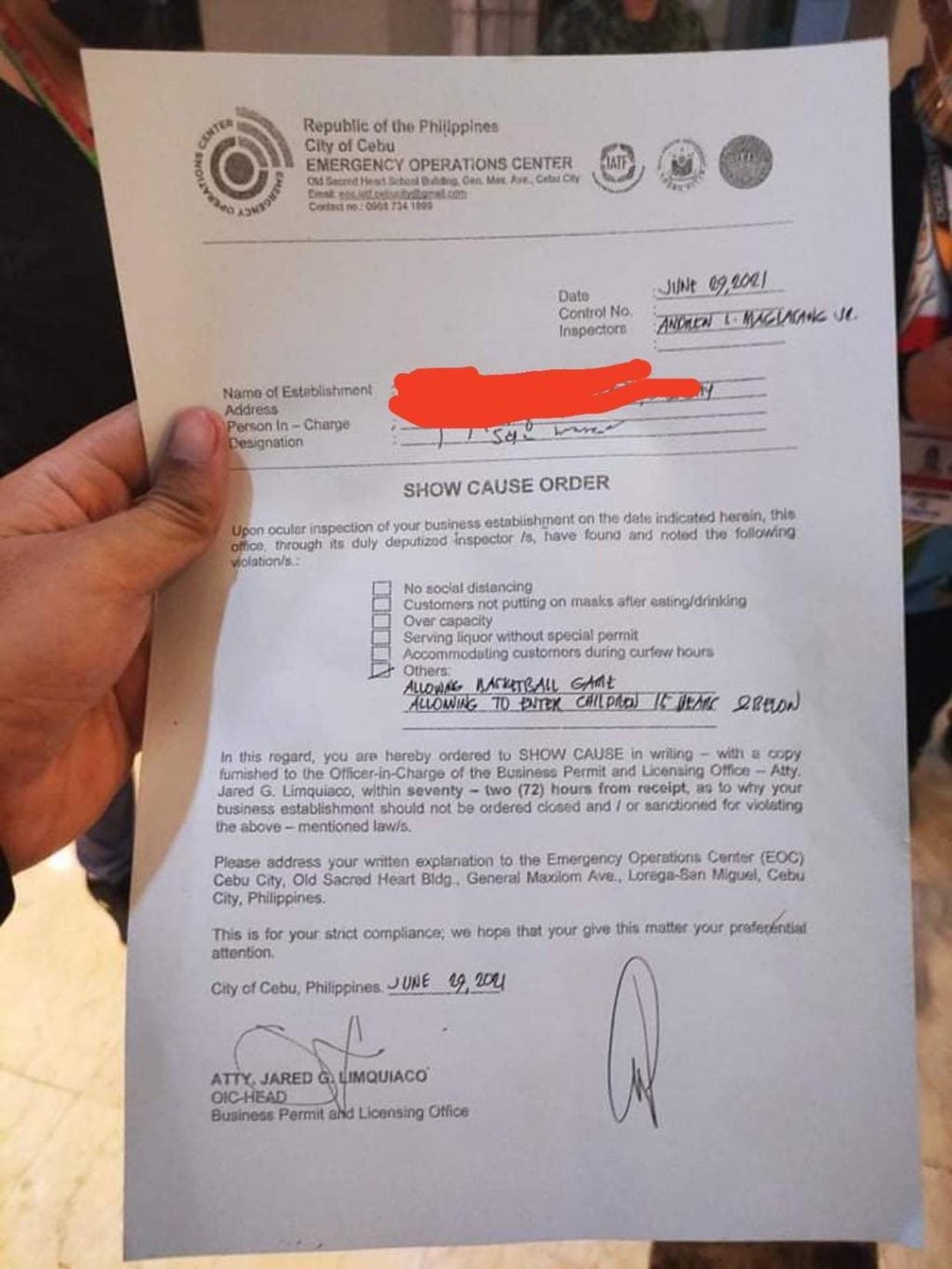 CEBU CITY, Philippines — The Cebu City Emergency Operations Center (EOC) issued a show-cause order on an establishment here for allowing a basketball tournament to be held amid the ongoing COVID-19 pandemic.

The EOC initially received a complaint from a private individual on Tuesday, June 29, 2021, of a live video of an ongoing basketball tournament being held in one of the establishments in the city.

The EOC Task Force immediately investigated the event and found out that the establishment had not only conducted a basketball tournament, but also allowed children below 15 years old to swim in their pool.

Contact sports are not yet allowed in Cebu City and children below 15 years old have a standing stay-at-home order.

The Business Permit and Licensing Office (BPLO) issued a show-cause order to the establishment and has asked them to explain their side within 72 hours of receipt.

The barangay posted an announcement encouraging parents to register for a mass circumcision drive to be conducted in the barangay gym.

However, Garganera said that these type of activities must be coordinated with the EOC but the agency has not been informed of such activities.

He also pointed out that the EOC is not allowing operation tuli outside of the hospital setting as this can be a potential spreader of the COVID-19.

(The Association of Barangay Councils has relayed the stand of the EOC to not allow a circumcision drive to Barangay Apas.)

The EOC is reminding the public that activities that can potentially draw crowds must be coordinated to them for proper guidance.