Movement launched to provide true agenda of the people 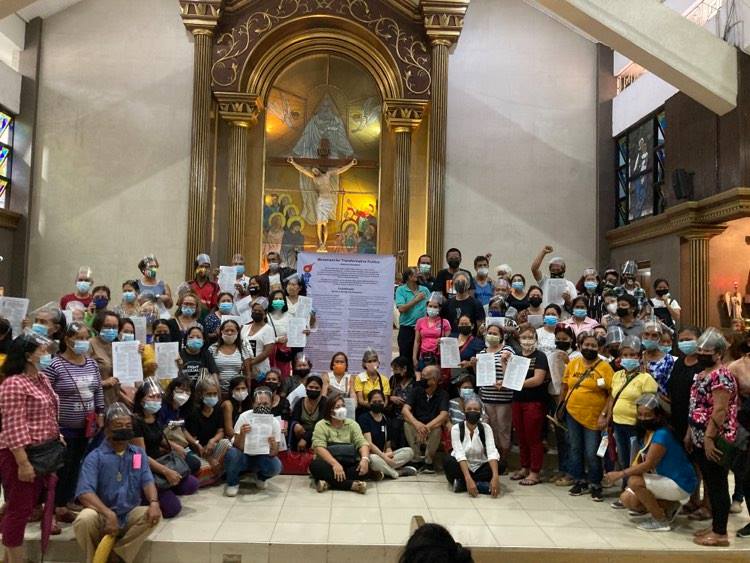 Members of the Movement for Transformative Politics (MTP) pose with their 12-point agenda on Saturday, July 3, 2021. | Mae Fhel Gom-os

CEBU CITY, Philippines – A group in Cebu City was launched on Saturday, June 3, 2021, to provide the true agenda of the people with the 2022 elections drawing near.

The Movement for Transformative Politics (MTP), also known as Gahum sa Katawhan, held a soft launching today with a Holy Mass at the Sto. Rosario Church in Cebu City.

MTP also released a 12-point agenda which has been consolidated from different communities and sectors as a way of guiding the electorate on who to vote in May 2022.

Hal Atienza, MTP convenor, said the movement will serve as an alternative group to provide the true agenda of the people citing that for how many years, all public concerns and complaints were not solved.

Atienza pointed out that during elections, politicians push their respective platforms and that no one has ever listened to the concerns of the people.

He also stressed that the main reason why they established the movement is that they wanted politicians to be more pro-people, more proactive, and more sensitive to the needs of their constituents whom they are supposed to serve.

Atienza also questioned why it is not the people who formulate their own agenda, why it is the other way around.

Atienza stressed that through the movement, they could provide platforms in different sectors including women, vendors, youth, senior citizens, laborers, farmers, and fishermen.