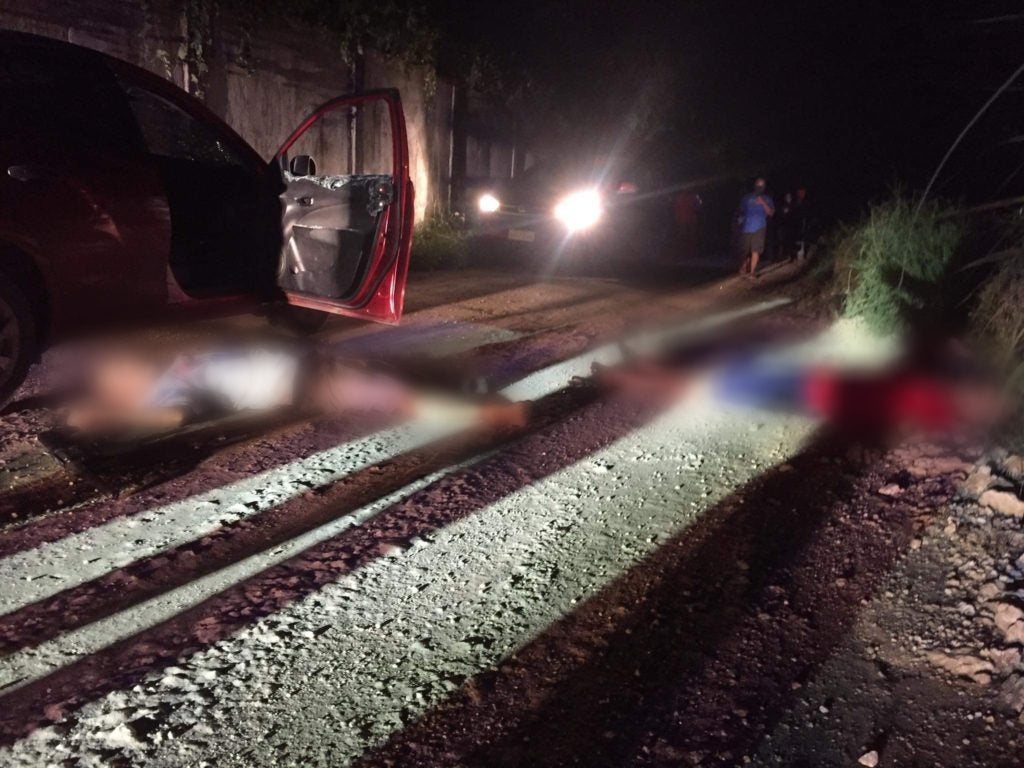 Police Drug Enforcement Group (PDEG) agents seized a total of 4.5 kilos of suspected “shabu” or methamphetamine hydrocloride with an estimated street value of almost P30 million from the slain suspects, one of whom was identified by police as John Kerlou Pojas, 22, of Barangay Pusok, Lapu-Lapu City.

The other suspect was identified only as Ryan.

Police said the two are alleged hitmen, whose names surfaced during their recent operation in Barangay Taptap, where four drug personalities were also killed.

Police said the suspects allegedly source their supply of illegal drugs from one of the Bilibid 19, a group of big-time drug suppliers now serving time in the national penitentiary in Muntinlupa.