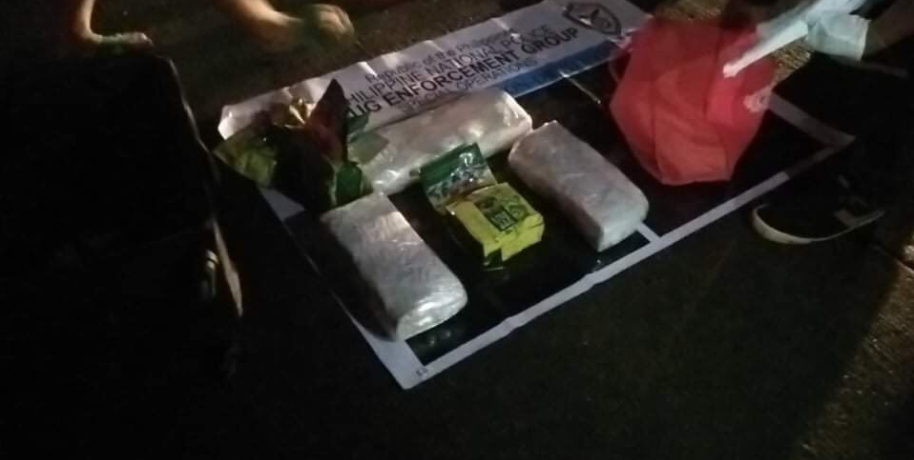 These items were confiscated in an anti-drug operation that led to the killing of three suspects in Barangay Taptap, Cebu City on Thursday night, June 10, 2021. | contributed photo

CEBU CITY, Philippines – Operatives from the Police Regional Office are now focussing on identifying the possible criminal groups affiliated with the three drug suspects killed in an armed encounter with the police in Barangay Taptap, Cebu City on Thursday night, June 10, 2021.

The three were cornered in Barangay Taptap by pursuing operatives after they escaped from the buy-bust operation conducted two hours earlier in Camp 4 in Talisay City.

Police Lieutenant Colonel Wilbert Parilla, the deputy director for operations of the Cebu City Police Office, identified the three suspects as Lihbon Kerr Bargayo, Christopher Lim, and Boyet Rama who were believed to be residents of Metro Cebu.

Parilla said that the three were included in their watch list of drug personalities at the regional level.

However, the police could not disclose yet their specific addresses as they are still tracking their backgrounds. There were also no relatives who claimed their bodies as of this posting.

Parilla added that because of the volume of illegal drugs seized from the suspects, the next thing that they would look into would be the possible connections of the three to big-time drug groups operating in the region.

Investigators are also not discounting the possibility that the tattoos found on the bodies of the suspects could be possible trademarks of the drug group they belong to.

Parilla disclosed that the buy-bust operation was made around 9:00 p.m. on Thursday in Camp 4 in Talisay City. The operation was already consummated when Bargayo, the one transacting with the undercover police officers, sensed that he was transacting with authorities resulting in an initial armed encounter and their escape.

The operatives then conducted a dragnet operation with the other operating regional agencies and placed checkpoints on possible escape routes.

Parilla said that past 10:30 p.m., personnel from the Highway Patrol Group (HPG-7) intercepted the black Toyota Vios sedan boarded by the three suspects with the Special Operations Unit providing them the description of the vehicle.

Parilla added that the suspects did not stop when they were flagged down and instead started firing at responding operatives. In retaliation, the operatives also fired back killing the three.

Apart from the checkpoint being put up in Barangay Taptap in Cebu City, the police also set up checkpoints in Lapu-Lapu City and Mandaue City. The Cebu Police Provincial Office (CPPO) also coordinated in the region-wide operation.

Parilla added that there’s a possibility that the three were major suppliers of illegal drugs in the region considering the volume of ‘shabu’ that was seized.

IN PHOTOS: Estimated P70M worth of drugs seized in Taptapd, Cebu City