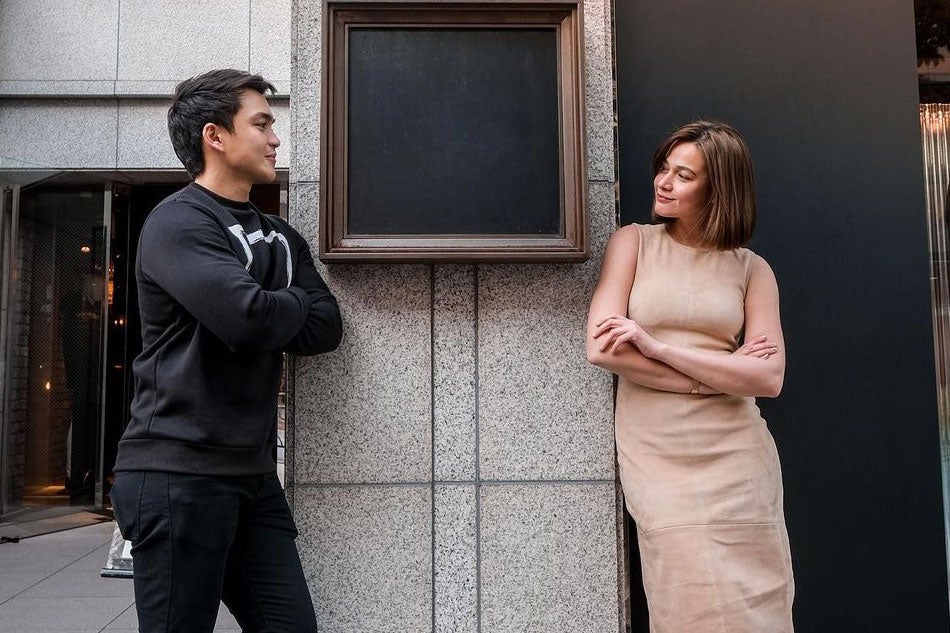 This question pops up often among fans since Bea disclosed last year that Dominique is courting her. The actress still hasn’t confirmed if they are officially a couple now.

In the recent Instagram post of Bea, she was photographed wearing a sexy cherry printed dress and sunglasses with her sun kissed skin. Based from the photo she posted, she was in a beach in Malibu, California.

Dominique was one of the first to comment on the photo. 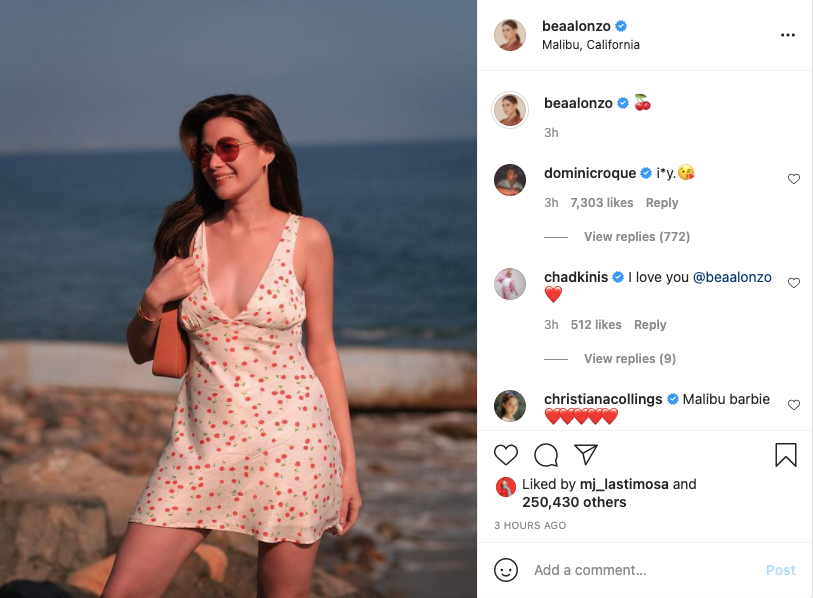 Fans of both actors were quick to react on Dominique’s sweet comment. Most of them are speculating if they are officially a couple now.

Their photo dumps in their respective social media accounts show they are both in Los Angeles, California.

The 33-year-old actress earlier said that she would be visiting the U.S. for a vacation before she would start working on new projects at GMA.

Read: Bea Alonzo and Dominique Roque in U.S. together?