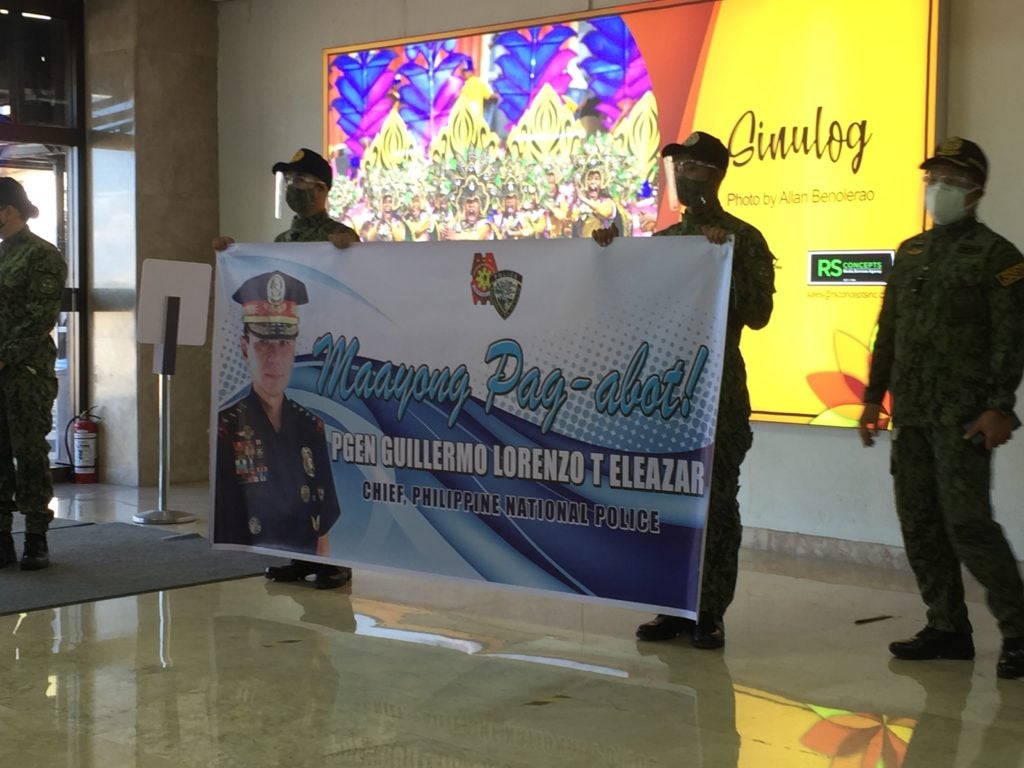 CEBU CITY, Philippines — The chief of the Philippine National Police (PNP) visited Central Visayas and inspected various police stations in the region to ensure that his Intensive Cleanliness Policy is being imposed.

In all his visits from last Sunday, July 11 until today, July 13, Police General Guillermo Eleazar gave a “Very Good” mark to all the police stations which he said were all clean and organized.

However, he said that these should be observed regularly and not only during inspections done by him or other police directors.

He also spearheaded the oath-taking of the region’s force multipliers or groups of civilians who work hand in hand with the police in their campaign against criminality.

In his visit to Cebu, Eleazar left a message and a challenge to all Central Visayas policemen to implement their policies and programs effectively and help their organization gain the trust of the community that is tainted by ‘a few police scalawags’.

He added that his ICP does not only limit to clean police stations as he said this will also instill discipline that a police officer must possess in the first place.

Here are some photos from his arrival on July 11 to his last activity at the Cebu Police Provincial Office (CPPO) on Tuesday afternoon, July 13. 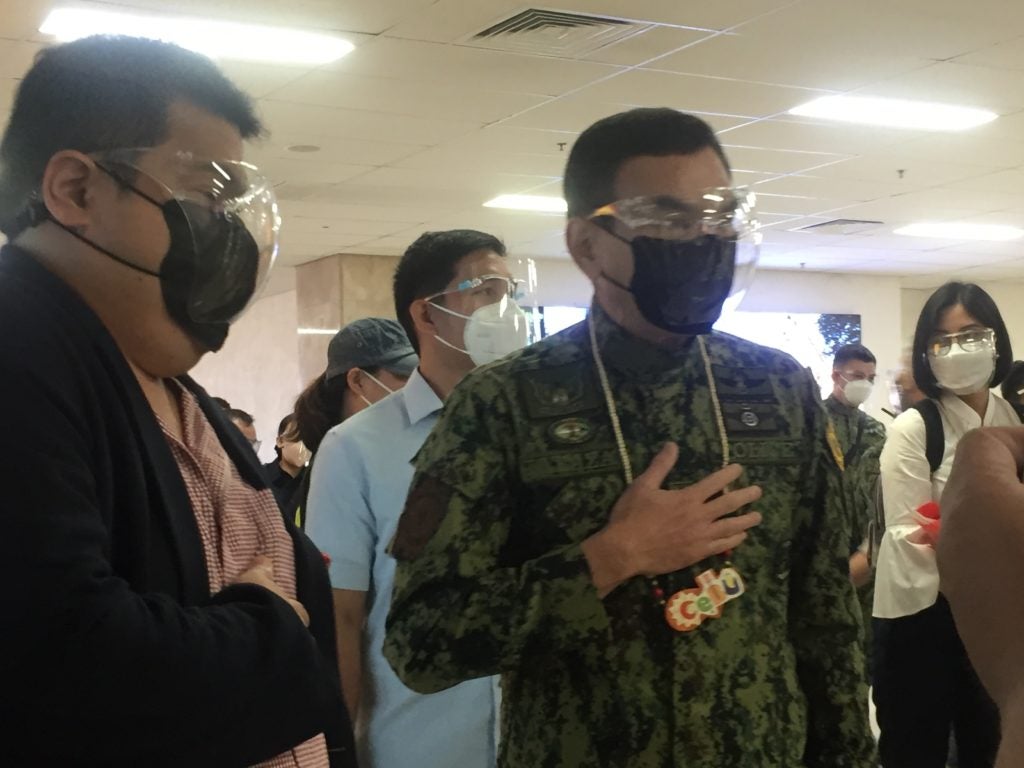 This was taken during his arrival at Mactan-Cebu International Airport in Lapu-Lapu City around 2:00 p.m. on Sunday, July 11. 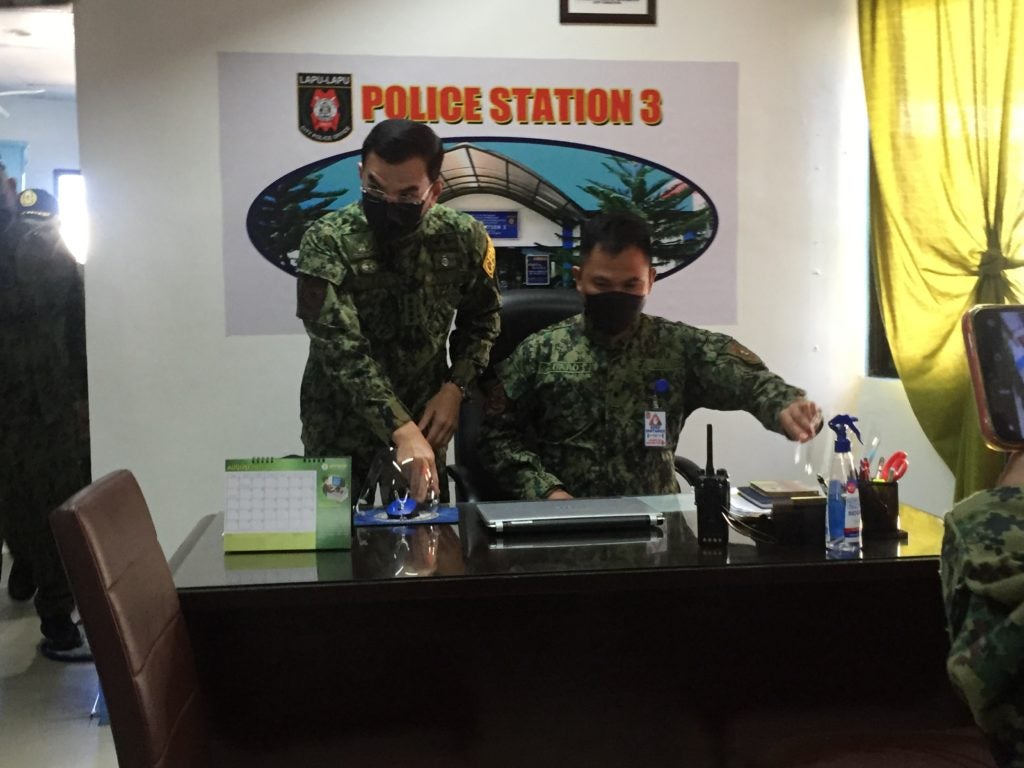 This was during his inspection of Police Station 3 in Barangay Gun-ob, Lapu-Lapu City on Sunday, July 11. 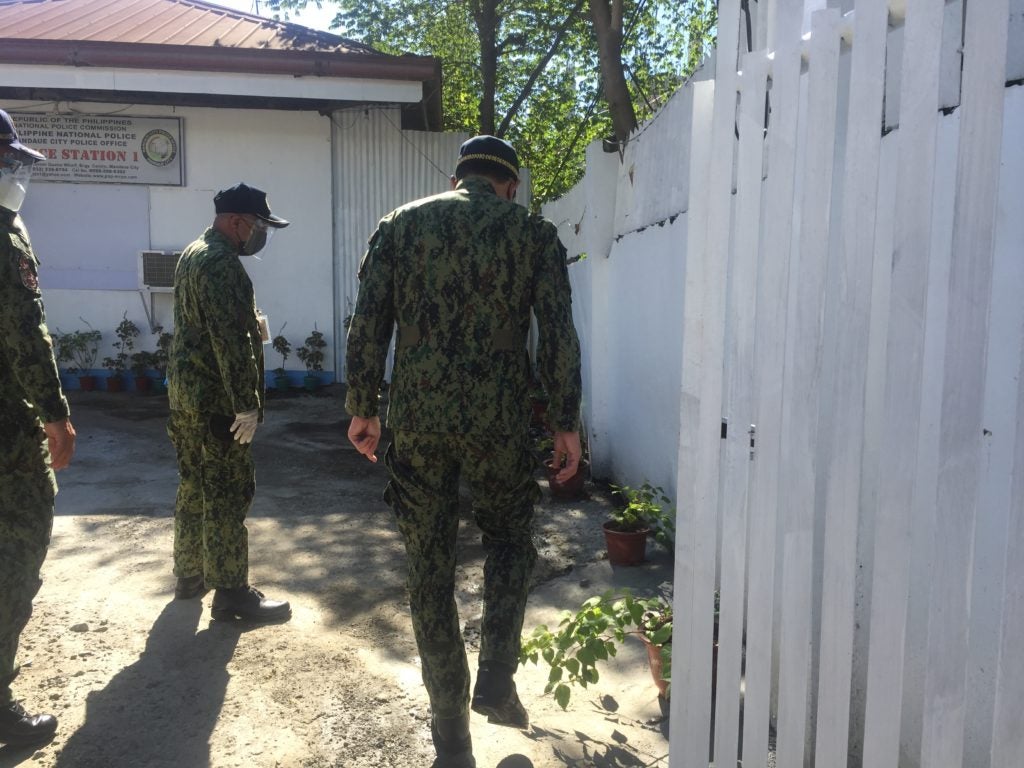 This photo was taken during his inspection at Police Station 1 in Barangay Centro, Mandaue City, on Sunday, July 11. At least 33 police personnel here were relieved over their  ‘dirty’ station last July 1. 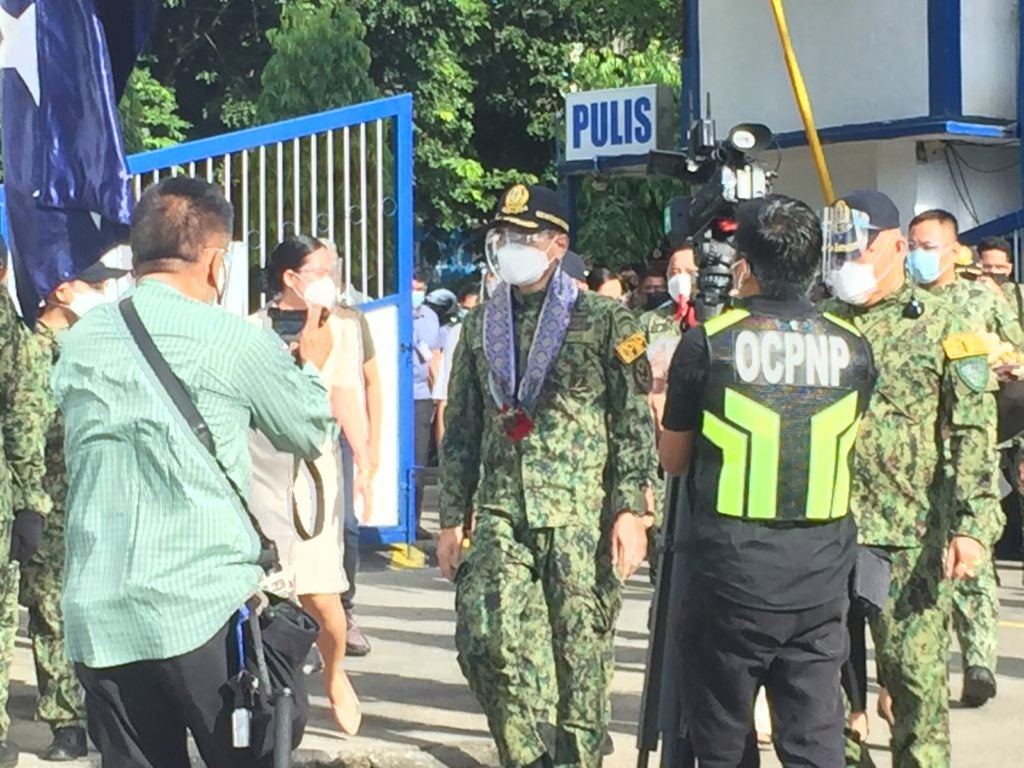 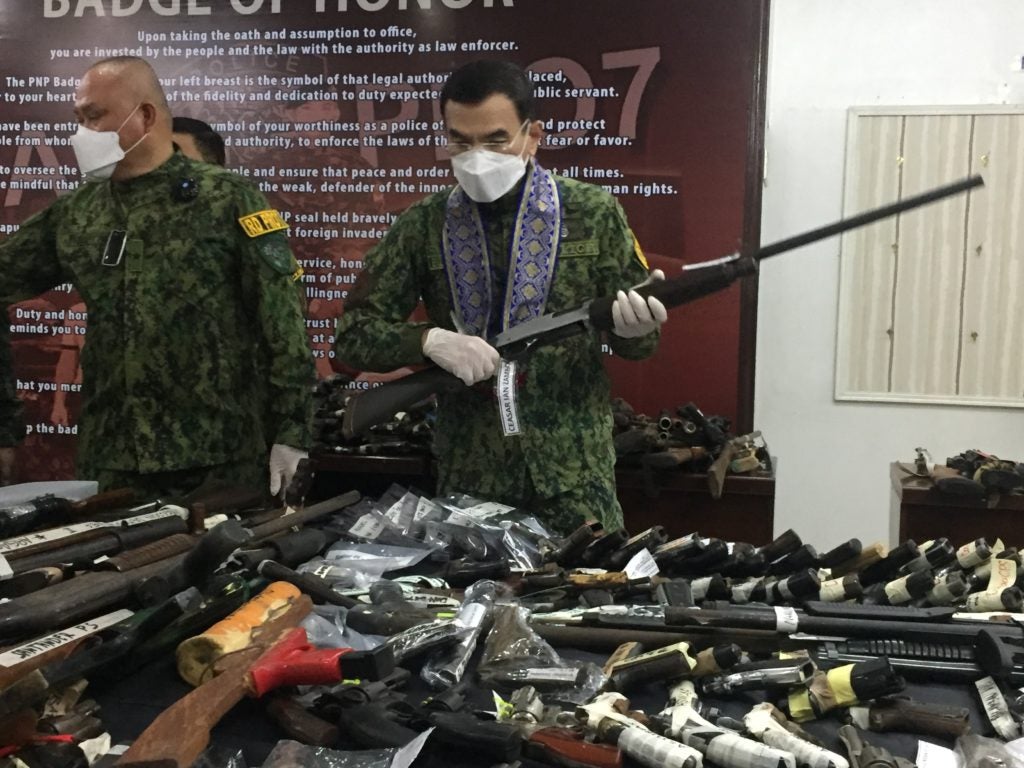 Also on July 13, Eleazar checked the confiscated, recovered, and surrendered loose firearms from different operations conducted by various police units of PRO-7 from May to June this year. 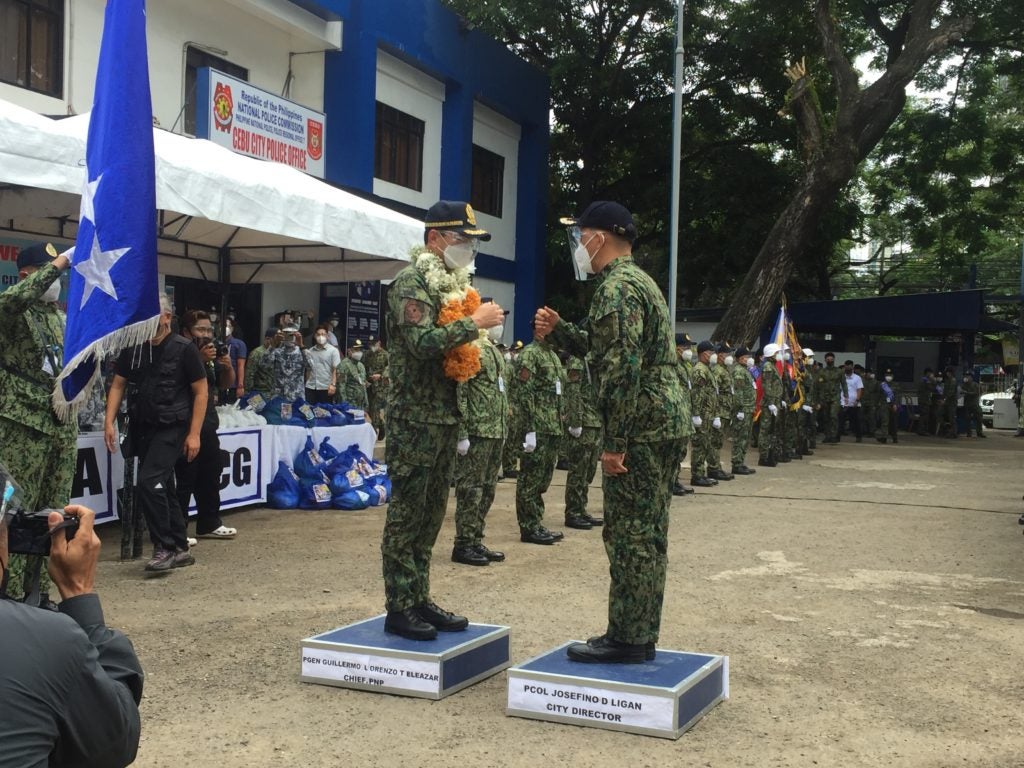 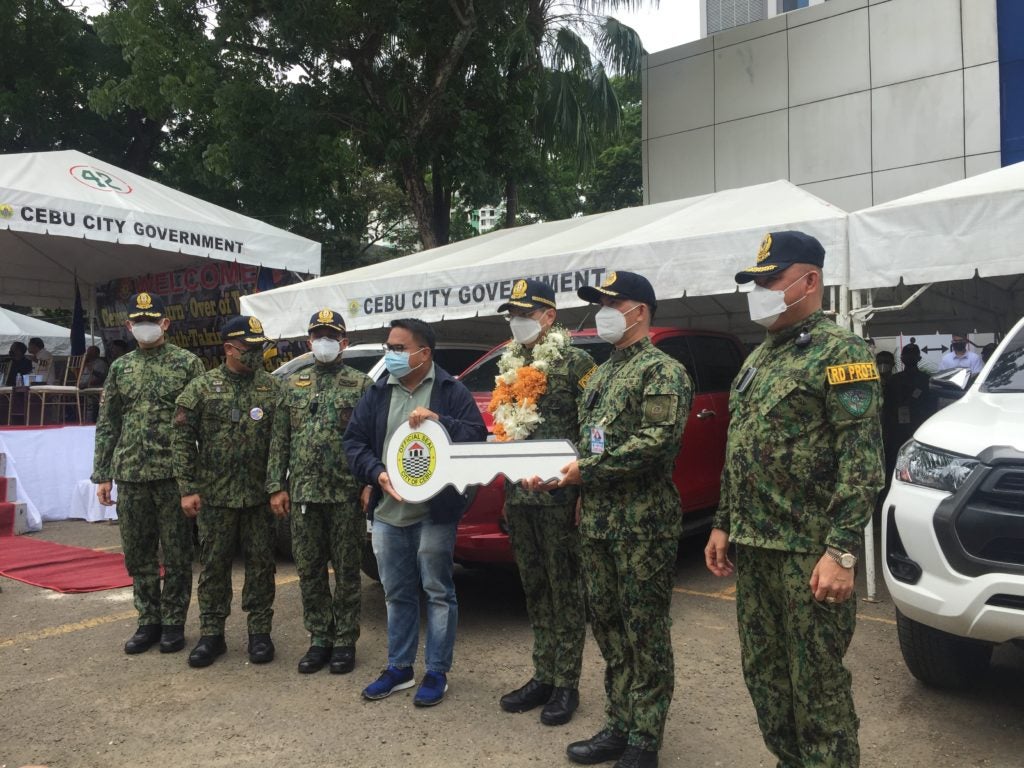 He also joined the turnover of at least four pickup trucks donated by the Cebu City government to the Cebu City Police Office on Tuesday afternoon, July 13. 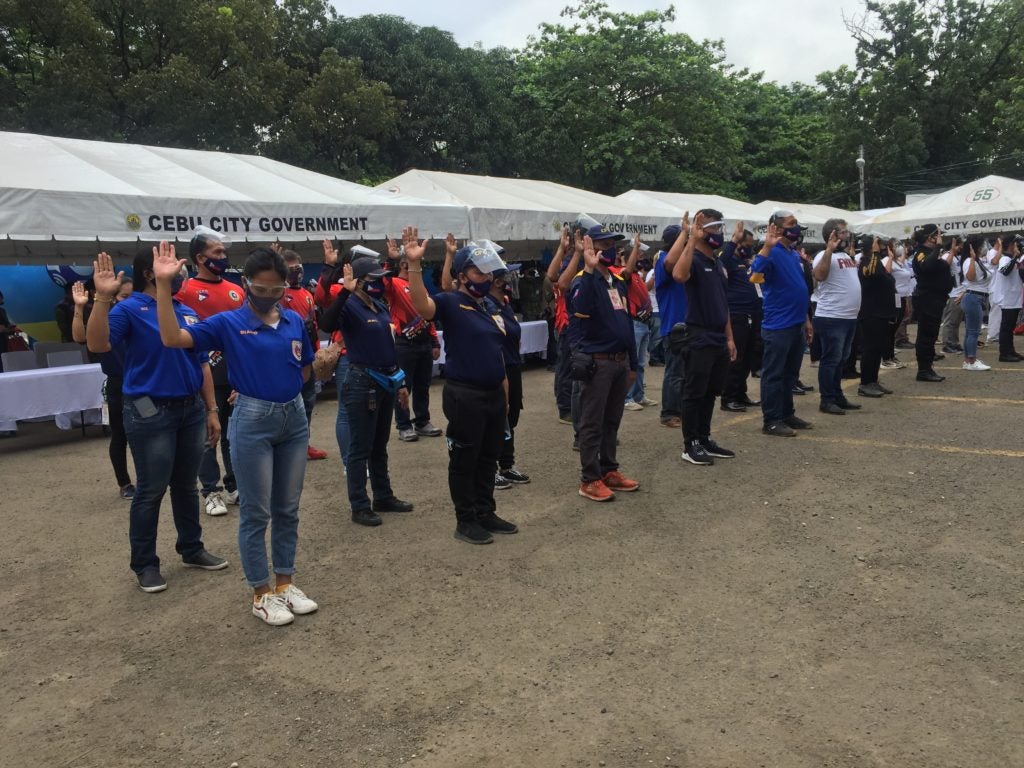 Eleazar leads the oath-taking of CCPO force multipliers at the Camp Sotero Cabahug in Gorordo Avenue on Tuesday afternoon, July 13. 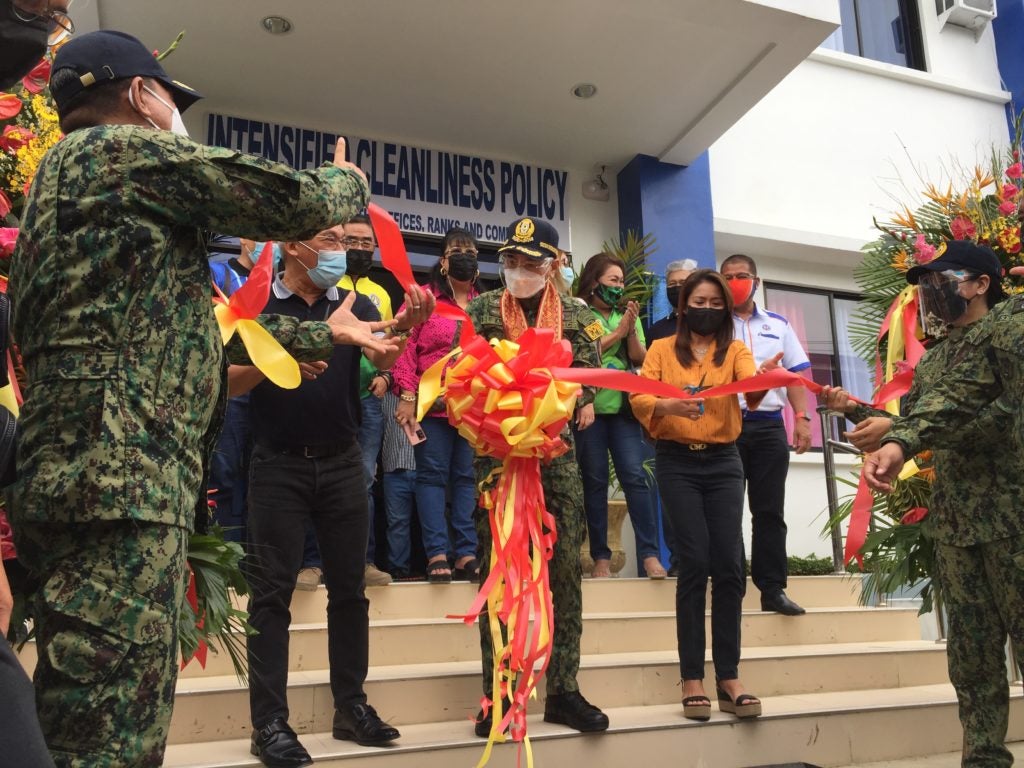 PNP chief Eleazar cuts the ribbon during the inauguration of the first-ever standard police station in Mandaue City this Tuesday afternoon, July 13. 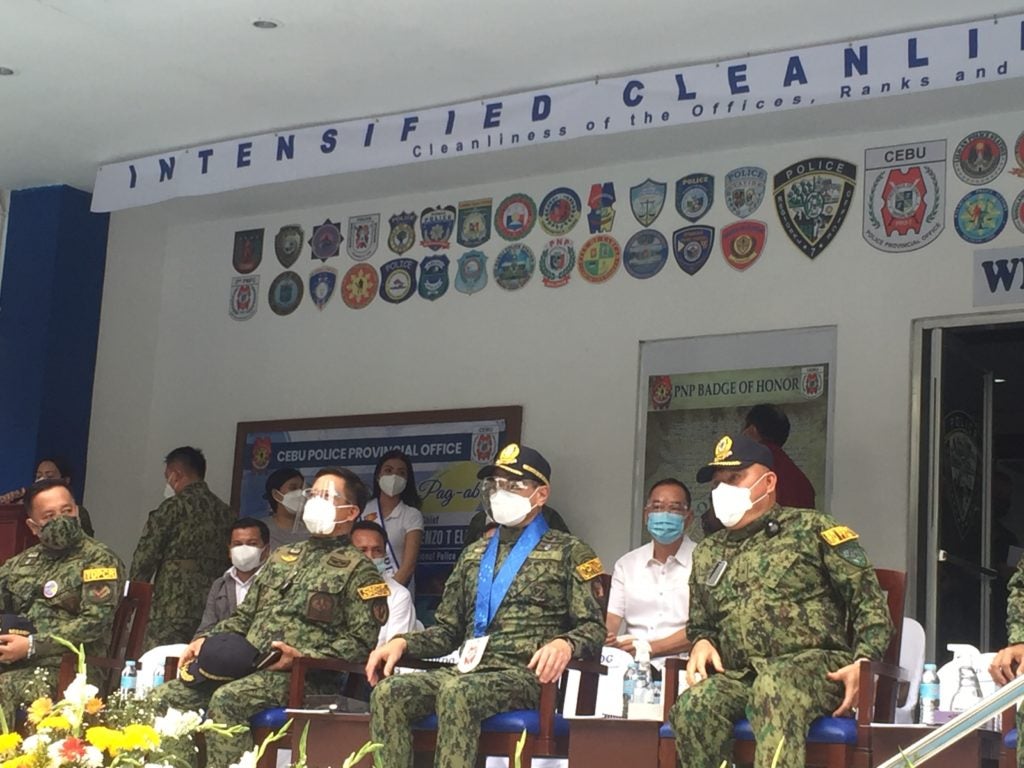