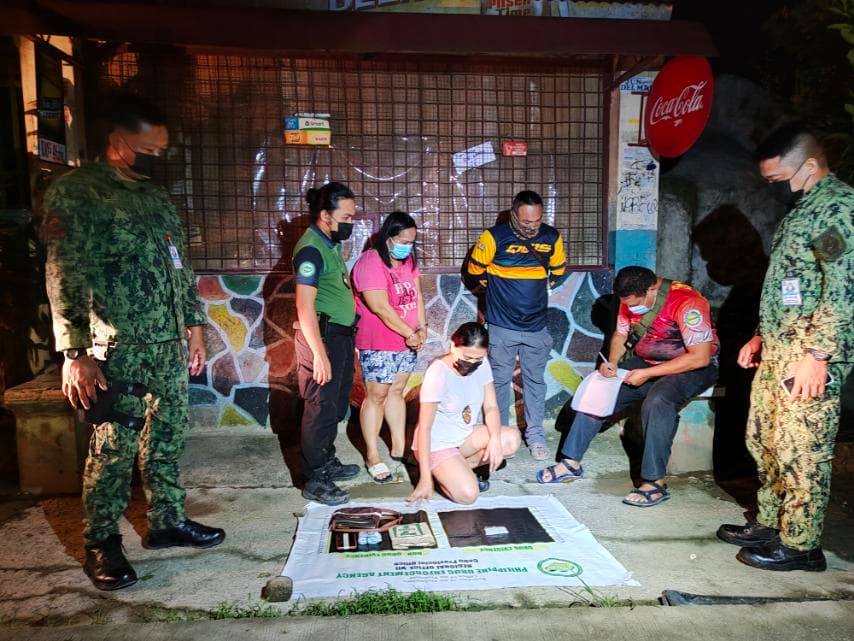 CEBU CITY, Philippines – A female real estate agent was arrested in a buy-bust operation led by operatives of the Philippine Drug Enforcement Agency in Cebu Province, together with police personnel from the Cebu Police Provincial Office and Mandaue City Police Office in Barangay Cubacub, Mandaue City, past 11 p.m. on Wednesday, July 14, 2021.

Melissa Solitario was arrested after she was caught with 50 grams of suspected “shabu” amounting to P340,000.

Solitario’s arrest came a few hours after a drug den was dismantled by operatives in Barangay Kamputhaw in Cebu City.

According to PDEA-7 spokesperson Leia Organa, the follow-up operation that led to the arrest of Solitario actually stemmed after operatives dismantled the drug den in Barangay Kamputhaw.

Operatives were told that Solitario was the supplier of drugs in the said drug den. Ronilo “Panter” Palparan, one of the seven individuals nabbed in the drug den who is also said to be the drug den maintainer, pointed to Solitatio as their source of illegal drugs.

Those caught in the drug den were caught with 11 grams of suspected ‘shabu’ with an estimated Dangerous Drugs Board (DDB) value of P74,800.

READ: Drug den maintainer, six visitors arrested in Kamputhaw buy-bust
Other pieces of evidence recovered from the real estate agent were buy-bust money, a mobile phone, and a sling bag.