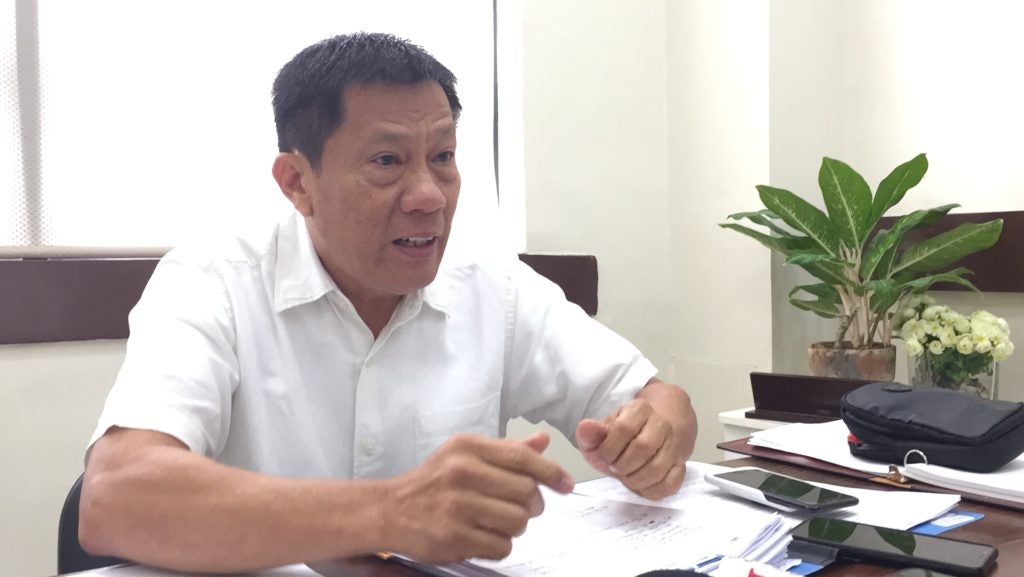 Cebu City Councilor Nestor Archival, minority floor leader of the City Council, says that the City Council has agreed to tell the City Treasurer’s Office to temporarily stop payments to the contractor of the Inayawan transfer station. | file photo

CEBU CITY, Philippines — The Cebu City Council has requested the City Treasurer’s Office (CTO) to temporarily cease disbursing funds to the contractor of the Inayawan transfer station while the council investigates the current situation of garbage disposal.

Councilor Nestor Archival, City Council’s minority floor leader, delivered a privilege speech during the regular session stating that the council has to review the contract between city government and DOCAST General Contractor because of the seeming “disadvantage it has caused the city.”

Archival pointed out that the city had been paying P1,800 per ton to DOCAST even if the contractor is only collecting and disposing of a part of the total daily garbage collection in the city because the rest had been collected and disposed of by the Department of Public Services (DPS) and the barangays.

For the councilor, the city has been taken advantaged of by this payment scheme because the contractor has not been delivering the full service stipulated in the contract yet has been collecting the full amount from the city government.

Furthermore, Councilor Archival is not convinced that DOCAST is the best contractor for the city’s garbage collection, hauling, and disposal because their business is not registered as a waste management business.

He is also concerned with the alleged contractual issues between DOCAST and ARN Central Waste Management, which has yet to be resolved, forcing DOCAST to dispose the trash in a landfill in Consolacion town.

The issue had been answered by DOCAST in previous statement saying that they were resolving the issue privately with ARN.

“The winning bidder has delivered service but not the entire (service), why are we paying them in full? Of the daily average 360 tons collected per day, the winning bidder only collects 150 tons,” said Archival.

The councilor appealed that more investigations be conducted to find out whether the contract of the city to DOCAST should remain in effect.

In the last week of June 2021, the City Council already ordered the ARN to furnish the city a copy of all garbage they have collected from the city either through DOCAST or directly from the city government’s DPS trucks and barangay trucks.

The council also requested a report on all disbursements the CTO has issued to DOCAST in the span of the contract.

With Archival’s privilege speech, the City Council once more sent a request to ARN and the Office of the City Treasurer to get the necessary data as they continued to investigate the issue.

No councilor present during the session objected to the request and the resolution has been carried out in the name of the City Council as a whole.

DOCAST has yet to comment on the temporary disbursement ban of the City Council.

Only when the City Council receives the necessary data can the disbursement of subsequent payments to DOCAST be made.

Read Next
Cebu City is running out of vaccine supply, again