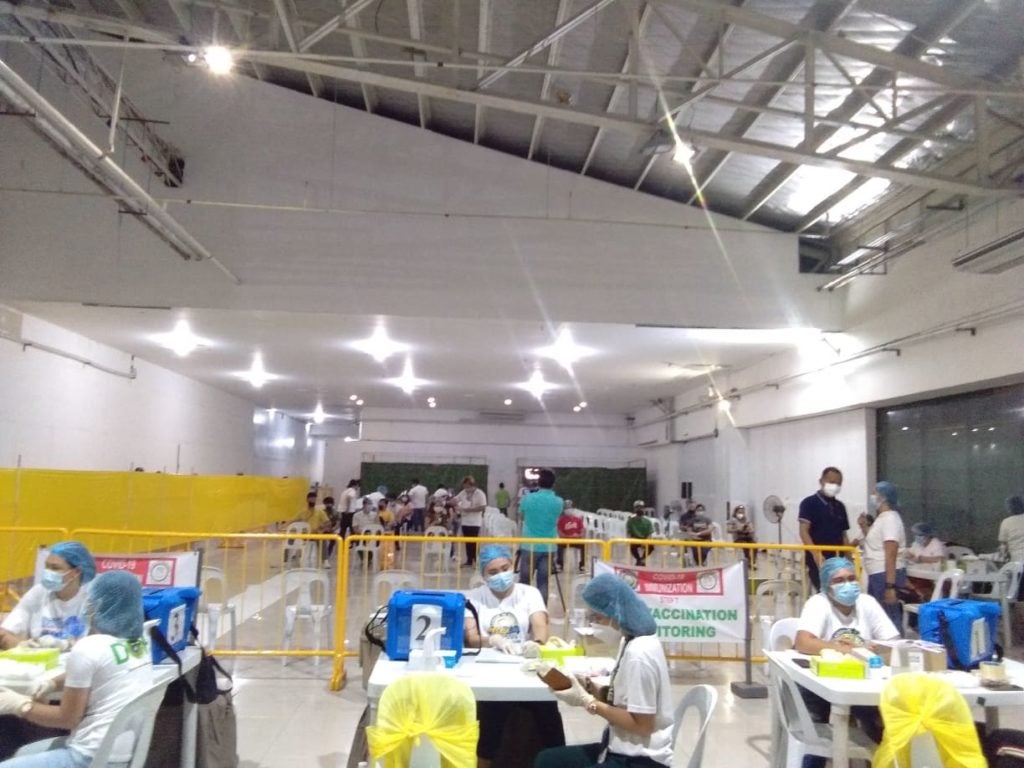 Mandaue City opens its fifth and largest vaccination center inside the Parkmall. On July 15, the 2,000-square meter facility conducted a dry run for its July 19 opening. | Photo by Mary Rose Sagarino

Employees and tenants of the mall were vaccinated during the dry run that would last until Friday, July 16, according to Dr. Debra Maria Catulong, Medical Officer III of the Mandaue City Health Office.

On Monday, July 19, the city will officially open Parkmall as a vaccination site for the public.

Parkmall is located in the North Reclamation Area in Mandaue City. It is the fifth and largest vaccination center of the city that can accommodate 1,200 to 1,400 individuals a day.

The city’s other four vaccination sites are the Mandaue City Cultural and Sports Complex, UCLM campus new building, Pacific Mall, and J Centre Mall that can accommodate 800 to 1,000 individuals per day.

Catulong said the site is very helpful, being the largest center that can cater to many individuals especially now that many residents are willing to be vaccinated.

Catulong said they will still not allow walk-ins at the city’s vaccination centers as she encouraged residents to register in their barangays or online.

She said as of the moment, the new site will only be for first dosers.

Neal Carlson, owner, and general manager of Parkmall said he is happy that the city has opened a site in their mall.

Carlson said they offered it to the city for free to help the government achieve herd immunity.

He said the vaccination site used by the city has an area of 2,000 square meters.

Meanwhile, the city announced today, July 15 that it will only be vaccinating individuals who failed to follow their schedule for their second dose until this week.

According to the Mandaue City Vaccination Operations Center (VOC), second dosers of Pfizer vaccine will be given until 11:30 a.m. tomorrow, July 16, only at the Mandaue City Sports Complex.

The Mandaue VOC warned that if they do not show up or contact the VOC on Friday, the vaccines for them will now be given to 2nd dosers who received their first dose outside Mandaue city.

Subangdaku Barangay Captain Ernie Manatad, Association of Barangay Councils (ABC) president and chairman of the city’s COVID-19 vaccine board, said the city needs to dispose of all vaccines as soon as possible so that the city will be given additional allocation.  /rcg