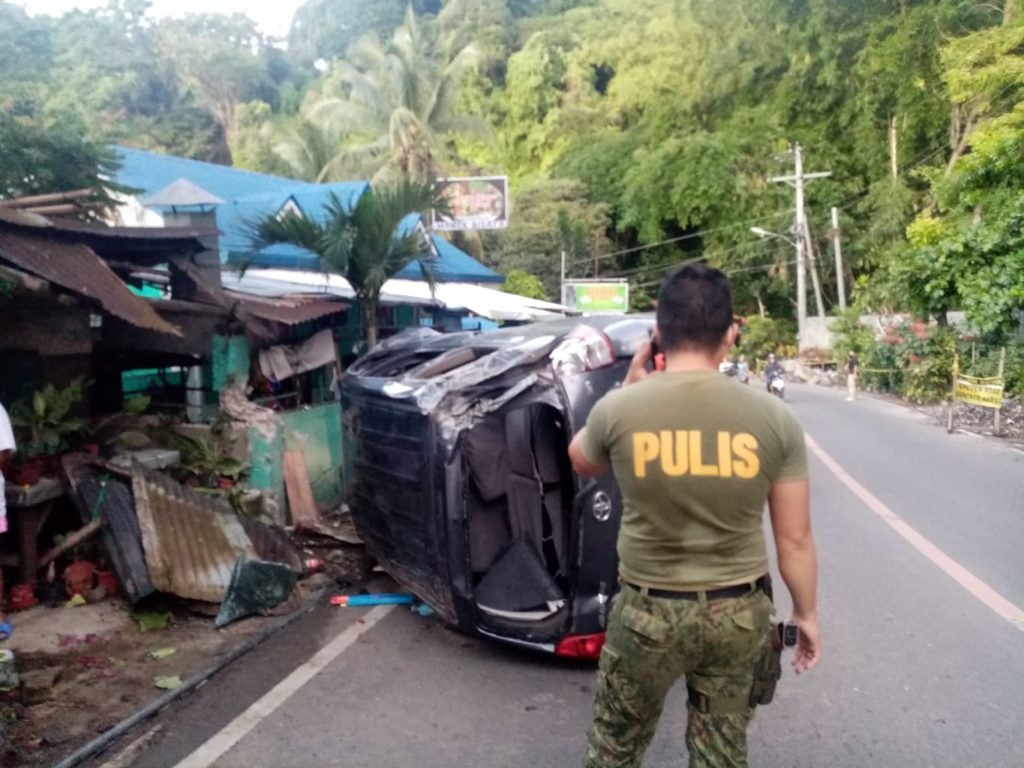 CEBU CITY, Philippines – Seven person were injured when a SUV fell on one side after it crashed into the  concrete wall of a roadside house in Sitio Garaje, Barangay Busay, Cebu City early on Monday morning, July 19, 2021.

Injured passengers were given first aid treatment by personnel of the Cebu City Disaster Risk Reduction and Management Office (CDRRMO) before they were brought to the hospital.

The accident happened at about 4 a.m. near the Busay Elementary School, CDRRMO said.

Barangay tanod George Patindol  said that the passengers of the Toyota Avanza were in their 20s and appeared to be drunk.

Angel Jay Torino, also a barangay tanod, said some of the passengers had cuts on their faces while the others had broken bones.

Photos below are by Paul Lauro: 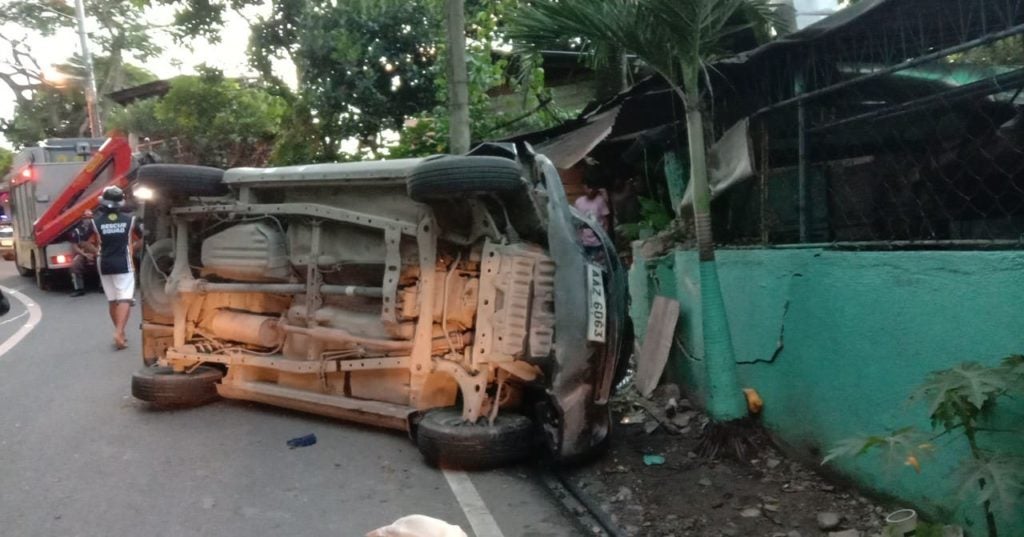 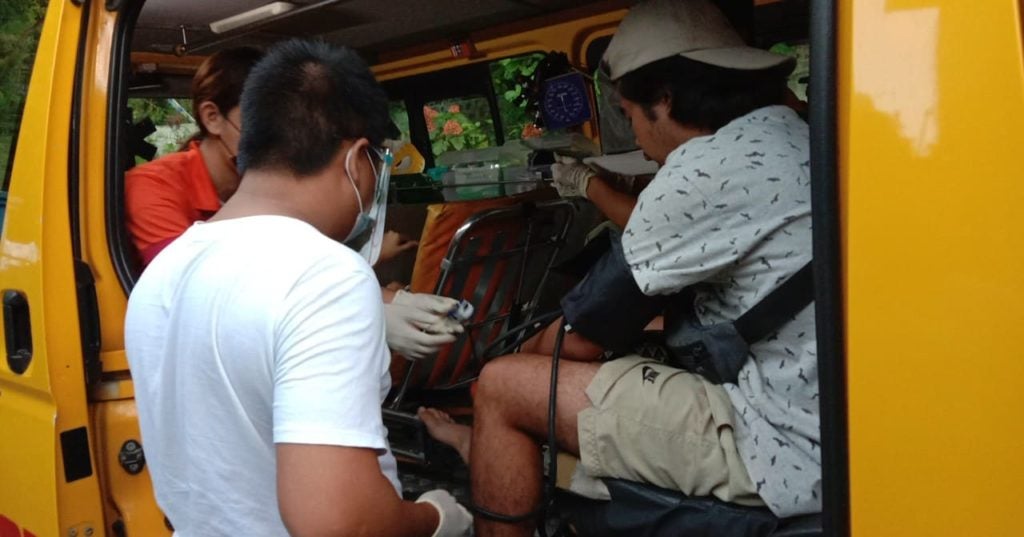 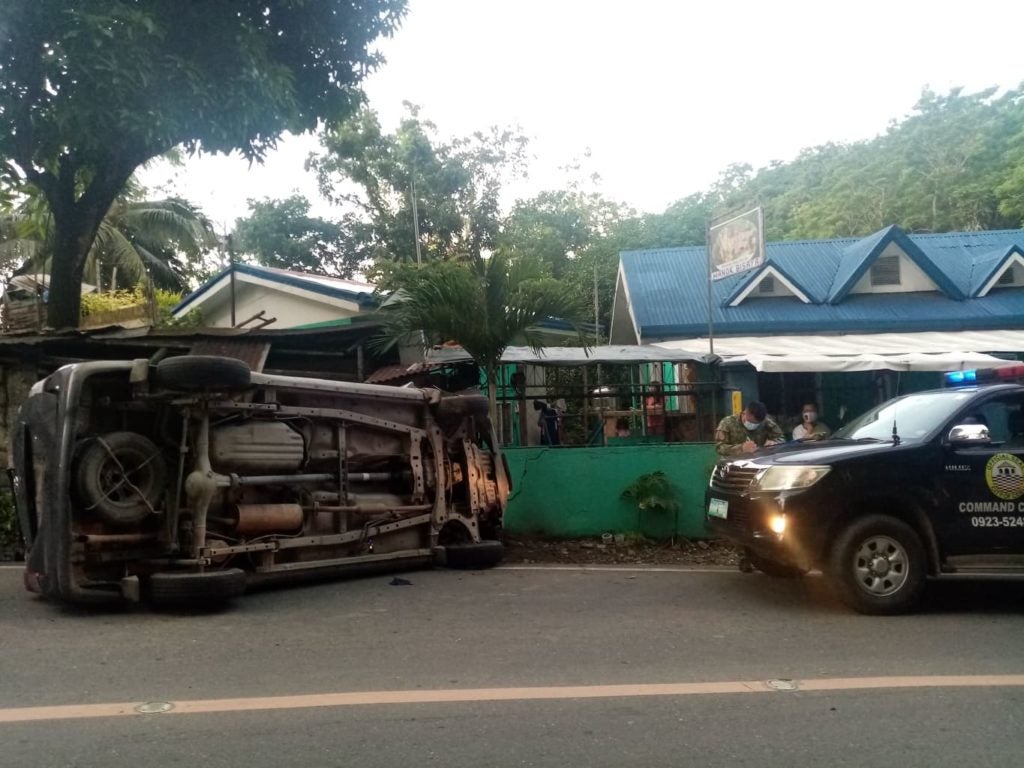 Read Next
The adobo rebellion