MANILA, Philippines — INQUIRER.net is the fourth top site in the country next to Google, Youtube and Facebook, the latest ranking by Alexa on Monday showed, as its sister entertainment website Bandera also saw high ratings in the Facebook leaderboard.

Alexa’s rankings of top sites in the Philippines showed that the average time spent by an audience on a daily basis (daily time on site) on the Inquirer website was 3 minutes and 46 seconds, with 1.96 daily pageviews per visitor and a 27.10 percent of traffic from search.

Pageview is the average number of pages that audiences view from a website. 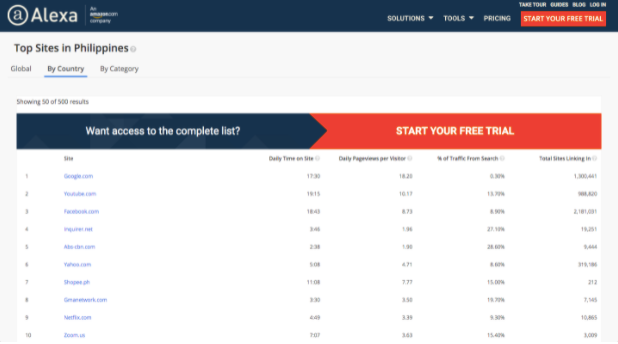 Search engine giant Google, meanwhile, topped the ranking with audiences spending an average of 17 minutes and 30 seconds daily on the website, 18.20 daily pageviews per visitor, and 0.30 percent traffic from search.

It was followed by Youtube with 19.15 daily time on site for audiences, 10.17 daily pageviews per visitor, and 13.70 percent traffic from search.

Facebook, on the other hand, posted that readers spent 18 minutes and 43 seconds daily time on site, 8.73 pageviews per visitor, and 8.90 percent traffic from search.

Following INQUIRER.net in the ranking were Abs-cbn.com, Yahoo.com, Shopee.ph, Gmanetwork.com, Netflix.com, and Zoom.us.

Meanwhile, Bandera also topped the Facebook leaderboard among its competitors with 7.92 million total interactions in the last 30 days, followed by Pep.ph with 5.96 million, Push with 1.46 million, and Spot.ph with 125,510 interactions. 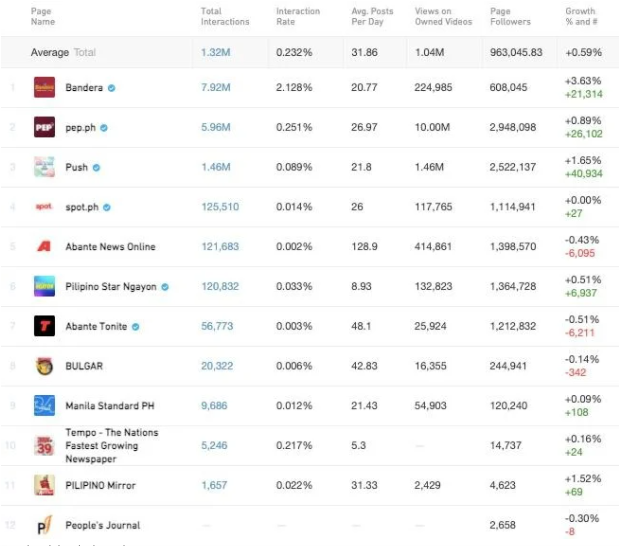 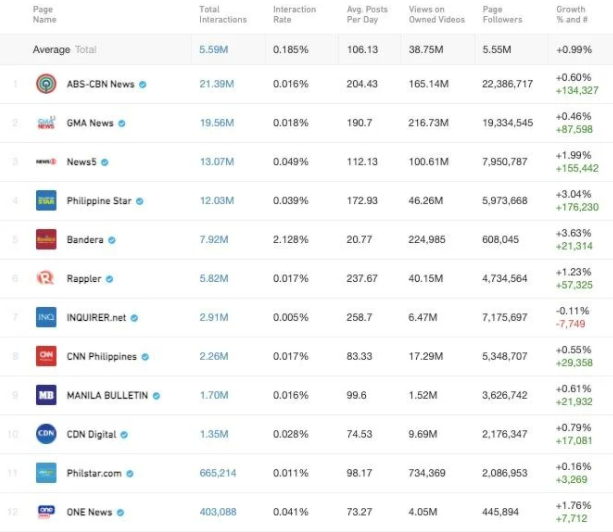 [email protected]: A positive spin in this trying time

Read Next
More policemen, Kasaligan volunteers to be deployed in Guadalupe