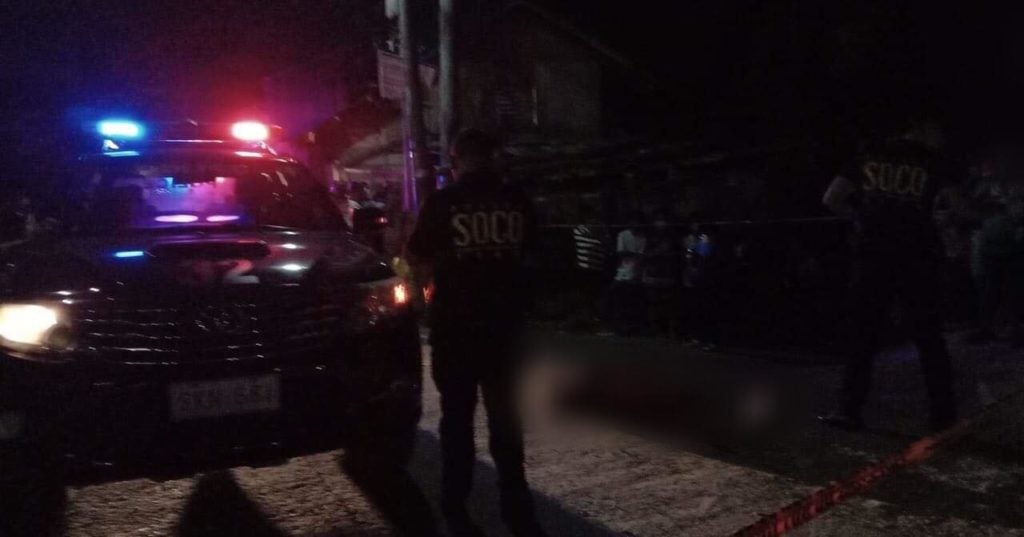 Scene of the Crime Operatives (SOCO) assess the crime scene where a man was shot dead by still unidentified assailants in Sitio Cabancalan I in Barangay Bulacao, Cebu City on Saturday evening, July 24. | Paul Lauro

Police Major Caesar Acompañado, chief of the Pardo Police Station, said Raymart Ocariza was killed six months after he was released from the Talisay City Jail where he was imprisoned for six years for the possession of an unlicensed firearm and illegal drugs.

Acompañado said the killing may be related to what Raymart did in the past.

But he already begged from providing additional information while they continue to investigate the case.

Joel, Raymart’s 51-year-old father, said he is unaware if his son had enemies.

According to witnesses, Raymart was sitting on a parked tricycle located a few meters away from their home in Sitio Cabancalan I when two still unidentified men approached and shot him from behind at about 8:30 p.m. on Saturday.

But he still managed to stand, walk a few steps and ask for help before he fell on the road.

Residents in the area, Acompañado said, claimed to have heard a total of seven gun bursts.

Acompañado said the empty shells will be subjected to ballistic examination to determine the kind of firearm that was used in Raymart’s killing.

They are also looking for CCTV recordings that will help them identify the two suspects.

Raymart’s killing was already the third that happened in areas that are within the jurisdiction of the Pardo Police Station in less than two months.

On July 10, the body of a man, who was believed to be a salvage victim, was found dumped in Sitio Marag in the mountain barangay of  Sudlon II.

Acompañado said they continue to investigate the case while they also wait for family member to identify the victim and claim the body.

Last June 26,  a Talisay City resident was also killed while in Santa Lucia in Cabancalan I because of an unpaid debt amounting to P2, 000.

Murder charges were already filed against three suspects who remain at large as of this posting.