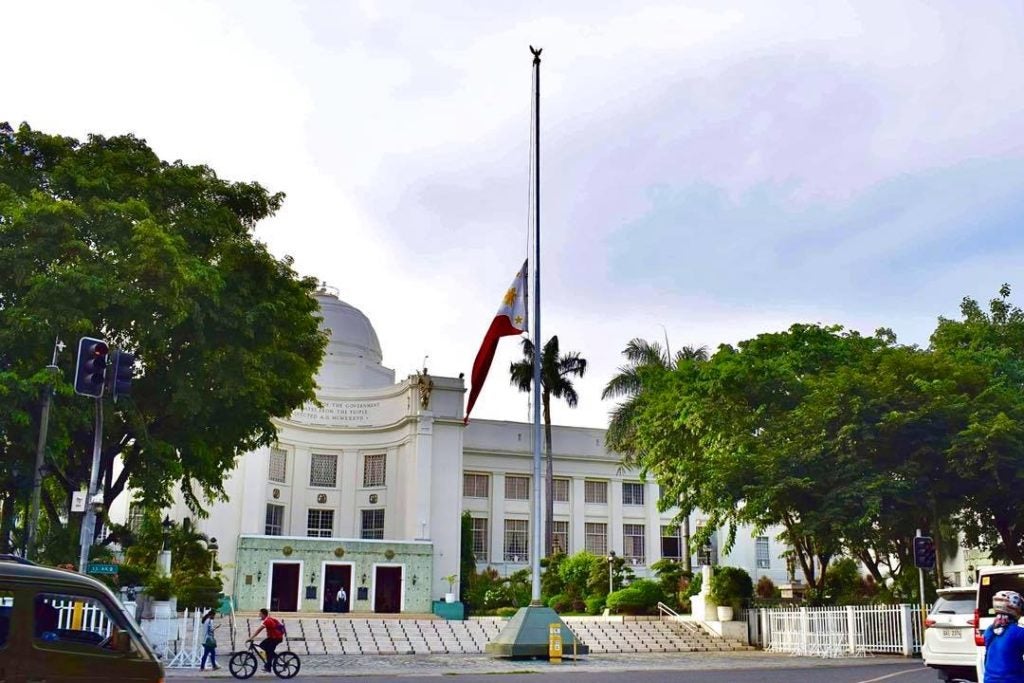 The Philippine flag at the Cebu Capitol Building was flown at half-mast to mourn the passing of former Cebu Gov. Emilio Mario ‘Lito’ Osmeña. This photo was uploaded by the Capitol-ran Sugbo news on July 21, 2021.

CEBU CITY, Philippines — Localities in Cebu are urged to fly the nation’s flags in half-staff as the province mourns the passing of its former governor, Emilio Mario ‘Lito’ Osmeña.

The Provincial Board passed separate resolutions to mourn and express condolences to the Osmeña family during their regular session on Monday, July 26, a post from Vice Governor Hilario Davide III’s Facebook page read.

The legislative body of the Capitol also offered a moment of silence as they mourn Osmeña’s death.

They also requested local governments in the province to fly the country’s flags in half staff ‘in deference to Osmeña whose death the Cebuanos are mourning’.

“Osmeña (sic) is remembered for his legacy in launching “Ceboom” that brought (redacted) fast economic development (in Cebu) after it was devastated by super typhoon Ruping in 1990. He also founded the local political party – Probinsya Muna Development Initiative (Promdi),” Davide’s post added.

Lito was the grandson of the fourth Philippine President Sergio Osmeña Sr. He served as governor of Cebu province from 1988 to 1992.

Read Next
Skateboarder Didal: I am proud to represent country