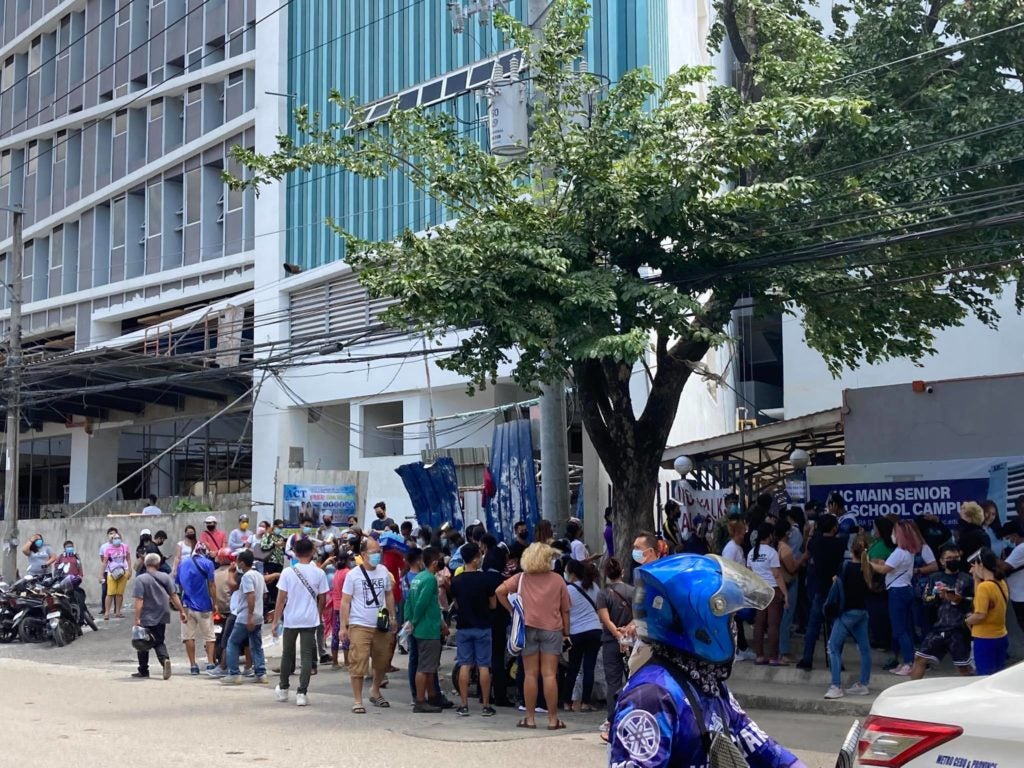 A queue of people are seen in one of Cebu City’s vaccination sites today, July 29, | Mae Fhel Gom-os

CEBU CITY, Philippines — The Cebu City Health Department (CHD) is appealing to the public not to go to the vaccination center when they have not received a schedule yet.

Dr. Jeffrey Ibones, CHD head, said that the public had been flocking to the vaccine sites where the first dose for the A4 priority group or workers were administered.

This has caused tension among those waiting in line and has also brought another problem for the vaccination sites controlling the crowd and ensuring the social distancing.

Ibones explained to the crowd at the University of Cebu (UC) J. Alcantara Street campus that only those with a schedule sent through text could be accommodated.

(It is true that many walk-ins arrived at the vaccination center and most of them are food delivery and other workers, who feared that they might not be allowed to enter malls. But so far here in Cebu City we still had not required vaccination as a way to enter malls.)

The doctor said they had to turn the walk-ins away as the vaccines were dwindling and what was left on Thursday was already allotted to those with the schedule.

By the end of Thursday, most of the vaccines allotted for A4 have been totally distributed and the sites are open only for second dose inoculations or for senior citizen inoculation.

The remaining first dose vaccines of the city is the Johnsons & Johnsons vaccine that can only be inoculated to senior citizens.

Acting Mayor Michael Rama said that the city would not impose restrictions for non-vaccinated individuals particularly in entering establishments.

He said that the city would focus on hastening the vaccine roll-out instead of imposing restrictions to the unvaccinated.

Ibones appealed to the public to register in the website for the vaccination and avoid walking into the sites without a schedule because the CHD would inoculate a limited number per day and only when there would be available vaccines.