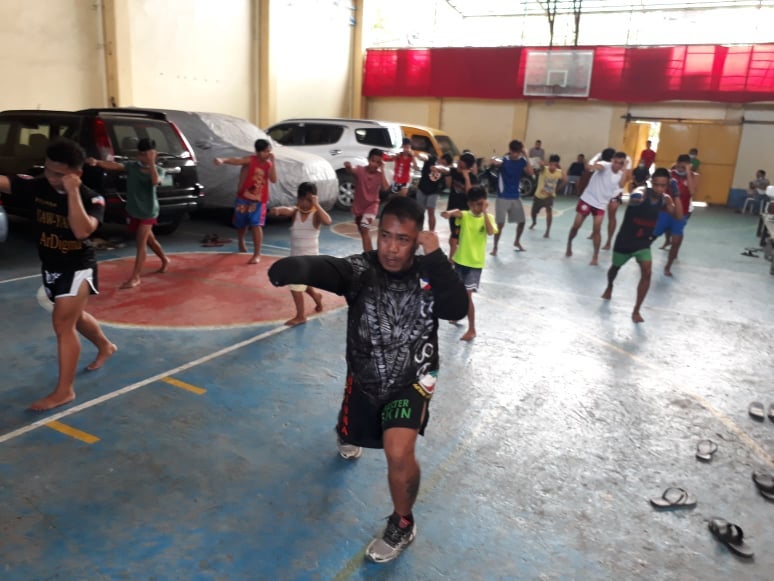 CEBU CITY, Philippines — The chief of the YawYan ArDigma Martial Arts Federation, Master Benigno “Ekin” Caniga Jr. is holding a free martial arts clinic for the youth to keep them fit and active amidst the pandemic.

He recently admitted that his gym in Sanciangko st. is struggling due to the pandemic. He was forced to close his gym for nearly a year due to the health and safety restrictions that prohibited everyone to go out in public.

Until recently, Caniga re-opened his gym to accept students who want to learn MMA, but not that many enrolled compared to before the pandemic happened.

Despite this setback, Caniga decided to continue with his passion. This time, he holds a weekly martial arts clinic as part of Barangay Day-as’ summer sports program that kicked off last July 24 at the Day-as gymnasium along Imus Road, this city.

It is in cooperation of the Barangay Day-as admin headed by barangay captain Fredie Esmas.

Caniga was grateful that their free martial arts clinic gathered a lot of participants ages seven years old and above who eagerly listened and practiced the different techniques of kick boxing, Muay Thai, and self-defense.

The free martial arts clinic is held every Saturday at 3 to 5PM at the Day-as sports complex along Imus Road, this City.

He also stated that their free martial arts clinic is also open for everyone from other barangays.

Before the pandemic, Caniga and his team are also active volunteers of the Cebu City Sports Commission (CCSC) grassroots development program wherein they train children with kick boxing and Muay Thai for free.