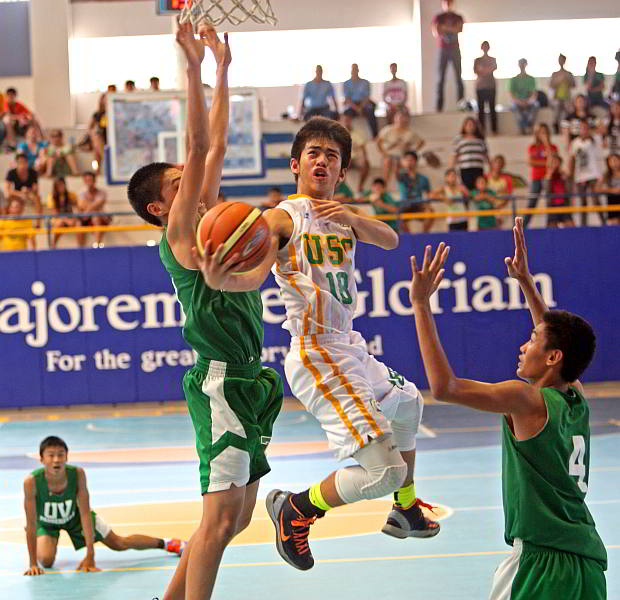 USC-BED and UV cagers battle it out in a secondary basketball game in the recent Milo Little Olympics Visayas Eliminations at the Sacred Heart School-Ateneo de Cebu court. USC-BED was crowned champion in both elementary and secondary basketball. (CDN PHOTO/LITO TECSON)

This early, Visayas delegation head Ricky Ballesteros is already looking forward to the Bisdaks’ stint in the Milo Little Olympics National Finals to be held in Marikina City this October.

Ballesteros is expected to meet with tournament directors today to start the evaluation of the athletes who qualified for the multi-sporting meet for junior athletes from all over the country.

The Visayas Regional Finals just finished this past weekend with athletes from the University of San Carlos-Basic Education Department (USC-BED) reclaiming the elementary and secondary crowns.

Ballesteros yesterday told Cebu Daily News that they have to prepare early in order to have a greater chance of reclaiming  the National title from rival National Capital Region (NCR), winners for the past two years.

The Visayas won the first three editions of the National meet, including the maiden title in 2009.

“We will start evaluating the qualified athletes,” Ballesteros said after the closing ceremony of the Visayas Regional Finals yesterday at the USC-BED North Campus. “This will give us an overview of how we [can] improve the performance of team Visayas in the upcoming National Finals.”

NCR escaped Visayas for the National crown in the past two years and it needs to win just one more in order to bag the coveted perpetual trophy.

The perpetual trophy is awarded to the delegation that wins the national finals for three straight years. Team Visayas was the first delegation to achieve such feat after winning in 2009, 2010 and 2011. 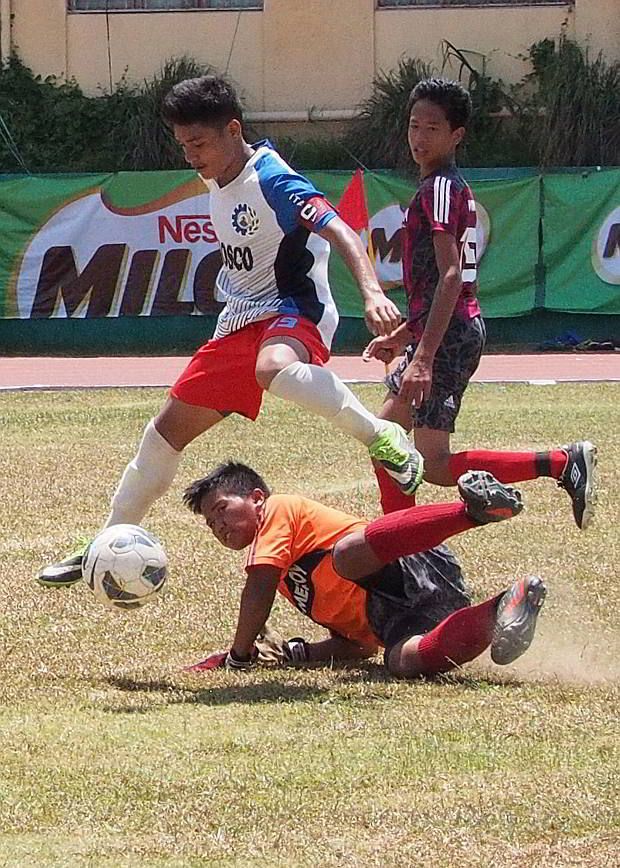 It was a gallant effort though for team Visayas last year, considering that the region was hit by a 7.2 magnitude earthquake in October and a super typhoon the following month.

The Bisdaks proved they were resilient to overcome the calamities but their performance on the field was not enough to topple down the many-time champions of  the Palarong Pambansa.

But Ballesteros thinks the pressure is on NCR this year.

“I’m sure of it because they are all thinking of how [to] win the perpetual trophy while team Visayas is aiming to beat them in their own court,” Ballesteros said.

Ballesteros said Team Visayas will be fielding an interesting lineup this year after a series of upsets rocked the Regionals.

It also beat USC-BED’s wood pushers in the chess event.

“These are the kinds of teams we really need to win back the national title. They have proven it by winning over the defending champions in the regional finals. I just hope that they will excel more in the national finals.” Ballesteros said.

Read Next
Wife of fallen Ironman biker thanks supporters