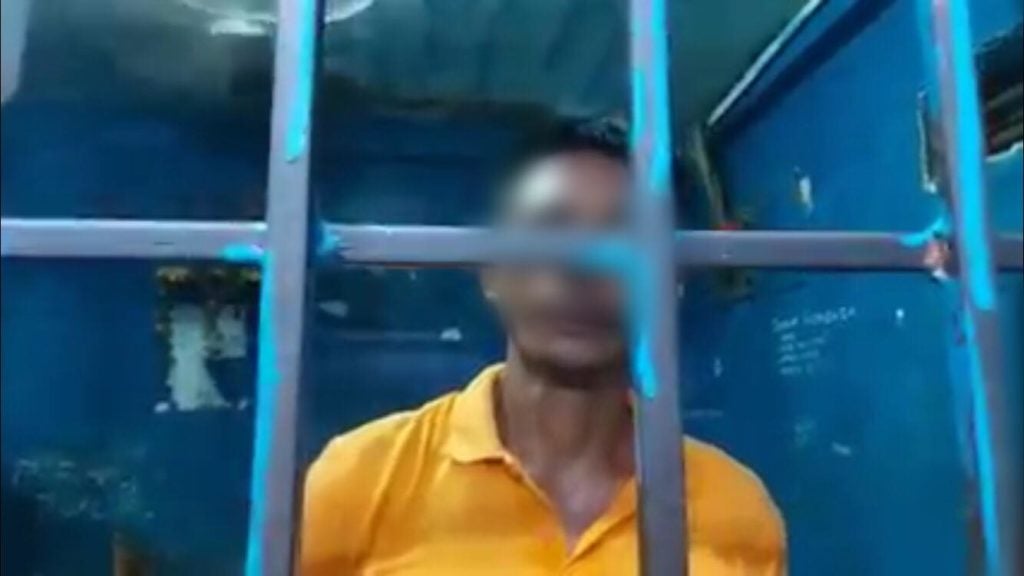 DRUGS, BARANG, DEATH. A remorseful Epifanio Behagan says he wants to ask forgiveness to the family of the man he mistakenly attacked and killed in Barangay Mambaling, Cebu City on Saturday. | Contributed photo

CEBU CITY, Philippines —A 41-year-old construction worker, who has allegedly admitted to using shabu earlier that day, attacked without provocation his neighbor with a 13-inch knife killing the latter in B. Aranas, Barangay Mambaling, Cebu City.

Epifanio Behagan, 41, told police that he thought that his neighbor was his brother, whom he was at odds with and whom he suspected to have allegedly put a curse on him (barang) so that he would go insane.

His neighbor, Jovani Zapanta, 34, was rushed to the hospital after Behagan stabbed him twice in the stomach, but the attending physician at the hospital declared him dead on arrival.

Investigation showed that Zapanta was resting on a bamboo bed outside his house when Behagan suddenly approached the former and stabbed him with a 13-inch knife at past 3 p.m. on Saturday, August 7.

Behagan went back to their house after the attack and that was where a responding barangay tanod apprehended him.

He was turned over to the Mambaling Police Station at 3:30 p.m. that day.

Behagan said that what he saw was not Zapanta’s face but that of his brother, Tonton.

Behagan said he regretted what he did and had wanted to ask for forgiveness to the family of Zapanta.

Behagan was detained at the Mambaling Police Station detention cell pending the filing of charges.