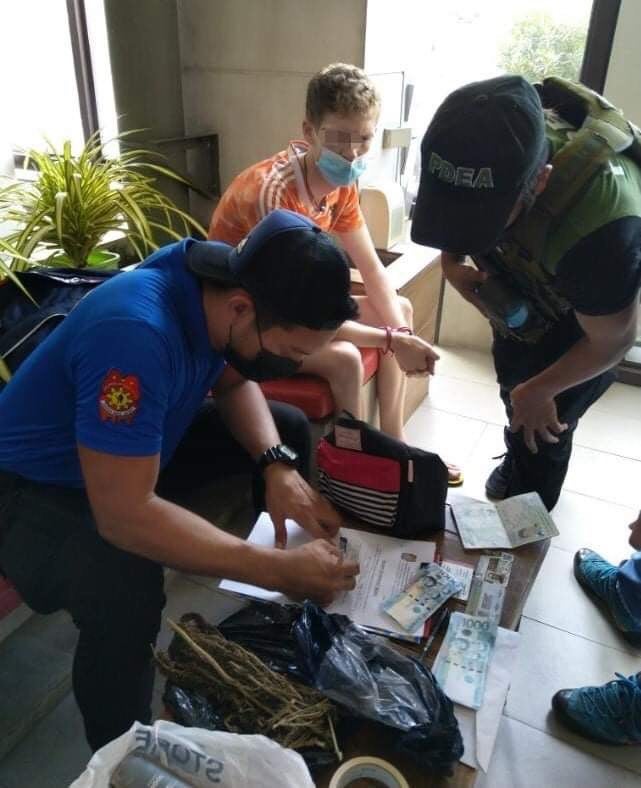 Daniel James Gadsden, 24, an online English instructor, who is also a British national, is caught with five grams of marijuana leaves during a buy-bust operation in Gadsen’s condominium along Tres Borces Street in Barangay Mabolo, Cebu City at 3 p.m. on Thursday, August 12. | PDEA-7 photo

First to fall was Daniel James Gadsden, 24, an online English instructor, who was caught with five grams of marijuana leaves during a buy-bust operation at 3 p.m. that day in Gadsden’s condominium along Tres Borces Street in Barangay Mabolo, Cebu City.

Albiar said that it took them a month of case build up against Gadsden who has been in the Philippines for a year and five months already.

Albiar said that Gadsden allegedly got his supply of marijuana from a certain “Kap”, a Filipino, whose address was Moalboal town in southern Cebu.

Albiar added that further investigation and follow up operations continue pending his arrest.

For now, Gadsden is currently detained at the Criminal Investigation and Detection Group’s  (CIDG’s) detention facility. 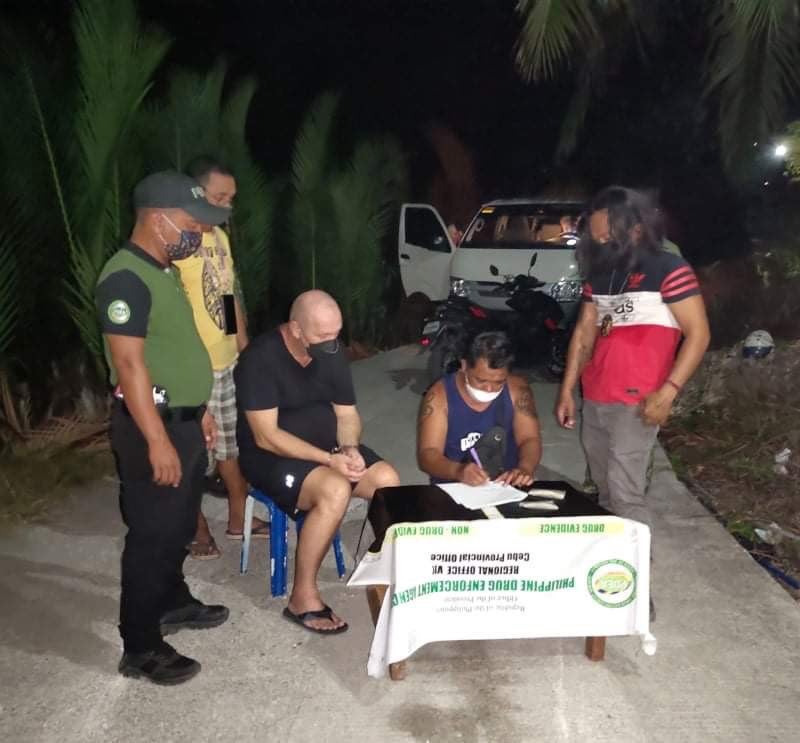 A followup operation of Gadsen’s alleged supplier, a certain Kap, in Moalboal town led to the arrest of another British national at past 7 p.m. in Barangay Poblacion, Moalboal town.

She added that Risely was with the undercover PDEA-7 agent while transacting with “Kap”.

She further said that Risely told them that he only bought marijuana for personal consumption, and he would sometimes share this to other foreigner friends.

Risely has been staying in the Philippines for vacation for one year and six months now.

Albiar also confirmed that both Gadsen and Risely are British nationals.

Based on their initial report, Albiar said that Kap’s main area of operation was in Moalboal town where foreigners were mostly his customers. “Kap” can also dispose his illegal drugs in the neighboring towns.

She also said that “Kap”, however, managed to escape arrest during the operation in Moalboal.

Security Guard Maritonie Maxilom is caught with 4 grams of suspected shabu in a buy-bust operation in Barangay Cotcot in Liloan town, northern Cebu at past 9 p.m. on Thursday, August 12. | Contributed photo via Paul Lauro

At past 9 p.m. on August 12, another buy-bust operation was conducted this time by the Provincial Intelligence Unit of the Cebu Police Provincial Office, the Liloan Police and PDEA-7, in Barangay Cotcot, Liloan town in northern Cebu where a security guard was caught with 4 grams of suspected shabu with an estimated market value of P27,000.

Maritonie Maxilom was arrested after he was caught with the suspected shabu during the buy-bust operation, said Police Lieutenant Colonel Jeorge Francis Rodrin in his report.

Rodrin said that Maxilom of Barangay Catarman, Liloan town had been in their watchlist of drug personalities and was considered a high-value individual.

On the same day in Tagbilaran City, Bohol province, a 30-year-old woman, Jobel Taberanza, was caught with five grams of suspected shabu during a buy-bust operation conducted by PDEA-7.

She said that the suspected shabu confiscated from Taberanza had an estimated market value of P34,000.