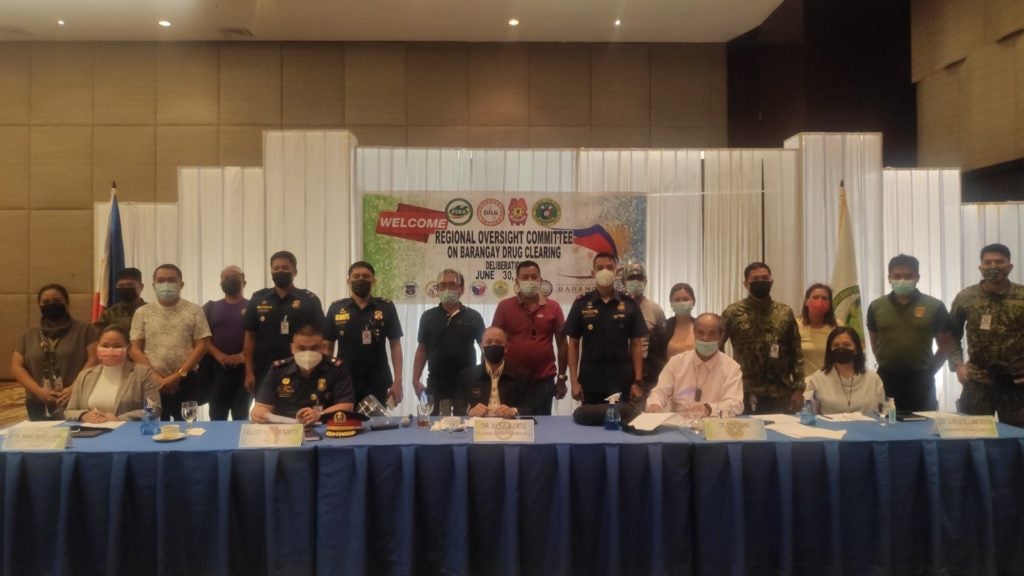 The Regional Oversight Committee on Barangay Drug Clearing (ROCBDC) convened for the sixth time this year to deliberate on the application for “drug cleared”/”drug-free” status of thirty (30) barangays in Central Visayas last June 30. | Photo from PDEA-7

CEBU CITY, Philippines — Monitoring is important in drug-cleared barangays because there is a possibility that these barangays may be flooded with illegal drugs again.

Leia Albiar, Philippine Drug Enforcement Agency in Central Visayas spokesperson, said this as she emphasized the importance of monitoring drug-cleared barangays so that they may remain free of illegal drugs.

Albiar also cleared misconceptions about the Barangay Drug Clearing Program (BDCP) and the drug-cleared barangays and that they were cleared because of successfully implemented programs and strategies both on the supply, demand, and harm reduction of illegal drugs in their respective areas.

(These barangays are not fenced so it is possible that there would new drug personalities that will arrive.)

(This is why even if the barangay has been cleared, we always have a monitoring for newly identified drug personalities, and that we continue to conduct anti-illegal drug operations if there are validated reports of drug personalities who were asked to surrender but would not surrender.)

Last June 30, the Regional Oversight Committee on Barangay Drug Clearing (ROCBDC) has again convened for the sixth time this year to deliberate on applications of at least 30 barangays in Central Visayas to be declared as drug-cleared.

Albiar said that as of this posting, there were at least 17 barangays declared as drug-free while 13 others were under probationary status as they were given 15 days to complete their documents.

(Technically, these 30 barangays are okay. They only need a few [requirements] to complete.)