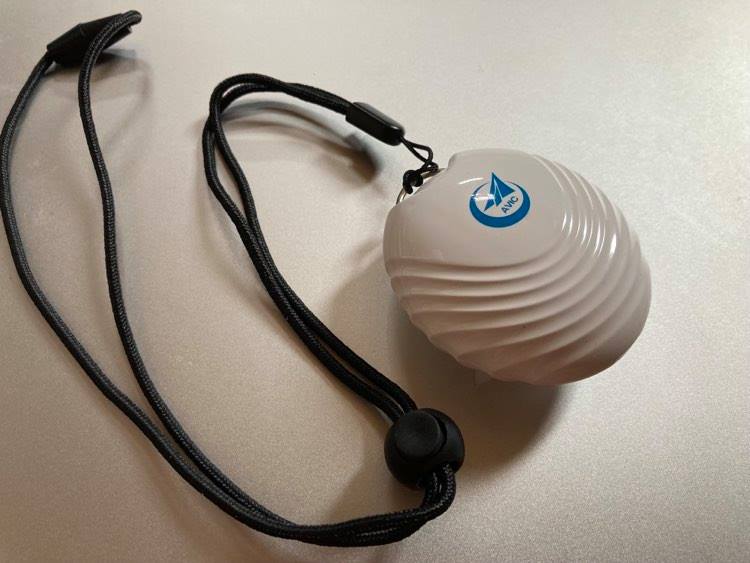 This was the order issued by Cebu Governor Gwendolyn Garcia during their coordination meeting with the operators of buses including minibuses and premium taxis on Thursday, August 12, 2021.

Garcia said the mandatory wearing of personal air purifiers, which should have been effective since Friday, August 6, will now be included in the inspection of the police personnel during checkpoints starting Monday.

This was after Police Colonel Engelbert Soriano, director of the Cebu Police Provincial Office (CPPO) raised during the meeting that he noticed that he had not seen even a single driver of the six PUVs who were flagged down at checkpoints from Talisay City to Carcar City who was wearing a personal air purifier.

Garcia emphasized the importance of air purifiers as added protection for possible transmission of COVID-19, stressing that they purify the air around the person.

“Why don’t we use science and technology? Because transmission happens in the air. And if we can purify the air around us, mo-create ba og shield nato,” Garcia added.

She said it could be seen through Facebook lives that she has been wearing an air purifier since February last year, as well as all the Capitol employees.

The governor told operators that they could buy through a supplier here in Cebu, though its price is a bit higher compared to a shop online.

Garcia also hopes that Cebu City will soon adapt to the said protocol, stressing that a lot of workers coming from the province ride the PUVs, particularly modernized jeepneys in the city, of which only a small part of the window could be open for ventilation.

She added that the highest surge of transmission happens in public transport, wherein drivers and conductors are the ones who are most exposed to the passengers.

According to one of the brands of air purifiers, Aviche, the product could capture smaller microscopic particles and change properties to make the floating dust different charges attract and adhere to each other, and finally, fall down to the ground.

It further said that its negative ions have been identified as an effective means of killing bacteria to purify the air.

Cameras to be set up outside Cebu South Bus terminal