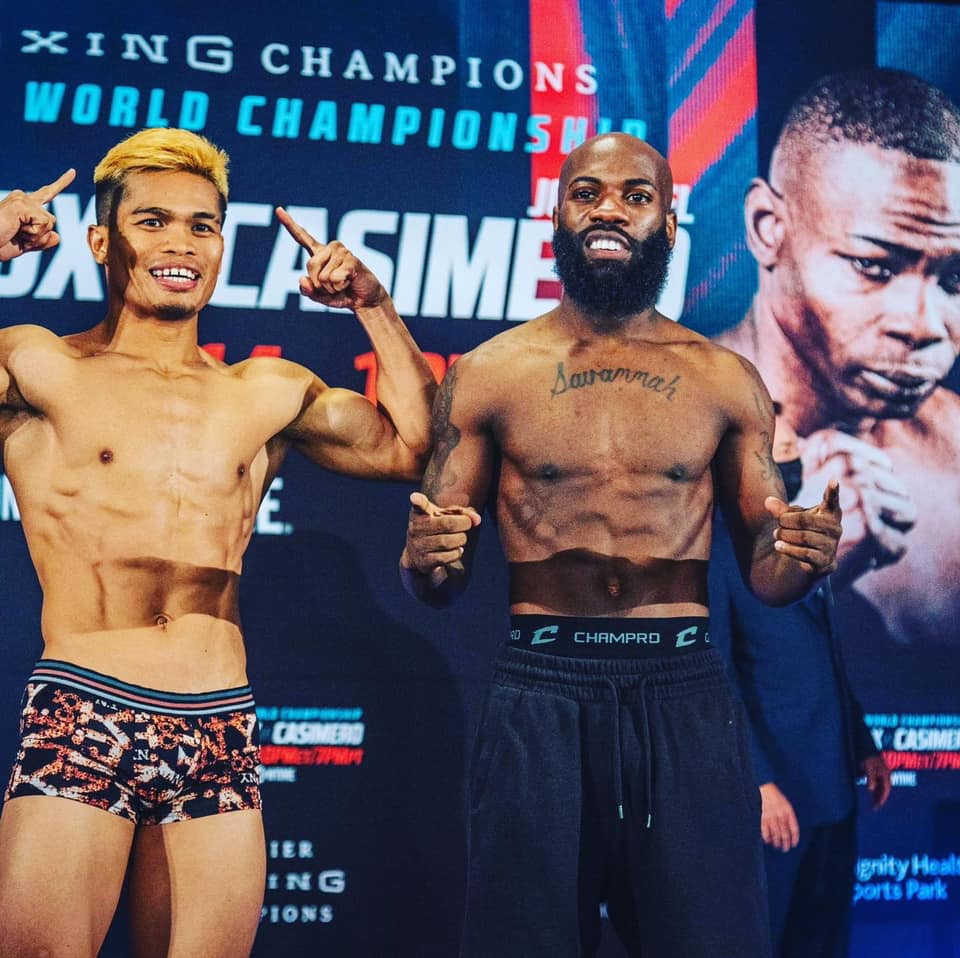 Filipino Jonas “Zorro” Sultan and American Sharone Carter pose for photographers after their weigh-in. Sultan and Carter will fight in the undercard of the Casimero-Rigondeaux world title showdown in Carson City, California. | Photo from Sultan’s Facebook account

The 29-year old Sultan, the pride of Tampilisan, Zamboanga del Norte defeated Casimero via unanimous decision in 2017 at the Waterfront Cebu City Hotel and Casino when he was still with the disbanded ALA Boxing Gym.

Tomorrow, Sultan will try to end a two-year hiatus on a winning note against Carter who is a last-minute replacement.

Sultan weighed in at 119lbs while Carter tipped the scales at 118.2lbs for their eight-rounder bantamweight duel.

Carter replaced Mexican Jose Maria Cardenas who was forced to back out due to the COVID-19 restrictions in Mexico.

Sultan who is based in the United States for around a year now has a record of 16 wins, five defeats with 10 knockouts.

He’s been training alongside Casimero in Los Angeles, California, and served also as the latter’s sparring partner.

The last time Sultan stepped in the ring was in August 2019 where he defeated compatriot Salatiel Amit via technical knockout in Ormoc City.

Meanwhile, the 30-year old Carter is looking for redemption after losing his most recent bout in February against fellow American Rau’shee Warren by unanimous decision.

Carter of Saint Louis, Missouri holds a record of 12-4 (win-loss) with three knockouts. His biggest win was against former world champion McJoe Arroyo in January this year, before losing to Warren.