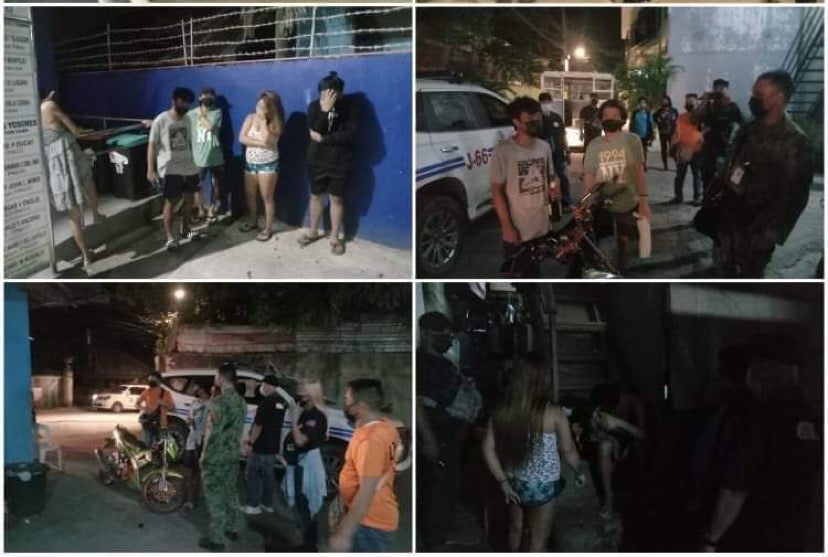 These are photos taken during the Oplan Puyo of Guadalupe Police Station on Monday, August 17. | Photo from Guadalupe PS

Police Lieutenant Colonel Wilbert Parilla, deputy director for operations of the Cebu City Police Office (CCPO), said that this means their approach in implementing the stay-at-home policy of the new executive order of the city is effective.

Of the 389 caught,  78 were minors while 311 were adults. According to Parilla, most of those caught were those who violated curfew hours and those who didn’t wear face masks properly.

The number of violators  nearly doubled the average of daily apprehensions of police in past operations.

(If you have noticed these days, around 5 or 6 o’clock in the afternoon, it is now more peaceful considering that people do not have any more reasons to roam around.)

Meanwhile, Parilla also said that there are already parents who had to do community service to get their children, who were held for violating health protocols on Monday. The parents were tasked to clean areas near the South Road Properties.

Parilla also said that daily checkpoints are already set in all areas in Cebu City, especially in mountain areas, wherein they anticipate many leisure bikers.

As of this posting, though, there were no apprehensions made on erring bikers in the Cebu City.

However, he still ordered policemen from the Mabolo Police Station to closely monitor their areas, especially in barangay Lahug where most cyclists pass going to Barangay Busay.

Parilla reiterates the need for the people to stay at home to help Cebu City lessen its COVID-19 cases.