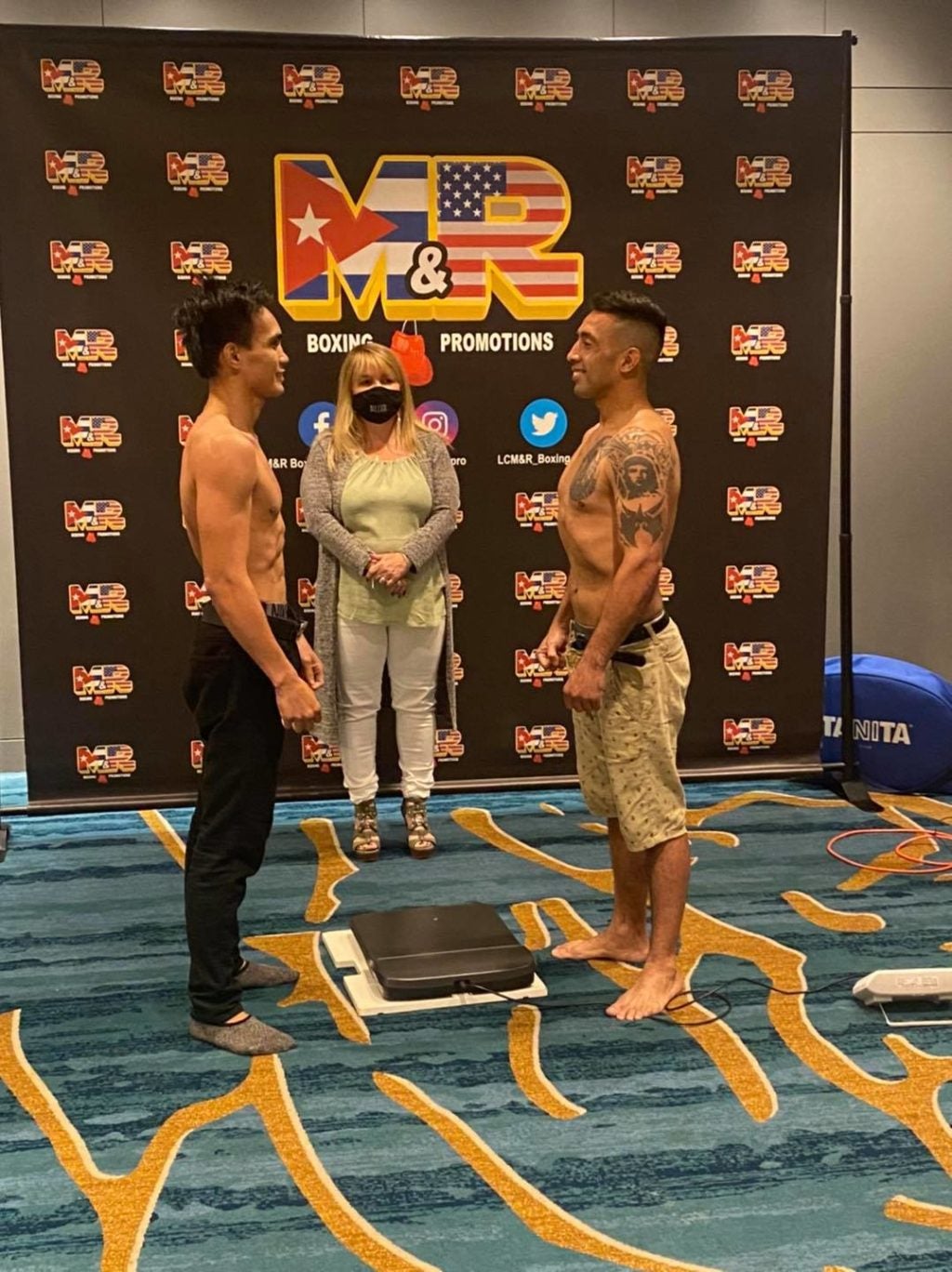 Romero Duno (left) and his opponent Ramon Elizer Esperanza engage in a staredown after passing the official weigh-in for their non-title lightweight bout in Miami, Florida. | Photo from Sanman Promotions Facebook page

Duno, one of the top prospects of the SanMan Boxing Gym, weighed in at 136.6 pounds while Esperanza tipped the scales at 137.8lbs for their scheduled non-title lightweight bout that is promoted by the M&R Promotions.

It has been almost two years since Duno suffered a crushing defeat at the hands of undefeated American Ryan Garcia for the vacant WBC silver lightweight  and the WBO NABO lightweight titles in September 2019 at the MGM Grand in Las Vegas.

Duno was knocked out in the first round against Garcia.

Despite the devastating defeat, Duno immediately returned to the ring five months after his loss to Garcia. He bounced back by beating fellow Filipino Angelito Merin via knockout in General Santos City.

The 25-year-old Duno of Cotabato City sports a record of 22 wins with 17 knockouts and two defeats. Before losing to Garcia in 2019, Duno was on an impressive 12-fight winning streak. He wrested the WBC Asian boxing Council super featherweight title, the WBC Youth Intercontinental lightweight title, and the WBO NABO lightweight title in the process.

The 37-year-old Paraguayan journeyman has not won since 2016. He has lost seven straight bouts going into this fight. His most recent bout was held at the same venue. He fought Honduran Josec Ruiz last July and lost via technical knockout.