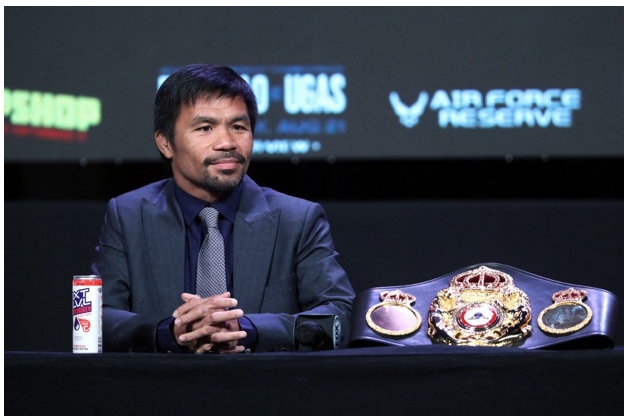 MANILA, Philippines—Manny Pacquiao is unsure whether his fight against Yordenis Ugas would be the last of his career.

He is certain, however, that as long as he’s active he’s still willing to fight whoever the best there is in the welterweight division and that includes champions Errol Spence Jr. and Terence Crawford.

“As long as I’m still in boxing I’m open to and willing to fight Terence Crawford, Errol Spence or anybody. The best,” said Pacquiao as per BoxingScene.com.

Pacquiao was initially scheduled to fight WBC and IBF champion Spence for the two belts, as well as the Ring Magazine title, but the undefeated American had to pull out from the bout after having eye surgery.

This sudden change left Pacquiao to take on WBA Super champion Yordenis Ugas in a bid to reclaim his status as the sanctioning body’s top fighter at 147 pounds after he was relegated to “champion in recess” status due to inactivity.

Pacquiao hasn’t fought since July 2019 when he defeated Keith Thurman via split decision to win the WBA Super title.

A win over Ugas could ultimately lead to the unification bout with Spence and hurdling that fight could probably mean an undisputed match against WBO champion Crawford.

Bradley sees Pacquiao getting ‘one sided decision’ over Ugas

Ugas, trainer believe Pacquiao doesn’t have what it takes to win by KO

Manny Pacquiao says bout vs Ugas ‘could be my last’

Read Next
Frasco: We have secured the necessary permits and approval prior to Camotes Islands’ event