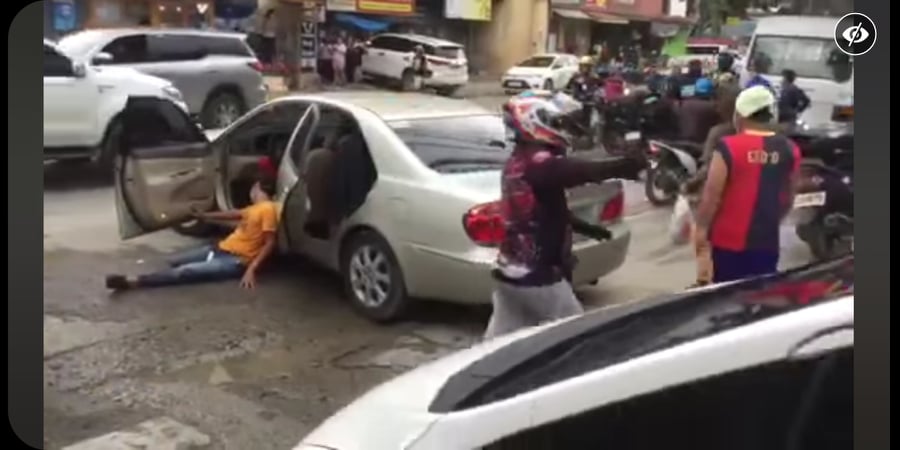 The 37-year-old driver of slain lawyer Rex Jesus Mario Fernandez emerges from the car after sustaining a gunshot wound during the daring ambush in Barangay Guadalupe, Cebu City past 4 p.m. on Thursday, August 26, 2021. | Screengrab from a contributed photo

MANDAUE CITY, Cebu — The family of the slain lawyer Rex Jesus Mario Fernandez has been raising funds for their driver who was reportedly under critical condition after sustaining a gunshot wound in his spine during the ambush incident on Thursday, August 26.

Stella Wingate, the daughter of Fernandez who organized the fundraising, said their family driver, Darvie Pondar, who could be also hit in his kidney, is in need of at least P150,000 to pay for his spine surgery alone.

“His family needs PHP 150,000 ($3,000) to pay the hospital upfront to take the bullet out of his spine. That cost doesn’t include trying to see to his kidney. Please help us save Darvie,”  read part of her campaign statement.

Rex Rubens “RR” Fernandez, son of the human rights lawyer, also posted on his Facebook account on Friday, August 27, 2021, that Pondar was undergoing both spine and liver/kidney surgeries at a private hospital in Cebu City.

RR told CDN Digital that their 37-year-old family driver has been a trusted caretaker of his dad for more than five years already.

“What I know kay he used to be a taxi driver. And na lingaw si papa niya and asked him to come work with him,” he said, stressing that they do not ask for a certain amount as any help will be highly appreciated.

RR, in his most recent post, however, advised those who would like to donate to verify whether it is their authorized channel as he has been seeing posts campaigning for Pondar’s medical assistance. 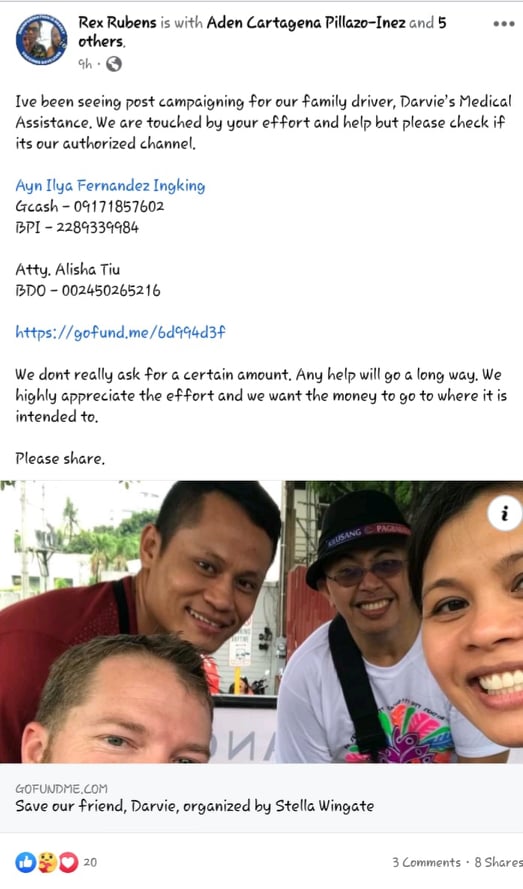 Meanwhile, RR said he initially learned from his father’s embalmer that the lawyer sustained gunshot wounds to his cheek, lungs, heart, intestine, and kidney. He said a bullet was found in his father’s lungs as well.

RR also announced that there will be a three-day funeral wake for his father, which started on Saturday, August 28 to August 30 from 7 a.m. to 10 p.m. at St. Peter Chapels along Imus Street, Cebu City.

Fernandez is set to be cremated on September 3, but due to the long queue in crematoriums, he will be temporarily stored inside the St. Peter’s storage facility from Tuesday, August 31 to Friday, September 3. He will be buried on October 4, 2021, in Talisay City.    /rcg