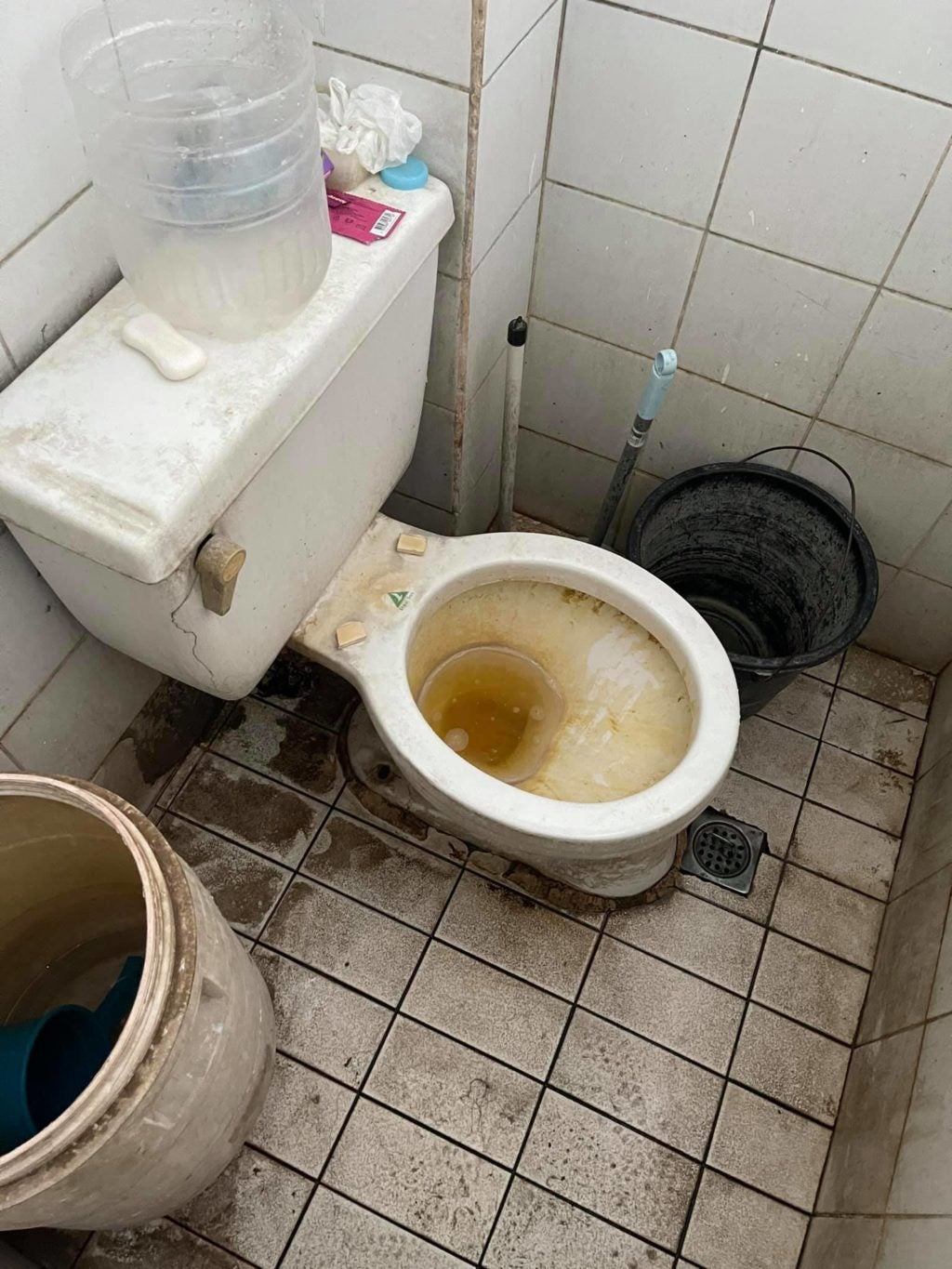 A toilet inside an isolation facility ran by the Cebu City government. | Photo from James Marinduque via Morexette Marie Erram

This is what licensed nurse James Marinduque described when he and his boyfriend spent a night in one of Cebu City’s government-run isolation centers last August 25.

Marinduque took to social media to share the ‘unsettling experience’ they had when they were transferred to Cebu City Central School which is currently being used as an isolation center for COVID-19 patients.

Marinduque’s post went viral, generating, as of August 29, over 1,800 reactions and shared more than 2,000 times on Facebook.

In an interview over the internet with CDN Digital, the 29-year-old nurse from Barangay Lahug said they were disturbed and furious to find out the real situation of COVID patients in the isolation centers managed and operated by the city government.

Marinduque also shared that prior to being transported to City Central School, personnel from the city’s Emergency Operations Center (EOC) also tried to use intimidation to force them to go to the isolation centers.

(I cannot help myself from being angry. It can traumatize you. When are already positive then somebody calls you. They scared us with the police or army. Then when you reach the isolation center this is what happens.)

Similar posts sharing the nurse’s experiences also made rounds on social media, with netizens also recalling the same ordeal they had in some of the city’s isolation centers.

Councilor Joel Garganera, EOC head, said they will look into these reports and vowed to make the necessary improvements.

“Our comfort rooms are being cleaned once a day by our personnel wearing PPEs (Personal Protective Equipment). It’s been a while since we heard such complaints, I will personally look into this and all I can say is we will improve, just like the decline of our daily cases, we will improve,” Garganera told reporters in a series of messages.

“There might be lapses cause cases are really overwhelming, but now cases are declining we will continue to improve,” he added.

Cebu City has at least seven isolation centers to house patients who are either asymptomatic or who only have mild cases of COVID-19.

Marinduque said he started showing symptoms of COVID-19 on August 19 and he decided not to report for work.

The next day, he immediately underwent swab tests and results showed that he was infected with the virus.

Since August 19, the nurse and his boyfriend, whom the former identified as Marnel Liu, have been doing home isolation.

When workers from EOC visited the couple on August 22 to take Liu’s swab samples, Marinduque initially believed they were qualified for home isolation.

(I requested for a home quarantine from them because I am a nurse and we are really okay staying at the house because we have our own CR. We cannot go out. Their answer was ‘Okay sir, we will forward this to another team… Until August 25, we did not receive a call from the person we spoke to. So I thought it was already okay.)

When they received news that Liu was also positive of COVID-19 on August 25, the couple was surprised when EOC personnel insisted that they should not undergo home quarantine.

Marinduque said contact tracers allegedly used intimidating tactics to force them to get out of their house, and stay in an isolation facility.

Liu was the first to arrive in City Central School, who immediately reported to his boyfriend (Marinduque) how poor their conditions were.

(I was still at home (and) I requested to them to pick me up because we were not brought there together. Pick me up so that I can be with him. It’s difficult to if the person will have a panic attack because of fear. When I reached there, that is what I saw.)

The couple did not last for a night there and opted to spend around P12,000 to P13,000 for hotel isolation.

Some of the problems they experienced included no running water in the facility and no stable supply of potable water, no cleaning materials provided, and no divisions to isolate one patient from the other.

In their case, they had to share the same room and ‘uncleaned CR’ with six other patients. He also said no pillows and no sanitized bedsheets were provided for their beds.

(For me, if they would take people from their home, it is their responsibility to keep the area clean. If they have no staff to clean it, then we will clean it but (they should) provide us materials so that we can clean it.)

As a result, Marinduque urged the city government to provide better isolation facilities and improve their existing operations.

(For me, my request is if they only have a few staff in the isolation facility then they should not force to take the positive, who can isolate on their own. First, they should assess the house if the person can comply with home quarantine. Second, provide cleaning materials for each room or each floor if their budget cannot afford it. Or inform the person to bring materials to clean the area. Third provide a divider per bed, disposable bedsheets even a cheap one is okay. So that the purpose of putting a person in quarantine will not be defeated. It does not matter if there are no pillows. Last, train the staff. They should not discriminate.)

Lapu to transform some public schools into isolation facilities