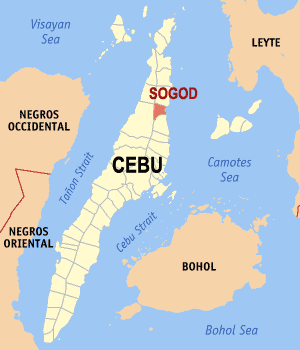 Sogod town in northern Cebu decided to revert to MECQ in an effort to stem its rising COVID-19 cases.

In his EO, Streegan stated that the Cebu Provincial Government and the Regional Inter-Agency Task Force for the Management of Emerging Infectious Disease (IATF) approved their request to elevate their quarantine status.

“In spite of the implementation of the (Executive Order No. 35 issued by Gov. Gwendolyn Garcia defining the guidelines and protocols for General Community Quarantine), the Municipality of Sogod still experienced a spike of active cases of COVID-19 and COVID-19 related mortality in this month of August,” portions of the EO read.

With MECQ in place, stay-at-home orders will prevail and only people with urgent trips are permitted to go out of their houses.

Several business establishments were also told to suspend their operations until the quarantine classification is revoked or changed.

Indoor dine-in services of food preparation establishments such as commissaries, restaurants, and eateries are also not allowed to operate during the town’s MECQ phase.

The municipality, in addition, implemented a schedule to regulate the influx of individuals visiting the Sogod Public Market.

The towns’ barangays are divided into two clusters in which those residing in Barangays Calumboyan, Damolog, Bawo, Ibabao, Dakit, Takay, Lubo, Mohon, and Pansoy are grouped under Cluster 1, and will only get to go to the market every Monday, Wednesday, and Friday.

“Sundays will be open to everyone including non-residents of Sogod, provided that they observe and follow the mandatory health protocols and Public Market management policies,” the EO added.

Sogod is a fourth-class municipality with a population of roughly 39,400. It is located approximately 61 kilometers north of Cebu City.

As of August 30, they reported a total of 241 confirmed cases of COVID-19 of which 37 remained active and another 24 were mortalities.

Aside from Sogod, the other localities in the province placed under MECQ are Samboan, Sibonga, Argao, Cordova, Oslob, Liloan, Consolacion, Minglanilla, and the cities of Talisay, Carcar, and Naga.

The rest of Cebu province remained under GCQ with heightened restrictions until September 7.

11 localities in Cebu province back to MECQ