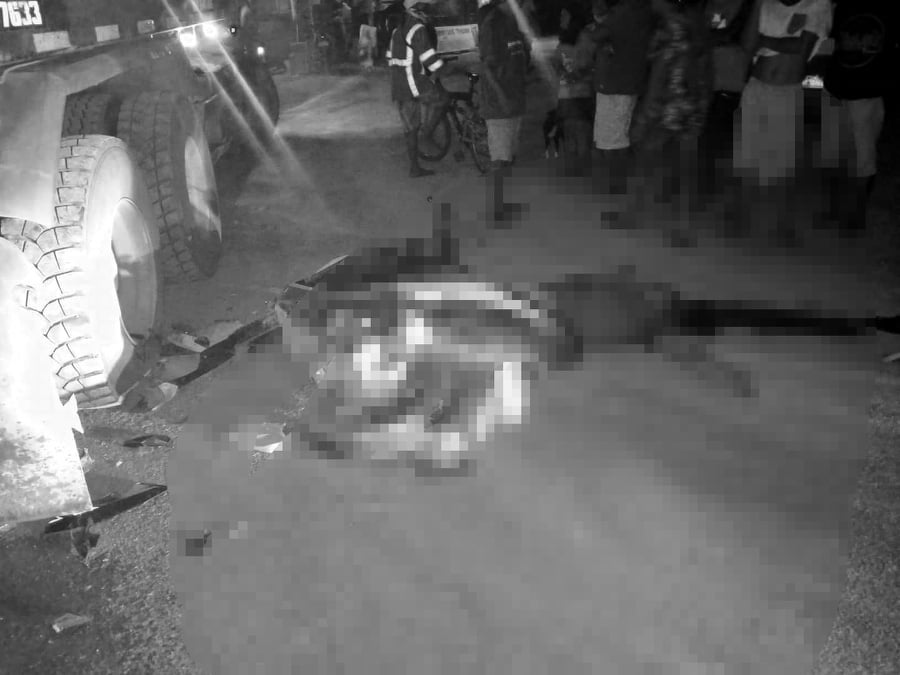 The body of motorcycle driver Rafael Mata Capacio lies on the ground after figuring in an accident in Barangay Banhigan in Badian town, southwestern Cebu on Thursday evening, September 2, 2021. | contributed photo via Paul Lauro

Cebu City, Philippines—A motorcycle rider was killed after figuring in an accident with a dump truck in Barangay Banhigan in Badian town, southwestern Cebu on Thursday evening, September  2, 2021.

In a spot report from the chief of police in Badian, the victim was identified as 49-year-old Rafael Mata Capacio from Barangay Matutinao, Badian.

Capacio was brought to the nearest hospital but was declared dead on arrival by an attending physician.

The driver of the truck was identified as Trippon Abendan Labora, 40 years old, and a resident of Jaclupan in Talisay City, Cebu. He was arrested and detained pending the filing of charges for Reckless Imprudence Resulting to Homicide and Damage to Properties.