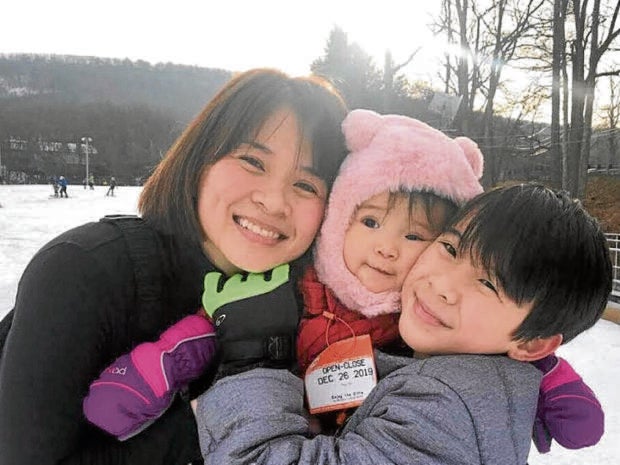 From left: LJ Reyes with kids Summer and Aki

In interviews and conferences with LJ Reyes this past year, questions about Paolo Contis and their relationship were often met with optimism and enthusiasm: She once described Paolo as the family’s “shield” amid COVID-19; she gushed about the bond he has with the kids; and just last July, she said that if it weren’t for the missing “paper,” they might as well be a married couple.

As it turned out, that was just LJ putting up a brave face. Behind cameras and the charming vlogs, his relationship with Paolo had already cracked. And for the past several months, she doggedly held the pieces together from total collapse. But last month, it all finally fell from her grasp.

The breakup was a mutual decision, earlier reports claimed—there was no third party, they simply outgrew each other. None of those were true, LJ insisted. She wasn’t planning on speaking about the issue, but she felt she had to “step up” and “protect” her children by not leaving “twisted facts” unchecked.

And so, the GMA 7 actress reached out to Boy Abunda for a one-on-one, which was uploaded to the seasoned host’s YouTube page last Sept. 1. But while she sought to set the record straight, the interview proved to be a tricky one to navigate.

She talked about the immense pain and the nightmares; the inexplicable changes in Paolo’s attitude toward her; and the need to get her children out of the “situation” and bring them to her mother’s home in New York City for refuge.

But torn between speaking her truth and protecting (or so it seemed) Paolo’s image, she found herself holding back from going into details about what exactly caused the falling out. The hourlong conversation ultimately left more questions than answers. But curiously enough, it was LJ’s occasional bouts of silence that spoke the loudest.

Asked toward the end of the interview if money was one of the reasons behind the breakup, a teary-eyed LJ stared blankly ahead for a couple of seconds, before finally skirting around the question. “My priority now is the children’s welfare,” said LJ, mother to Aki, 11 (with Paulo Avelino) and Summer, 2 (with Paolo).

Another question that rendered her momentarily speechless was about whether or not there was a third party involved. Again, LJ took an intriguing pause, let out a sigh and said, “I feel like many people will be able to figure that out even if I don’t give an answer.”

Earlier in the interview, she alluded to that possibility, saying that her “friends” and “concerned people” had been informing her about “events” and “sightings” involving Paolo. And whenever LJ confronted Paolo about those, the actor, she said, would just say, ‘How would they recognize me … there’s a pandemic, I’m wearing a mask, a face shield… You know where I am.” 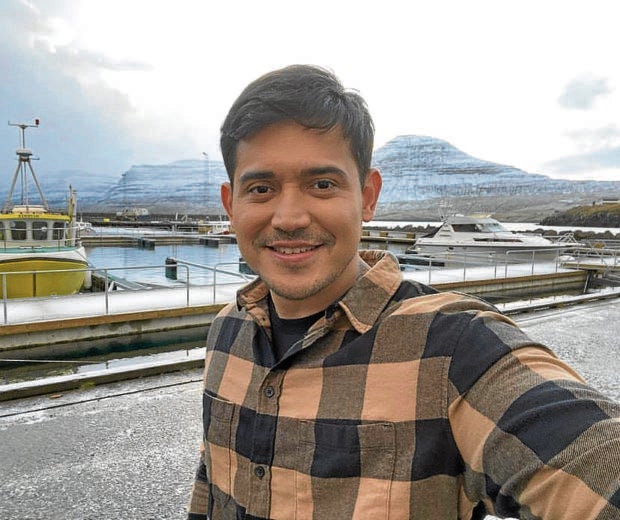 Still, LJ would feel something in her gut. “As a woman, you just know. Actually, it goes for everyone in love—not just women, but for people of all genders… When you love someone, you just know [that something’s off]. When you know the person well, you just know,” she said.

The Inquirer sought Paolo’s manager, veteran columnist Lolit Solis, for a comment, but has yet to give a response.

However, this, LJ, can say as much: The Paolo she was living with the past year wasn’t the Paolo she met six years ago.

“The public knows that he doesn’t have a goody-goody image. So I told him the things I didn’t like back when he was courting me. And he did show me that he was trying to change. I gave him a chance. He treated me, my kids and my family well. I knew him to be tigasin but caring, loving and generous,” related LJ, who also clarified that Paolo has never been physically abusive to their children.

That man was gone, LJ said. “Our breakup wasn’t mutual—it can only be mutual when both of you agree that the relationship isn’t working anymore. But something really changed. I could feel that he had long detached himself from us. It was like he was living in a different world and was just waiting [for the decision to break up] to come from me,” she said.

And then there were the undisclosed “revelations” about Paolo’s “other sides.” “I can’t distinguish reality from the revelation and  information I got from people… Many have shown me proof of what he’s like behind my back. And it’s difficult because what I saw was different … pero meron syang ibang katauhan,” she said.

Even she can’t connect the dots yet. But one thing is for sure: Her love for her children, as she said over and over again, trumps whatever pain and heartache she’s feeling. For now, she will stay in New York indefinitely with her family, so she can “rebuild” herself and “recover emotionally and mentally.”

“I have the option to migrate here… I will sacrifice my career and whatever I have,” she said. “I have no concrete plan. But it’s all about the kids. It all boils down to them.” INQ