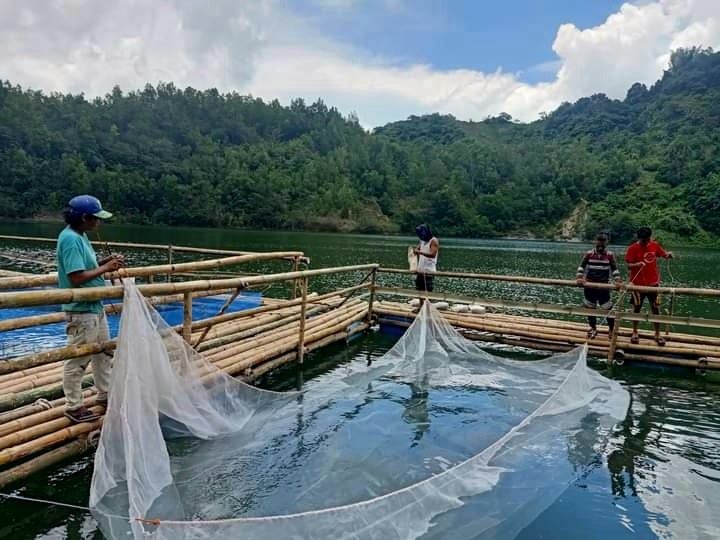 CEBU CITY, Philippines — Fishermen and fisherfolks in Central Visayas can expect to receive bangus and tilapia fingerlings as well as seaweed propagules during the celebration of Fish Conservation Week.

The weeklong celebration began on September 13, 2021, and the Bureau of Fisheries and Aquatic Resources (BFAR-7) revealed that they will be distributing fishing inputs to fisherfolks in selected areas in the four provinces of the region.

For a start, BFAR’s Fisheries Production and Support Services Division will disperse several bangus and tilapia fingerlings in different areas in Cebu province to further increase the fish production here.

Around 50,000 bangus fingerlings will be released at Malubog Dam in Toledo City and at Buswang Lake in Asturias on September 15.

For Bohol, the Multi-Species Hatchery (MSH) will be distributing seaweeds propagules to local seaweeds growers in the province and will be dispersing blue swimming crab instar and hatchery-produced giant clams in Ubay town.

For Negros Oriental, the BFAR provincial fishery office will be distributing various fishing materials today and tomorrow, September 14 and 15, for the beneficiaries of the livelihood projects implemented in the province, boosting the productivity and income of small-scale fisherfolk.

On September 17, the Negros Oriental provincial fishery office will also gather some rebel returnees from Amlan town to orient them on fishpond preparation and planning in order to provide an alternative livelihood for them.

Aside from boosting fishing productivity, BFAR-7 also planned various coastal cleanups in the provinces of Bohol and Negros Oriental, and mangrove rehabilitation in Calape, Bohol.

The Fish Conservation Week observance, which happens yearly on the third week of September, aims to raise public awareness on the dire need of conserving and protecting the country’s fisheries and aquatic resources.

The holding of the weeklong event coincides with the Maritime and Archipelagic Nation Awareness Month (MANA MO), which was proclaimed by President Rodrigo Duterte.

MANA MO is an annual observance celebrated every September that seeks to bring public attention to issues related to national maritime and archipelagic concerns.      /rcg