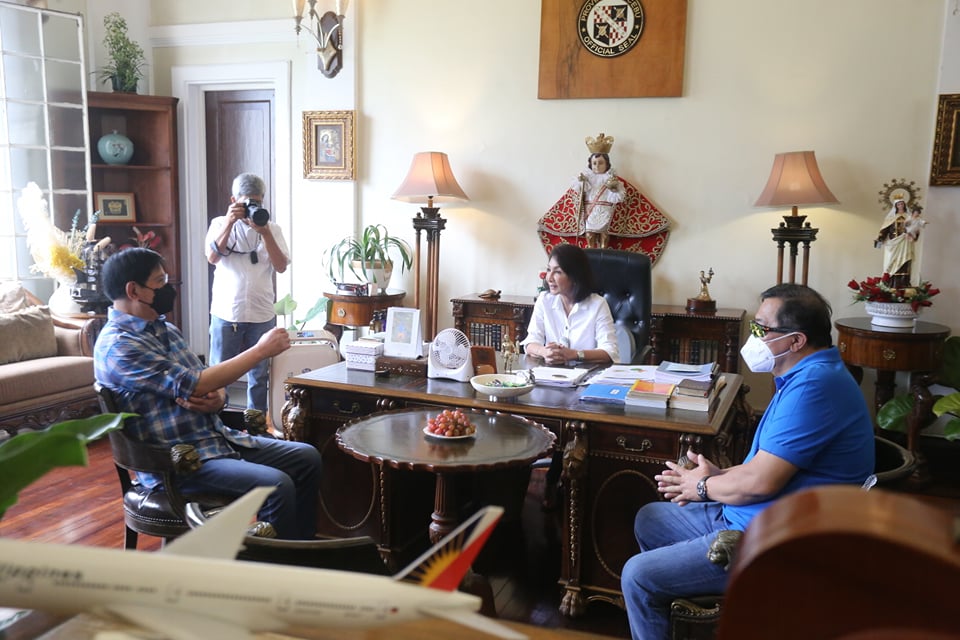 CEBU CITY, Philippines – Cebu Governor Gwendolyn Garcia said that the ONE CEBU Party has not yet decided on who to support for president in the 2022 national elections.

Garcia made the statement after Senator Panfilo “Ping” Lacson, who is vying for president, paid a courtesy visit at her office at the Cebu Provincial Capitol on Friday, September 17, 2021.

During her brief talk with Lacson, Garcia said she emphasized to the senator that ONE CEBU would only decide after November 15, 2021, or after the deadline for substitution of candidacies.

As of now, the incumbent governor said they are focused on strengthening their political party.

She added that though the deadline for the filing of certificates would be on October 8, the current situation in the national scene seems too fluid.

“We’re focusing on the strengthening of ONE CEBU because right now the situation seems to be very very fluid in the national scene. And we will only decide after November 15 even though the deadline for the filing of certificates of candidacy is on the 8th of October. But we have until the 15th of November for substitutions,” said Garcia.

She, however, described Lacson as a ‘decent man,’ stressing that she witnessed it herself during the latter’s visit to her father, the late former Governor Pabling Garcia sometime in 2001.

Garcia recalled that at that time, Lacson, who was then also vying for president, did not even ask for her father’s support as the latter may have already known that Pabling had already committed his support to former President Gloria Macapagal Arroyo.

“Pag-abot lang niya, there was a kidnapping nga na-solve in five days, he proved already his mettle at the time. I remember before when he also ran for president, and my father was the governor then.  If you recall, I think that was in 2001, and I was a consultant for my father and he came to visit my dad. And he had the decency not to ask my father. He knew that my father was committed to GMA. GMA already indicated that she is going to run and I told him kaganiha nga I can never forget the comment my father had… after, [because] I was present,” she said.

During his visit, Lacson was accompanied by former Speaker Pantaleon Alvarez.

On July 9, it was Duterte-Carpio who visited Garcia and said yes to the possibility of running for President in next year’s polls.

A week after, or on July 16, Gatchalian also paid a visit to the governor but denied discussing any politics-related topics.