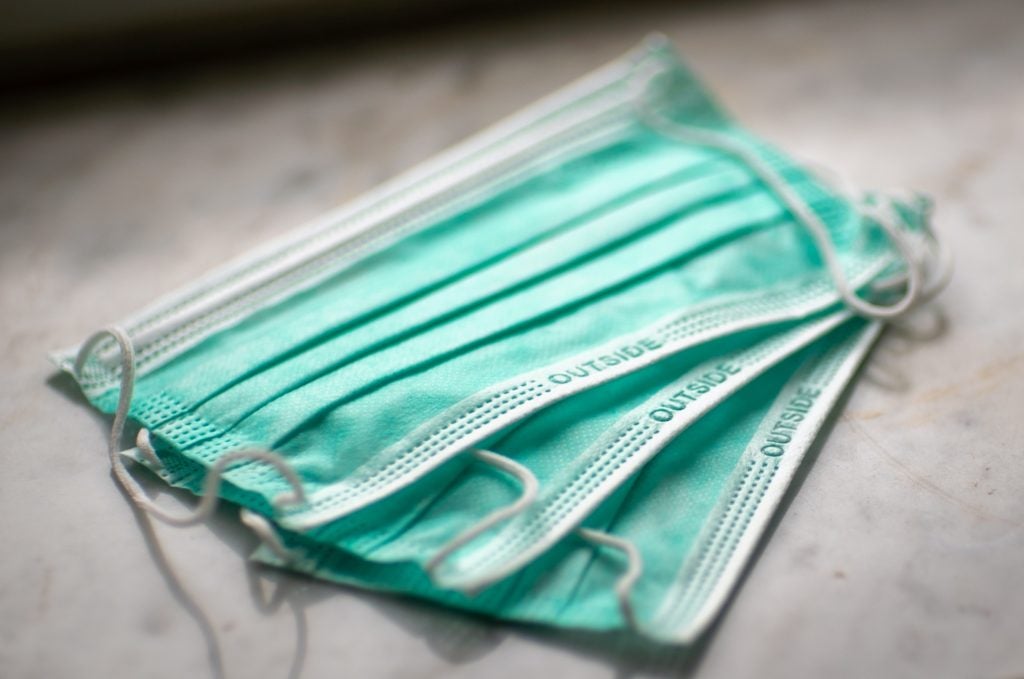 MANDAUE CITY, Cebu –Face masks that are thrown just anywhere often end up in our seas.

And personnel of the Bureau of Fisheries and Aquatic Resources in Central Visayas (BFAR -7) and their volunteers fished several face masks from the waters during their recent cleanup activities.

In a press release, BFAR-7 said they collected a total of 772 kilos of trash that include several face masks during their clean-up activities held from Sept. 13 to 17 in eight areas in the region in celebration of the 58th Fish Conservation Week and the International Coastal Cleanup Day.

The EcoWaste Coalition earlier warned that the irresponsible disposal of the single-use masks may cause harm to others, humans and animals alike.

READ: ‘Do not litter your face masks!’ — EcoWaste Coalition

Personnel of BFAR-7’s  Brackishwater Fish Farm in Ubay town in Bohol province collected 15 sacks of trash weighing 375 kilograms during their cleanup drive held on Sept. 13 and 14.

Separate cleanup drives were also organized by BFAR-7’s  Clarin Freshwater Fish Farm (CFFF) that is also located in Bohol province and the Multi-Species Hatchery (MSH) in Medellin, Cebu in their respective coastal community.

About 20 kilos and 42 kilos of garbage respectively were also collected by personnel of the BFAR 7 – Central Visayas Multi-Species Nursery Demonstration and Training Center in Calape and the BFAR 7 – Multi-Species Hatchery in Ubay, both in Bohol province.