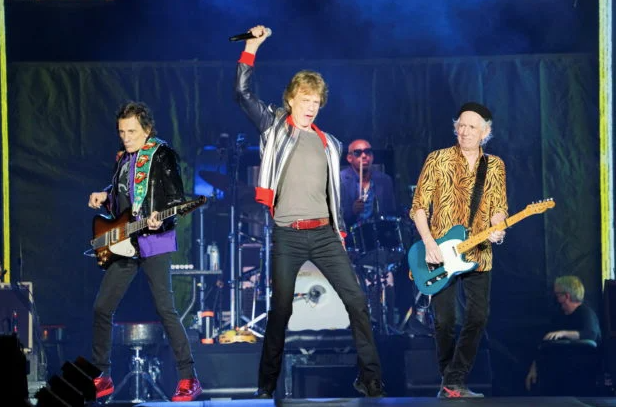 The Rolling Stones kick off their U.S. tour, a month after the death of drummer Charlie Watts, in St. Louis, Missouri, U.S. Sept. 26, 2021. Image: Reuters/Lawrence Bryant

The Rolling Stones kicked off the United States leg of their “No Filter” tour on Sunday with a video tribute to their late drummer Charlie Watts.

The veteran British band, on their first tour since 1963 without Watts, displayed photos and a video of him on huge projections at the St. Louis, Missouri arena, against a drum solo soundtrack.

As the crowd of some 60,000 shouted “Charlie,” “Charlie,” Mick Jagger, Keith Richards and Ron Wood bounded onto the stage for the opening number “Street Fighting Man.”

“It was quite emotional seeing those pictures of Charlie up on the screen. This is our first tour that we’ve ever done without him,” said Jagger, holding hands onstage with Richards.

He thanked fans for their messages of support and tributes to Watts, saying the band had found them “really touching.”

“We all miss Charlie so much both on the stage and off the stage,” Jagger added.

Contrary to rumors ahead of time, there was no black-tongued Stones logo at the show to mark the passing of Watts in August at age 80. The drummer died in London after undergoing surgery for an unspecified condition.

In St. Louis on Sunday, Steve Jordan took the place of Watts on drums. Jordan had been announced in August as a temporary replacement for Watts, whom it was initially thought would return after needing time to recuperate.

The 13-date tour, which was delayed because of the coronavirus pandemic, ends in November and the band has been ambivalent about whether it will be their last.

“I don’t know. I mean, anything could happen. You know, if things are good next year and everyone’s feeling good about touring, I’m sure we’ll do shows. I’m just trying to concentrate on this tour now.” JB